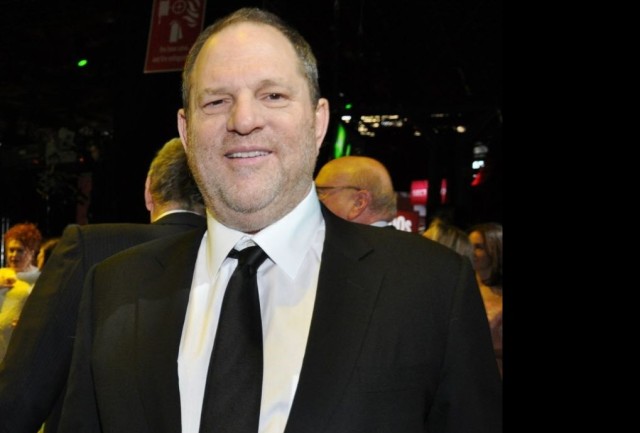 After being introduced by competitor Jeffrey Katzenberg as a “nice Jewish boy, ” who was dutiful enough to name his film company, Miramax after his parents Miriam and Max, Harvey Weinstein talked tough on the subject of anti-semitism at the Simon Weisenthal annual tribute dinner, according to the Hollywood Reporter.

The producer of the film Inglourious Basterds, said in front of an audience containing many Holocaust survivors that it is “too bad movies can’t all be like Inglourious Basterds, where Hitler gets what he deserves.” Commenting on the fact that the frequency of anti-semitic incidents is at its highest point since the end of World War II, Weinstein said, “The lessons of the past are that we better stand up and kick these guys in the ass.”

Weinstein revealed that Miramax’s motto was a quote from Kurt Vonnegut’s Sirens of Titan, “Good can triumph over evil if the angels are as organized as the mafia.’ That is how we built our company. And unfortunately, we (Jews) are going to have to get as organized as the mafia. We just can’t take it anymore. We can’t take these things. There’s gotta be a way to fight back.”

Weinstein added, “While we must be understanding of our Arab brothers and our Islamic brothers, we also have to understand that these crazy bastards (Arab Islamic extremists), are also killing their own–they’re killing their neighbors, they’re killing people from all sorts of races. And unlike World War II, when we didn’t act the right way and paid the price, we’d better start acting now.”