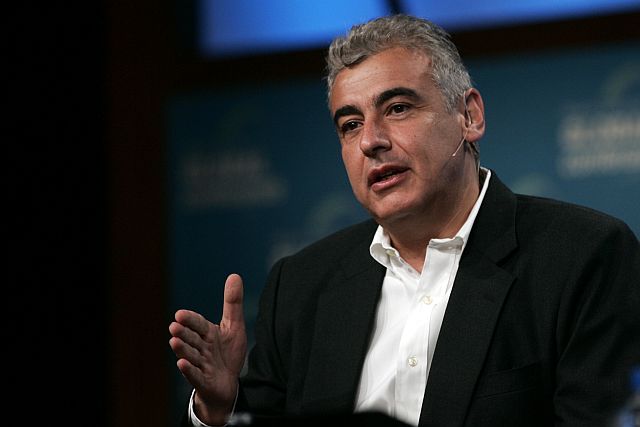 Stern is among five newly named limited partners in the team, which was sold to Lasry and Edens last April for $550 million. He’s a minority owner of baseball’s Milwaukee Brewers, who are owned by Crescent Capital Group’s Mark Attanasio, the report said.

Meanwhile, with the new owners of the Bucks looking at a billion-dollar development that includes an arena, team president Peter Feigin is calling for some level of public assistance for the project, Arena Digest said.

It’s clear that the current facility, the BMO Harris Bradley Center, is approaching financially obsolete status. Former owner Herb Kohl struggled to break even while running a shoestring operation, and new owners Edens and Lasry made their purchase knowing a new arena was needed, pledging $150 million toward a new facility, the report said.

Kohl, a former U.S. senator known for his largesse, has pledged $100 million toward a new arena. And, given that a new arena will cost between $450 million and $500 million, having at least $250 million pledged already is a good start, the Digest said.

But Feigin, Eden and Lasry are thinking big. Instead of just envisioning a new downtown Milwaukee arena, they’re looking at a billion-dollar development that includes retail, restaurants and more. Downtown Milwaukee isn’t exactly boomtown: the Third Ward has definite signs of life, but overall Milwaukee is still a very struggling city. Turning the downtown into a definite destination will be a challenge, and to their credit Eden and Lasry are tackling the issue, the report said.

In another development, Jeffrey Katzenberg, the embattled CEO of Dreamworks Animation, was overheard planning his fundraising strategy for Hillary Clinton’s presidential run at lunch in the Caribbean with Lasry, the Washington Free Beacon said.

The New York Post reported that Katzenberg and Lasry, who are both major Democratic donors, discussed fundraising for Clinton while they dined at a restaurant located in the Viceroy Anguilla hotel in the Caribbean, the report said.

Katzenberg, already a Clinton supporter, hosted a fundraiser for Senate Democrats in October that was attended by the potential presidential candidate.

2014 was not a good year for Katzenberg. Much of it was spent aggressively looking to sell his film studio, but his desperate attempts all failed. Lasry didn’t have the best year either. He was forced to withdraw his name from contention to be the U.S. ambassador to France over his ties to a high-stakes poker ring, the Beacon said.