–
The Israel Securities Authority has made further arrests in connection with suspected bribery at Israel Electric Corporation. 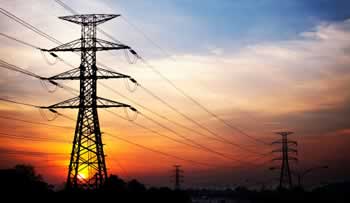 The gag order barring reports that the Israel Securities Authority has detained for questioning additional senior Israel Electric Corporation (IEC) (TASE: ELEC.B22) officers in the Siemens bribery affair was lifted today. Among those detained are Yakov Hain, until a few days ago deputy CEO of the company, and former deputy CEO David Kohn, who left the company in 2004. A gag order still applies to other particulars of the affair.

While former District Court Judge Dan Cohen is serving a six-year sentence, after admitting that he took a $1.025 million bribe from Siemens for steering very large-scale IEC tenders, in recent months the authorities have continued their efforts to identify and prosecute additional parties suspected of receiving millions of shekels in bribes from Siemens.

In June, it was permitted to report that the Securities Authority and the police were questioning under caution four businessmen and former public servants at IEC suspected of receiving or being involved in transferring $16 million in bribes from Siemens.

The four men are former Siemens Israel energy and industry division manager Oren Aharonson, who later became CEO of the company in Israel, and who was a state’s witness against Dan Cohen; Oakfield Ltd. owner Shlomo Daniel, Aharonson’s brother-in-law; forex trader Anton Mitchell Dalin, who has been an associate of Aharonson for years; and Haim Bar-Nir, until recently IEC business development – production manager and IEC deputy planning manager during the relevant period.

The four men are suspected of taking $16 million in bribes. It is suspected that the bribes were given by Siemens and transferred by Aharonson through Daniel and other to Bar-Nir and Dalin using various overseas accounts.

IEC said in response to the report, “Israel Electric Corporation will assist all the enforcement agencies to uncover the truth in whatever is required. The events in the Siemens affair occurred more than a decade ago, a long time before current chairman Yiftah Ron-Tal and CEO Eli Glickman were appointed. The chairman, CEO, directors and management are acting with maximum transparency and will assist as much as is required to reach the truth. We also stress that the company’s management has a policy of zero tolerance for corruption and does all in its power to maintain transparency and proper corporate governance.”