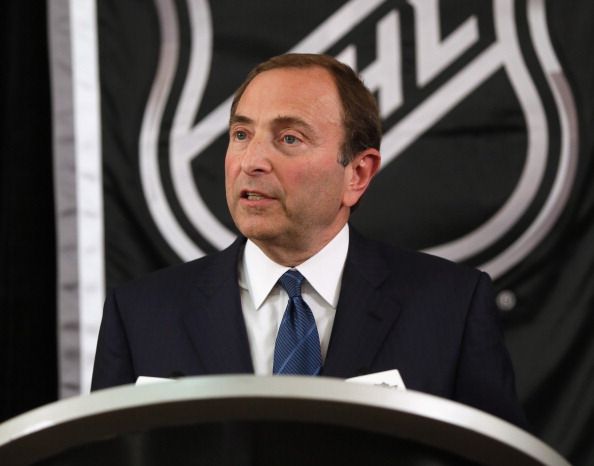 NHL Commissioner Gary Bettman discussed what is going on in hockey at a press conference, as reported by Canoe.ca Sports.

Mumps has been a big problem in the league, with cases almost doubling from 2013. Sidney Crosby was one player who was hit with the illness, and the NHL is consulting the Centers for Disease Control on how to prevent and delay the spread of mumps. The Blues, Ducks, Wild and Rangers have been the most affected by mumps.

The NHL’s Russian counterpart, the KHL, is stumbling because of the financial crisis with the ruble and oil. Many of the Russian league teams were backed by oil money, but with the price of crude tumbling, they are losing their funding.

There is talk that there might be a hockey  team in Las Vegas, and there is also talk that Bill Foley may be a partial owner. However, critics wonder with all the distractions in Sin City, will there be enough interest to attract fans to fill the stadiums?

There is talk that the NHL will have many more outdoor matches. In 2014, there have only been two, but there are more expected for 2015 and 2016 in Winnepeg, Boston, Denver hosting matches outside. In addition, the World Cup for Hockey is expected to be revived in Toronto for 2016.