Relations between Teva and Biotec have deteriorated into a legal dispute and an entanglement with the Russian authorities. 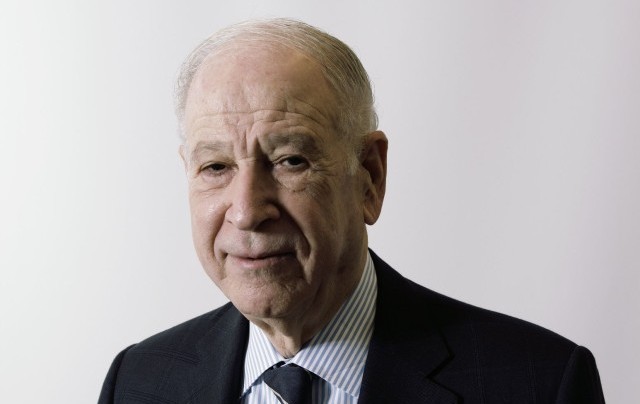 After years of successful partnership, relations between Teva Pharmaceutical Industries Ltd. (NYSE: TEVA; TASE: TEVA) and Russian company Biotec Group have deteriorated into a legal dispute and an entanglement with the Russian authorities. Biotec owner and chairman Boris Shpigel is himself having trouble explaining what has happened.

“Throughout the entire period of our business with Teva, I acted as a Jewish and Israeli patriot to promote the economic interests of Israel and Israeli companies in Russia and Europe, ” Shpigel says. “I tried to accomplish this through Biotec’s unique status in Russia – not only as one of the major pharmaceutical companies, but in general. We worked closely with the Israeli embassy, and we pushed a lobby for writing legislation and regulation related to this. We knew that a lot of the pension money of Israelis was invested in Teva, and it’s important to me personally to enhance its strength.”

Shpigel, a dual Russian-Israeli citizen, divides his time between Russia and Israel. He is president of the World Congress of Russian Jewry, and is a former member of the Russian Federation Council. He founded Biotec, a private company, in 1991, which he says has annual revenue of 24-30 billion rubles (about $400 million at the current rate of exchange).

According to Shpigel, cooperation with Teva began 15 years ago, when the late Eli Hurvitz was chairman. In 2010, his relations with Teva were stepped up, and involved Copaxone, Teva’s flagship product for treatment of multiple sclerosis and its biggest selling drug, which is estimated to account for half of its profits. “In order to enhance Teva’s presence in the Russian market, we agreed on a special project to promote the drug throughout Russia as the spearhead of our activity with Teva. We invested a lot of money, $15-17 million, in the project, and set up a special team. In 2010, we signed a five-year contract with Teva. One of the contract’s clauses says that the final stage of production, meaning the packaging and everything it involves, will take place in Russia, so that it will be considered Russian production and be entitled to preference (this means a benefit involving pricing the project in tenders).”

The beginning looked promising. “It was an excellent beginning. In the first three years, we increased the market share and sales substantially, ” Shpigel says. “Before the agreement with Biotec, Teva worked in Russia on a small scale, and sold 80, 000 units. After three years, the volume expanded to 186, 000 units. We worked for the patients’ interests, and took action that proved that Copaxone was better than the competing drugs. We did thorough marketing work in Russia, and we enlarged the market.”

“Globes”: How was the revenue divided?

Shpigel: Our profit was 2-2.5%. This was a project designed more for the image than the direct profit. Biotec positioned itself in this way as a sales agent of a leading company, just like we work with other leading foreign companies.”

Was the partnership with Teva for business purposes, or was it Zionism?

“It was born as a business plan, but we always gave Teva preference as an Israeli company, and we wanted to show that its products were better that those of its competitors in the US and Europe. We promoted many of Teva’s products in the market, in place of competing products.”

317 letters and not one answer

Shpigel says that this ideal situation ended because of processes that happened at Teva. “At the beginning, there were no disputes, and the work flowed well, ” he says. “No complaints or claims against Biotec were ever made, nor did it ever have any of its own. What I’m saying may appear sensationalistic, but I’m willing to declare here that this is what happened within Teva itself: after Hurvitz died, Dr. Phillip Frost was appointed chairman, and the board of directors was split into two parts: an American part and an Israeli part. Jeremy Levin, who was previously responsible for development of new technologies at Novartis, was appointed CEO. As soon as he got to Teva, he announced that it would focus on research and development of new products. That was a disaster for Teva, because it was a generic company. That’s where their expertise is, and that’s what they do the best, as the best and most successful generic company in the world.

“Very strange events began to occur at Teva, and the company began spending money irresponsibly. Frost continued the acquisitions campaign, and the emphasis was changed at a certain stage, and the company spirit was dictated according to US interests, and with respect to the US market. At the same time, Teva, which gets tax benefits from Israel, announced that it was laying off workers.

“All that is the background. Suddenly, in 2013, without any prior notice, Teva stopped supplying Copaxone through Biotec. Just to make things clear and simple, we sent 317 letters to Teva, none of which were ever answered. They disappeared, and cut off contact completely and absolutely, as if the earth had swallowed them up. We started finding out what happened, and what we were told by sources around was that Teva had apparently committed bribery, and as a company listed in the US, was under investigation by the Securities and Exchange Commission (SEC). That is part of Teva’s policy, and those are the results.”

Teva indeed revealed in its expanded report on 2013, published in early 2014, that it was being investigated by the SEC, and that questions had been raised concerning possible violations of the Foreign Corrupt Practices Act (FCPA) in several countries, one of which was Russia. For its part Biotec instituted legal proceedings. “We suffered huge damages as a result of our commitments in tenders, ” Shpigel says. “In addition, Teva caused itself huge public relations damage in Russia by committing a breach of trust.”

An abundance of lawsuits

Despite warnings from the Federal Anti-monopoly Services of Russia (FAS), Teva did not resume its supply of products to Biotec. Instead, it began marketing Copaxone in Russia through Teva Russia, its Russian subsidiary. “There is a section in the Russian penal code called “commercial fraud, ” and supplying Copaxone for government tenders through Teva Russia is a preference that constitutes commercial fraud, ” Shpigel declares, adding, “All this time, we continued a steady stream of letters to Teva saying that beyond the agreement, they were harming the good name of Israel in Russia.”

The proceeding at the FAS was initiated by Biotec, which alleged violation of the protection of competition laws and violation of the 2010 agreement. Teva’s refusal to supply the drug to Biotec was recognized as a violation in late 2013. In July 2014, Teva won an appeal at the Court of first instance, but the court of second instance overturned the ruling in October 2014, giving Teva a nominal 300, 000-ruble fine (about $4, 400), which it is appealing. A hearing on the appeal is expected in the coming days.

At the same time, Biotec started a civil proceeding. In early 2014, it filed a 408 million-ruble lawsuit ($5.7 million) for damages caused in a 2014 government tender. Biotec is not ruling out filing another claim for the tender in late 2014 the last one included in the 2010 agreement.

I can say that a friendly hand was extended to Teva, which it bit. I wrote a letter that I signed personally as chairman. I don’t want to damage Teva’s good name. I’m asking for only one thing: to sit down and understand what happened, ” Shpigel says. “I deserve an explanation. It appears, though, that internal politics in Teva and the legal line dictated by its US lawyers leave no way out of this swamp, or even to hold a meeting. How does it happen that two partners can’t even meet? We said that we were willing to withdraw all future claims against Teva; let’s just sit and talk – but there’s no answer.”

Shpigel: “I can only guess that there are two unholy motives there. My personal opinion is that Teva has become a US company, not an Israeli one, even though it still receives tax benefits in Israel, but I don’t want to raise hypotheses with no legal foundation. In any case, this policy was typical of the previous management, and Teva’s current management has not managed to change the situation. I believe that this is liable to lead to disastrous results for Teva – no less – in the Russian market, with consequences and aftershocks in other markets. Biotec works with 80 Western companies all the major companies, including AstraZeneca, which has products similar to those of Teva. We tried to give Teva’s products preference, and now AstraZeneca’s people are coming to us and asking, ‘What about it?’ All we can do it is to look down and cooperate from a position of inferiority.”

As of now, what is the state of business between Teva and Biotec?

“There’s no business connection at all now.”

In retrospect, do you regret the connection with Teva?

After some hesitation, Shpigel answers, “It’s hard for me to say, because it’s hard to define business in these terms. Honestly, I regret that Teva blackened Israel’s name and at a time when Russian businessmen and companies want to establish links with Israeli companies, the example of Teva and Biotec, which has become notorious in Russia, is very negative. As far as I know, there are very few Russian companies willing to cooperate with Teva.”

Teva said in response, “Teva is convinced that all its actions have been legal, and it will act forcefully through all the means available to it to exercise its legal rights.”