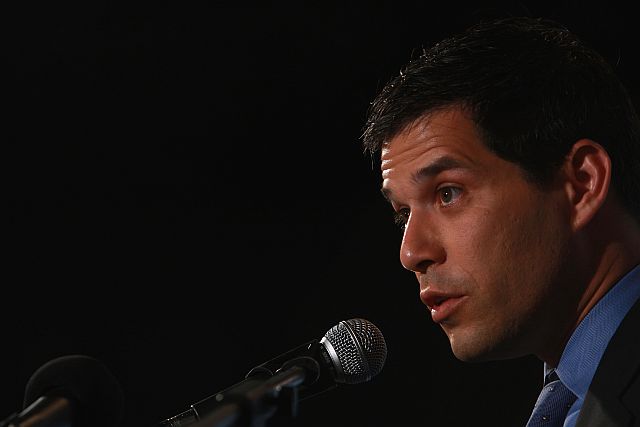 In July, “Globes” revealed that Better Place founder and former CEO Shai Agassi is planning a comeback and is founding a new start-up. At the time, the story included only the name of the company, Newrgy, and the assumption that it plans to operate in the field of electric public transport, starting in the London area. But even this short, preliminary story made waves internationally, which says more about the staying power of the Shai Agassi “brand” than anything else.

Agassi is a serial investor who is incapable of resting on his laurels (or on his piles of cash), and who is dedicated to advancing revolutionary ideas that are ahead of their times, that span the world, and that sometimes straddle the fence between reality and imagination, and between fact and fiction. We don’t know of many entrepreneurs who wouldn’t keep a low profile for a few good years following such a widely publicized collapse of a company, as happened in the case of Better Place.

Fact: Last month, less than 18 months after turning out the lights at the Better Place offices, a new company bearing the official name Newrgy Motors UK was registered in London, and the list of owners and directors had only two names on it: Shai Agassi and his father, businessman and entrepreneur Reuven Agassi. The company’s address is at a prestigious business center in London and, to judge from the company’s name, probably deals in transportation, and that, more or less, sums up the official information on the matter. Agassi, as has been his way from time immemorial, has maintained secrecy and discretion that would make any intelligence organization proud, and releases only information that serves his purposes to the public, and only when it serves him best.

On the other hand, we too have gained significant experience over the years in deciphering the complex puzzle that is Shai Agassi, and we have learned to identify the hints and clues hiding between the lines, and can shed some light on Agassi’s business plans. We found a few such clues in an article that Agassi published on LinkedIn last month, very close to when the new company was founded. The article is about the business models and the influence of utility companies – the mega-infrastructure companies that provide essential services to the general public, such as electricity, water, and even information, in the modern age.

Agassi opens the article with a historical survey of the evolution of these companies – from the industrial companies that traded manpower for machines, to the first electric companies that provided “local” electricity and expanded into a global network, and on up to the giant services companies, which emerged on the foundations of the Internet, such as Cisco for routers, Google for information search and classification, Amazon for books, and more. All the aforementioned companied, according to Agassi, were blessed with a very long-term vision, which would, over time, generate massive revenues. Agassi points to a gold mine for entrepreneurs with vision, and says, “One out of every three dollars that consumers spend will reach industries that will be reinvented in the next ten to twenty years.”

If we unwrap the historical survey and the clever rhetoric, we may reveal the heart, the difficult essence of the piece, which hints at the vision that Newrgy is aiming at: viewing private urban transportation as a potential arena in which to create a new, global utility company.

Agassi says the following: “As mobility becomes a service, drivers of the cars of the future will go from hands-free driving, to pedal-free driving, to thought-free driving. When electric pods with autonomous driving capacities transport drivers from point A to point B, most people will prefer to be driven to buying a vehicle and operating it. More importantly, mobility as a whole will go from being an asset to being a utility service. Brand identification will be transferred from the auto manufacturer to the service provider (today people identify themselves with the cars they drive). Electric transport pods are quiet, clean, comfortable, and will be life-changing in cities and in suburbs.”

The general idea is not a new one, and quite a few private and government projects, and even auto manufacturers, are trying to create a model for personal autonomous electric transport for city centers. Better Place tried to head in that direction and become a sort of a “service company, ” through trials with electric taxi stations in Tokyo, San Francisco, and the Netherlands, which were received with much fanfare, support, and, most importantly, generous government funding.

In the article, Agassi alludes to the desired financing sources for such a project – global banks – which may be interpreted as a stab at the Better Place investors, who cut off funding to the company and did not give it sufficient breathing room to realize its long-term vision. This is what Agassi says, with unabashed sarcasm: “Service companies start out as ‘science fiction, ’ but then are born into reality through science, and are funded by those who are able to see beyond their quarterly profit reports.”

Another clue may found in an article Agassi wrote earlier the same month, the subject of which was Larry Ellison’s retirement from Oracle management. In it, he praises Ellison’s vision, which contributed greatly to the advancement of the “service company” model. We do not know if Ellison is on Agassi’s investor list, but there is no doubt that the entry of a billionaire strategic investor with vision (as Idan Ofer was for Better Place) in the new company could give it momentum, and open doors in the financial system, which will undoubtedly give Agassi the cold shoulder after the last round.

3) London in the electric vanguard

Currently, autonomous electric transport trials are in early stages, worldwide, and it is not known exactly how or if Agassi’s new company will be incorporated into this vision. But there is no doubt that the choice of London as a launching point is a correct one. The UK capital suffers from extreme traffic congestion, and is positioned today in the vanguard of public electric transport. The city rolls out a red carpet for entrepreneurs seeking to advance electric public transport, and even sets aside significant budgets for it.

The autonomous “electric pod” model for the transport of passengers has already been implemented, albeit on a miniature scale, in Heathrow Airport’s internal transport system. At Heathrow, a few outdated buses were replaced with 22 small, electric pods, which move along fixed tracks. The town of Milton Keynes, about 75 kilometers from London, plans to deploy electric “personal transport pods, ” at an investment of more than $100 million.

Early this year, a French infrastructure company owned by billionaire Vincent Bolloré won the franchise to renew and deploy thousands of charging stations for electric vehicles in London. Bolloré’s ride-sharing company currently operates hundreds of electric vehicles in Paris, and the goal is to replicate the model in the greater London area as well. And these are just a few examples of the excitement surrounding green energy in London and other cities around the world.

Through cynical Israeli eyes, that have seen the collapse of Better Place and witnessed its death throes, Agassi’s new business may appear too futuristic and detached from reality. But we must remember a few things: this is a much more specific, cheaper, and less megalomaniacal vision than the original vision of Better Place; this is a market that is likely to attract a great deal of government and municipal investment in the coming years, if only to cleanse their environmental consciences; and these are not Israeli customers, who are completely indifferent to environmental matters, but European ones.