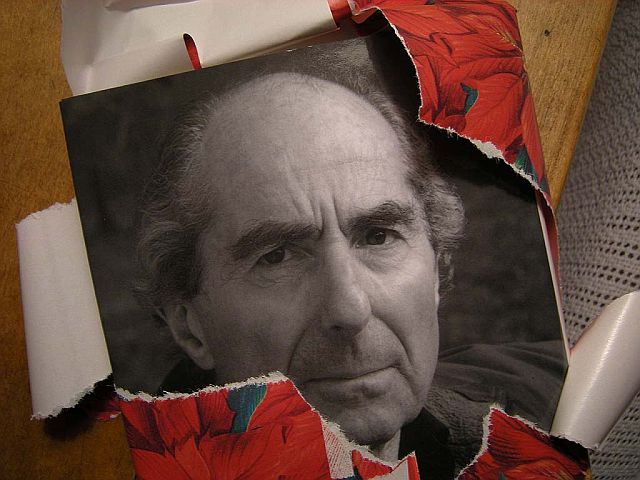 It has become an annual tradition like the Jewish holidays (which ironically fall when the news reaches us this year): Philip Roth, the greatest living American novelist has been snubbed for the world’s highest literary honor  yet again. This time it was in favor of France’s Patrick Modiano. Last year, it was Canadian novelist Alice Munro. Roth has won every major literary prize (except the Nobel); he has been awarded the Pulitzer Prize, The National Book Award, the Booker Man Prize. He was the first recipient of the Yaddo medal on its maiden voyage. His 80th birthday, which came shortly after the announcement of his retirement, led to a year-long fest of all-things-Roth: A Roth tour of Newark, a street named after him there, the announcement of two new major motion pictures made of his books “The Humbling” and “American Pastoral, ” panels of literary critics discussing his significance in glorious (and deserved) superlatives and Meryl Streep reading selections from his work onstage.

The author of “Portnoy’s Complaint” “Goodbye Columbus, ” “The Zuckerman Trilogy” and “Sabbath’s Theater” has been quite active in his public retirement, helping Blake Bailey with his biography, appearing for interviews and documentaries which for decades, he shunned. So Roth devotees wonder, Why hasn’t he been awarded the Nobel Prize?

One explanation is that the Nobel committee seems loath to award it to yet another American (however, Modiano is the 11th French author to get it, but perhaps that is a special dispensation for the French in the world of arts and letters). I heard a rumor that some women on the committee do not want to reward a writer whose books they consider “misogynistic, ” (although, a not so careful reading of his work, even at its edgiest, may lead to the irresistible conclusion that as an equal opportunity satirist, he takes a swipe at just about everyone).

Add to the list this observation (mine): the Nobel Committee has never really liked sex and humor.

Lawrence Durrell, author of the Alexandrian Quartet, a work that dwarfed his poetry in popularity (some critics believed that had his poetry received proper attention, he would have been considered one of the greatest poets in his generation) was also snubbed after careful consideration. At first the Nobel Committee said “The Alexandrian Quartet was not enough (ignoring his poetry), ” but then added something that sounds more persuasive, given their sensibilities: They wrote that Durrell, “gives a dubious aftertaste … because of [his] monomaniacal preoccupation with erotic complications.” Nobel laureate Isaac Bashevis Singer believed Henry Miller deserved it, but after the scandal created by works such as “Tropic of Cancer” it wasn’t happening. Hell, they almost didn’t give it to Singer because they thought he was too sexy (in his personal life or work, not sure, probably both). Vladimir Nabokov was a master prose stylist; I don’t recall sex playing a huge role in much of his work, aside from “Lolita” but alas, the Nobel Committee would never forgive him for “Lolita, ” just as Roth would never be forgiven for Portnoy. Milan Kundera, whose serious and humorous philosophical novels probably had too much nookie in them for the committee. Without the humping, I have a feeling he could have secured the Nobel for “The Unbearable Lightness of Being” alone, although it would have been a much poorer book with the omission of his insights on human sexuality as an expression of individualism amid the suffocating, voyeuristic environment of political oppression. And getting away from the Nobel for a second, the fact that Howard Jacobson had to defend writing novels with humor in them (he didn’t say this, but implying this might be why it took him so long to win the Booker), says something.

So ever year I tell my fellow Roth enthusiasts till I’m blue in the face, “If Philip Roth were going to receive the Nobel Prize, he would have by now. The committee is filled with humorless prudes and has been for a long time. It isn’t going to happen”  But no one ever listens. And perhaps we shouldn’t accept it and should embrace our yearly kvetching over this as a hallowed tradition. Like swinging chickens over our heads on Erev Yom Kippur.