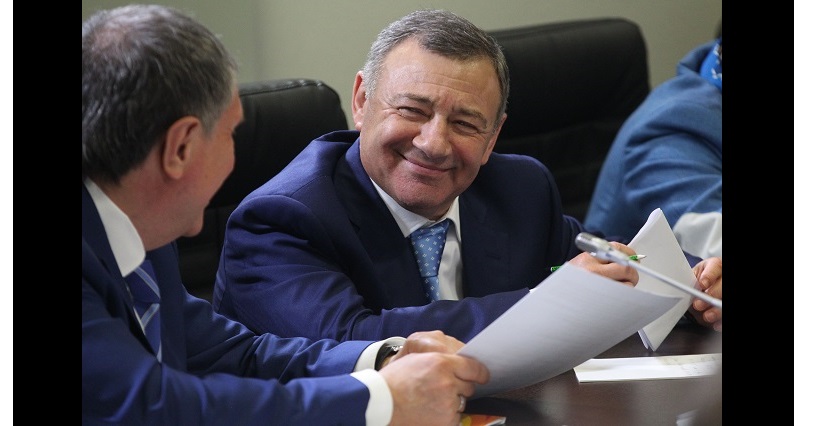 Italian authorities seized property worth about $40 million from Arkady Rotenberg, a close friend and the judo partner of Russian de facto Czar Vladimir Putin, Reuters reported. An Italian finance police official said on Tuesday the property belonged to companies associated with Rotenberg, which are targeted by E.U. and U.S. sanctions.

Rotenberg was named by the Americans and the Europeans in July as the target of sanctions imposed on the Russians their shenanigans in the Ukraine, Reuters reported.

The Italian police official said the assets belonged to the Rome-based company Aurora 31, which is controlled by Rotenberg through a Cyprus-based firm.

The seizure included an apartment in Cagliari, Sardinia, villas on Sardinia, a villa near Rome, and a hotel in central Rome.

They also took a villa in Sardinia which is actually owned directly by Rotenberg.

Poor tycoon will have to spend winter in Moscow. We recommend long johns (not available in red).

According to the U.S. Treasury, the brothers Arkady and Boris Rotenberg have monazite their close friendship with Czar Vladimir to win $7 billion worth of contracts for the Sochi Winter Olympic Games, as well contracts from the Russian state-controlled gas firm Gazprom.

It’s good to be the friends of the king.