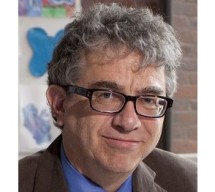 Most reviews of Thomas Piketty’s book Capital in the Twenty-First Century have already been written since its startling rise to the top of bestseller lists in April. But I thought it wise to read the volume in its entirety before offering my thoughts. It has taken me five months, but I have finally finished it.

One thing that the book has in common with Karl Marx’s Capital is that it serves as a rallying point for those concerned about inequality, regardless of whether they understand or agree with Piketty’s particular argument. To be fair, whereas very little of what Marx wrote was based on carefully collected economic statistics, and much of it was bizarre, much of what Piketty writes is based on carefully collected economic statistics, and very little of it is bizarre.

In the United States, income inequality by most measures has been rising since 1981, and by 2007 had approximately re-attained its early-twentieth-century peak. The same is true in the United Kingdom, Canada, and Australia. In these countries, income inequality declined sharply from 1914 to 1950, as it did in France, Germany, Japan, and Sweden. But in the latter group, the income distribution is now far more egalitarian than it was at peak inequality a hundred years ago.

Economists, at least in the US, have focused on several causes of the increase in inequality. First, there is the wage difference between “skilled” and “unskilled” workers, defined according to their educational attainment. Here, higher wages are often agreed to reflect the economic value of skills appropriate to an increasingly technological economy, and the question is how to improve workers’ skills.

Second, there is the high compensation of corporate executives and people in finance. The financial crisis of 2008 left many observers understandably doubtful of claims that this compensation is a return to socially valuable activities.

Third, there is the winner-take-all character of many professions. In a society that can identify the best dentist in town or the best football player in the world, relatively small differences in abilities win far bigger differences in income than they used to. Finally, there is “assortative mating”: highly accomplished professional men now marry highly accomplished professional women.

Piketty focuses on none of these sources of inequality, all of which are related to “earned income” (wages and salaries). Rather, his central concern is what he regards as a twenty-first-century trend toward inequality of wealth, brought about by the steady accumulation of savings among the better off, which are then passed down, with accumulated interest, from one generation to the next.

It is true that capital’s share of income (interest, dividends, and capital gains) rose gradually in major rich countries during the period 1975-2007, while labor’s share (wages and salaries) fell, a trend that would support Piketty’s hypothesis if it continued. Piketty deserves credit for pointing out the lack of a foundation supporting assertions that capital’s share will necessarily revert to a long-run constant.

But interest rates have been at all-time lows in recent years – virtually zero. And the claim that in the long run the interest rate must be substantially greater than the economic growth rate is absolutely central to Piketty’s book.

That said, Piketty’s vision is focused squarely on the truly long run: century-long trends, not decade-long fluctuations. For example, the recent global financial crisis runs counter to his ultra-long-run hypothesis: his statistics clearly show a discrete fall in inequality and in capital’s share in 2008-09, because asset prices plummeted. But, from the perspective of his analysis, this is a historical blip.

The most dramatic movement in Piketty’s graphs is the second one, the sharp fall in inequality in the period 1914-1950. This is attributable to the destruction of capital – owing to two world wars, the 1929 stock-market crash, and inflation – as well as an historic move toward big government and progressive taxation.

What is surprisingly scarce in Piketty’s data is evidence that the third movement – the renewed upswing in inequality that started around 1980 – is due to a shift from labor back to capital. The share of capital income in the UK and France remains far lower than it was in 1860. The increases in various measures of inequality since the 1970s have had more to do with shifts within labor’s share (between different categories of earned income) than with wealth. Today’s rich work, unlike those in the Balzac-Austen era.

Thus, Piketty’s hypothesis is more a prediction of the future than an explanation for the past or an analysis of a recent trend. It is a prediction that interest rates will rise substantially above the growth rate, capital will accumulate, and the rich will get richer through inheritance and capital income, rather than through outlandish salaries and stock options. For all of Piketty’s impressive historical data, his prediction is based mainly ona priori reasoning: income distribution must tend to inequality because savings accumulate.

But one could just as easily find a priori grounds for predicting that countervailing forces will emerge if the gap between rich and poor continues to grow. Democracy is one such force. After all, the rise of progressive taxation in the twentieth century followed the excesses of the Belle Époque.

A few years ago, the US reduced federal taxes on capital income and phased out the estate tax, benefiting only the upper 1% – moves widely viewed as demonstrating the political power of the rich. But imagine that in the future we lived in a Piketty world, where inheritance and unearned income fueled stratospheric income inequality. Could a majority of the 99% still be persuaded to vote against their self-interest?