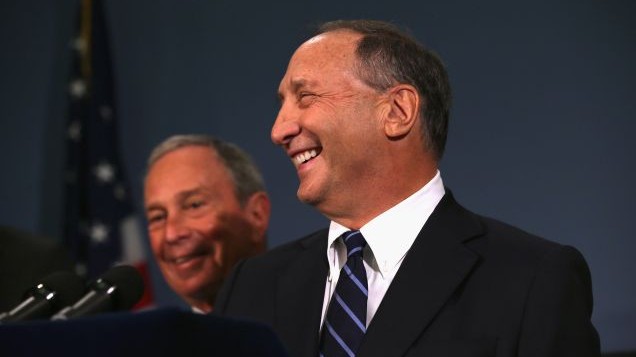 Bruce Ratner’s firm’s new, Downtown Brooklyn housing project has drawn the ire of local residents who maintain that its recent demolition of buildings left their homes covered in dust.

The residents of the 24-unit One Rockwell Place are furious over Ratner’s demolition of a full city block, which they assert is not being carried out according to city codes. They’re worried that all the dust that was released into the air might be toxic. The residents have families with children, 11 of whom are under the age of 12,  and one newborn baby.

One resident, Laura Tucker, said that her home is filled with a layer of fine grit. She said her curtains turned grey, and if she leaves out a paper towel near an open window it quickly turns black.

Residents say they only want Ratner to clean up their homes.

Forest City Ratner denied the allegations. Its Senior Vice President of External Affairs Ashley Cotton said in a statement, “During the entirety of the demolition of 10 MetroTech, we employed dust control methods outlined in the New York City Department of Environmental Protection regulations in order to control dust and we are within DEP and national regulations for dust generation. We are in full compliance with all regulations.”

Demolition of the 359, 000 square foot property began in May.

Located in the Fort Greene neighborhood of Brooklyn, the demolished building used to be a candy factory that Forest City Ratner acquired in 1989 and then converted into an office building they named 10 MetroTech. The firm intends to build a new residential complex there.

Forest City Enterprises, Inc. is a NYSE listed national real estate company. It is principally engaged in the ownership, development, management and acquisition of commercial and residential real estate and land throughout the United States.

Founded in 1920 and based in Cleveland, Ohio, Forest City’s portfolio includes hundreds of properties located throughout the United States.