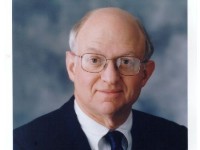 The US Federal Reserve is battling with members of Congress over a proposed law, the Federal Reserve Accountability and Transparency Act, that would require the Fed to use a formal rule to guide monetary policy. The Fed fears that the law would limit its independence, while the bill’s proponents argue that it would produce more predictable growth with low inflation. Who is right?

In order to understand the conflict, it is useful to compare the Fed’s independence with that of the Bank of England and the European Central Bank.

In Britain, the BoE has “instrument independence” but not “target independence.” The head of the Treasury sets a goal for the inflation rate and leaves it to the BoE to decide which policies will achieve that goal. If the target is missed by more than one percentage point on either side, the BoE’s governor must send an open letter to the head of the Treasury explaining why (and what the Bank proposes to do about it).

By contrast, the Maastricht Treaty tasked the ECB with maintaining “price stability, ” but left it free to provide its own operational definition. The ECB defined price stability to be annual inflation of less than but close to 2%. Given the structure of the European Monetary Union, there is no government oversight of the ECB, which thus has both “target independence” and “instrument independence, ” though restrictions preclude specific policies.

The Fed is “independent, ” but only in a very special sense: vis-à-vis the government’s executive branch. While the US president can instruct administrative agencies like the Commerce Department or the Treasury Department to take specific actions (as long as they do not conflict with valid legislation), the administration cannot tell the Fed how to manage interest rates, reserve requirements, or any other aspects of monetary policy.

But, though the Fed is independent of the White House, it is not independent of Congress. The Fed was created by Congressional legislation that now stipulates a “dual mandate” of price stability and maximum employment. It is up to the Fed to formulate operational definitions of these goals and the policies it will pursue to achieve them. The proposed legislation would affect both “target” and “instrument” independence.

The Fed decided to define price stability as a “two percent annual inflation over the medium term of the price index of consumer expenditures.” For the past 12 months, that rate of increase has been about 1.5%. While full employment has not been defined, many economists believe it is equivalent to an unemployment rate of about 5.5%. The most recent rate was 6.1%.

Reflecting the fear that the Fed’s current policy of sustained low interest rates will lead to higher inflation, the law would require the Fed to adopt a formal procedure for setting its key short-term interest rate, the “federal funds rate.” More specifically, the law suggests a specific interest-rate rule (the Reference Policy Rule) while giving the Fed the opportunity to adopt a different rule if it explains to Congress why it prefers the alternative.

The Reference Policy Rule is essentially the rule first proposed in 1993 by John Taylor of Stanford University, based on his statistical estimate of what the Fed appeared to have been doing under Paul Volcker and Alan Greenspan during a period of both low inflation and low unemployment. It states that the federal funds rate should be 2% plus the current inflation rate plus one-half of the difference between current and target inflation and one-half of the percentage difference between current and full-employment GDP.

All of this implies that if the economy is at full employment and targeted inflation, the federal funds rate should equal 2% plus the rate of inflation. It should be higher if the inflation rate is above the target level and lower if current GDP is less than the full-employment level.

Given uncertainty about the level of full-employment GDP, this rule still leaves the Fed substantial discretion. The Fed could argue that the gap between current and full-employment GDP is larger than the 6.1% unemployment rate implies, owing to the large number of part-time workers who would prefer full-time employment and the sharp decline in the labor force participation rate. If the GDP gap is 4%, as a recent Congressional Budget Office estimate implied, the Taylor rule would indicate an optimal federal funds rate of about 1.25% (2 + 1.5 – 0.25 – 2), compared to the current rate of only 0.1%.

While the federal funds rate may be heading to 1% over the next 12 or 18 months, by then the narrowing GDP gap will imply an even higher Taylor-rule interest rate. And, complicating things further, given US banks’ vast holdings of excess reserves as a result of the Fed’s bond-buying policies (quantitative easing), the federal funds rate is no longer the key policy rate that it once was. Instead, the Fed will be focusing on the interest rate on excess reserves.

The proposed legislation is full of excessive and impossible requirements, and the Republican-controlled House of Representatives may not be able to pass it, even in modified form. Even if it does, it will not get through the Democratic-controlled Senate. But if the Republicans hold a Senate majority after the next election, some form of legislation requiring a monetary-policy rule could land on the president’s desk. He or she might veto it, but a Republican president after the 2016 election might not.

The Fed no doubt fears that if the principle of requiring a formal rule is accepted, Congress could tighten the requirement, forcing a more restrictive monetary policy. That is why the new Fed chair, Janet Yellen, forcefully opposed such legislation in recent congressional testimony.

One thing is certain: The bill will put pressure on the Fed to pay more attention to inflation, avoiding a persistent rate above its own 2% target. Otherwise, the Fed’s operational independence could be restricted, forcing it to focus its policies more sharply on its inflation mandate.