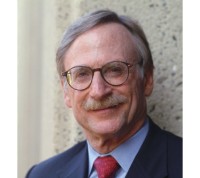 Many Europeans have come to believe that they have weathered the economic and financial storm. In the last two years, deficits and debt have stabilized. Yields on the sovereign debt of the eurozone periphery’s weak economies have fallen sharply. Portugal and Ireland have exited their bailout programs. Talk of Greece leaving the euro has subsided.

All of that is true, but there is a big catch: economic growth in the European Union remains anemic. GDP in Holland and Italy shrank in the last quarter, and France’s barely budged. Forecasters are revising down their estimates for 2014 eurozone growth to just 1% year on year.Unemployment remains at a staggering 11.6% in the eurozone as a whole, compared to 10% in the United States at the worst of America’s Great Recession. It is above 25% in Greece and Spain – and even higher among the young.

Europe’s economy remains shackled by three problems – sovereign debt, the euro, and wobbly banks – despite several new policy backstops: the European Stability Mechanism (ESM); the European Central Bank’s easy-money policies and holdings of sovereign debt; and the ECB’s takeover in November of supervision of the 130 or so largest pan-eurozone banks. None of these reforms has been sufficient to restore the stronger growth that Europe desperately needs.

Widespread economic discontent is reflected in recent political instability. The European Parliament election in May shocked Europe’s elites, as parties of the far right, assorted euroskeptics, and even leftists made strong gains in many countries, fueled in part by popular frustration with the European Commission’s concentration of power. Great Britain may be headed for a referendum on EU membership in 2017 unless certain terms of its membership are revised.

Elected leaders face a daunting task: enacting difficult structural reforms of labor markets, pension systems, and taxes. All were long overdue prior to the crisis, and they remain in the very early stages, at best, in most countries, while the high-debt countries’ fiscal condition has improved only modestly. And Italy and France demand relief from the eurozone’s budget deficit and debt rules.

Economists are not certain whether there are short-run costs or benefits to rapid fiscal consolidation. My view is that it depends on facts and circumstances, such as the size, credibility, and timing of the consolidation; the mix of spending and tax cuts; whether consolidation is mostly permanent and structural (for example, a change in pension formulas); and, of course, the stance of monetary policy.

Given most European countries’ increasingly daunting demographic outlook, the current pace of structural reform is woefully insufficient. Italy and Germany are headed toward a ratio of one retiree per worker; without more rapid GDP growth, new immigration policies, higher retirement ages, and efforts to stem the increase in welfare spending, taxes will inexorably rise from already damaging levels.

Europe has three broad options. The first is the status quo – which would entail cobbling together responses to future mini-crises as they arise, following the pattern of the past few years. Given the divergent interests and problems facing different countries within the eurozone and the EU, together with cumbersome governance structures and the difficulty of treaty changes, this is the path of least resistance for elected leaders – and thus the one most likely to be followed.

The second option is serious, concerted structural reform. This would include, at a minimum, reforms of labor rules, pension systems, and anti-growth provisions of tax codes. It would also include an aggressive attempt to reduce the sovereign-debt overhang that remains a major impediment to growth and continues to threaten some European banks.

Existing debt agreements are not sufficient without a decade of strong growth, which appears unlikely, to say the least. European governments and banks ultimately will need a solution similar to Brady bonds, which worked quite well in overcoming the 1990s Latin American debt crisis and the threat that it posed to highly exposed US money-center banks. As was true then, a menu of exit options and credit extensions will have to be negotiated.

The politics of this approach will be difficult, particularly in the rich countries; but, structured properly, concerted structural reform could help to restore growth, which would feed back into healthier budgets, more jobs, better balance sheets, and less financial risk.

The third option is rethinking and reworking the EU itself, from the euro to its basic institutions. As a free-trade arrangement, the EU has been a major success. But the euro makes economic sense only for a subset of its current members, not for countries such as Greece in its current situation. Some economists have proposed a two-track euro, with “problem” countries using a “euro-B” that floats against the “euro-A” until they abide by the economic and financial rules and earn re-entry.

Enhanced labor mobility has been another great benefit brought about by the EU. But the European Commission’s rigid bureaucratic diktats have taken some regulation too far, and efforts to force lower-tax countries to “harmonize” their rates would be devastating to their citizens and firms.

While it is unlikely that much progress will be made along the lines of the second or third options in the near future, Europe’s elected leaders should constantly test what makes sense and what needs to be reformed. The recent election was a wake-up call; Europe’s leaders need to open their eyes.