The pharmaceutical firm is seeking a merger at a good premium on its $20 billion market cap.
– 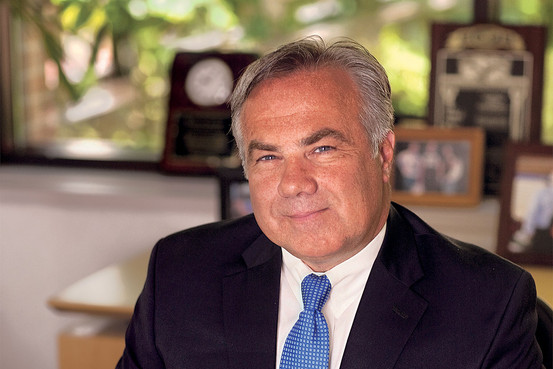 Sources inform “Globes” that pharmaceutical company Perrigo Company (NYSE:PRGO; TASE:PRGO) has hired an investment bank to consider its sale through a merger with a major pharmaceutical firm. Perrigo is traded at a market cap of NIS 66 billion on the TASE ($20 billion on NYSE), and market sources believe it will be able to obtain a 25% premium if it is acquired. The company’s share price has risen 4% over the past month, but has been dropping in recent days. In response to the report, Perrigo said, “The company does not respond to rumors.”

Perrigo, which came to Israel as part of an acquisition of pharmaceutical company Agis, has 1, 200 employees in Israel, with plants in Yeruham and Ramat Hovav. A sale of the company will not necessarily affect its plants in southern Israel, but it will add to the uncertainty in its activity.

When asked in a 2011 “Globes” interview whether Perrigo was a likely target for acquisition, Perrigo CEO Joseph Papa answered, “The answer always has to be yes, but we’ll wait and see. Up until now, we’ve been the ones making acquisitions, and I believe we’ll go on the same way.”

A merger with Perrigo could be attractive for a potential buyer, especially from the US, for tax reasons. Perrigo itself, originally an American company , recently acquired Irish company Elam, to which it transferred activity in a way that enabled it to pay taxes according to Ireland’s lenient tax laws.

Any company that acquires Perrigo will also be able to transfer activity to Ireland. A large number of transactions for tax purposes of this type have recently taken place. Among other deals, US company Medtronic recently acquired Irish company Covidien, US company Watson Pharmaceuticals acquired Actavis, and Pfizer unsuccessfully tried to acquire British company AstraSeneca.

Perrigo was listed for trading on the TASE following its acquisition of Agis for $818 million in 2005. The main beneficiary from the deal was Mori Arkin from the family of Agis’s founders, who was then the CEO and controlling shareholder in Agis. Arkin received Perrigo shares and cash totaling NIS 1.7 billion. The Perrigo share has skyrocketed 600% since that time. Arkin has become a private investor operating mainly in the biomedical field. He has no involvement in Perrigo other than his small holding in the company.

Perrigo is an old company founded in 1887. Luther Perrigo, its founder, sold dried apples, until he decided to switch to packaging and distributing pharmaceuticals. Today, Perrigo leads the leading generic over-the-counter drug market in the US. It markets under the private labels of the stores selling the drugs.

Perrigo also has business in baby food and the veterinary field. It entered both sectors following its acquisitions in recent years, and is known as a habitual acquirer of companies. Its largest acquisition was Elan at the end of last year for $8.6 billion in cash and shares. Other than its tax advantages, Elan’s main asset is its revenue from a drug called Tysabri for the treatment of multiple sclerosis, in which it competes with Copaxone, made by Teva Pharmaceutical Industries Ltd. (NYSE: TEVA; TASE: TEVA). Elan currently receives 12% royalties on sales of the drug, which totaled $1.2 billion in 2012.