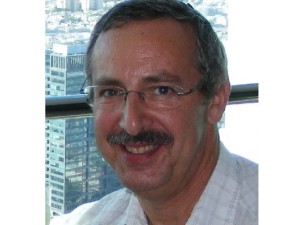 Israeli unemployment is still falling.  Israel’s unemployment rate fell in April to 5.6%, from 5.7% in March and 5.9% at the beginning of 2014.  This is one of the lowest rates of unemployment in the OECD.

Massachusetts sends huge delegation to Israel. Massachusetts Governor Deval Patrick led a trade mission to Israel of some 120 Massachusetts business leaders. At least six business deals or partnerships were announced during the visit. There are over 200 Israeli companies in the US state, providing 6.600 jobs.

How China can benefit from close ties with Israel. The recent purchase of Israel’s Tnuva by China’s Bright Foods has brought the two countries closer together.  Here’s how Forbes sees how tiny Israel can help China develop both financially and socially.

Israeli web giant ironSource opens Beijing office.  IronSource, one of Israel’s most successful web companies, is expanding to China. Over 100 million people a month use ironSource’s tech services, which will expand significantly as ironSource deploys its digital delivery technology in the world’s largest market.

Israeli parking system for Albania city. (Thanks Atid-EDI) Israel’s On Track Innovations’ subsidiary PARX has signed a 20-year contract to help manage the parking operations for Elbasan, a city in central Albania. It will install PARX’s EasyPark system, which already operates in 45 Israeli cities.

French businessmen have idea to benefit the Jewish State.  Frenchmen Didier Maarek and Gerard Ben Hamou started selling Teva products in their shops. Teva then donated a percentage of the revenues to Israeli charitable causes. Some $5.4 million has been donated so far.

The land of milk and honey.  It is traditional to eat foods made from milk during the Jewish festival of Shavuot just celebrated.  So it was timely that Israel’s Central Bureau of Statistics released 2013 figures that the average Israeli cow produces 11, 780 liters (3, 141 gallons) of milk, making it the most productive in the world.

And this article gives the inside story of Israel’s dairy industry, plus some of the dairy foods it produces.

“Anachnu Ha’Avanim Ha’Mitgalgalot” – We are the Rolling Stones.  Mick Jagger spoke Hebrew and English to 50, 000 Israelis during a concert of 19 unforgettable songs in Tel Aviv’s Yarkon Park.  Most band members are older than the State of Israel, yet they never missed a beat, and Jagger was in perpetual motion.

Mastercard contest to find Israeli technology ideas. For the third year running, Citi’s Mastercard is running a competition to find the best new financial technology ideas and apps in Israel.  The winner gets $25, 000, a spot in the Citi accelerator, plus $10, 000 for a trip to Citi’s and Mastercard’s innovation labs in Dublin.

Diagnosis from a distance. A new article about the Optophone, developed by Israeli Professor Zev Zalevsky of Bar Ilan University. It can pick up conversations, heartbeats, even blood pressure and blood glucose levels from hundreds of feet away, without a microphone, using a laser beam with a camera.

Israel rides out drought with desalination.  After its driest winter on record, desalination and recycling means Israel has no water shortage. “We have all the water we need, even in the year that was the worst year ever regarding precipitation, ” said Avraham Tenne of Israel’s Water Authority. “This is a huge revolution.”

The TWEAK for your sink.  When Israelis Nitzan Shafat & Aviv Rozenfeld graduated from the Shenkar College of Engineering and Design they devised the TWEAK. It keeps the kitchen sink draining smoothly, and solves the problem of scooping cold leftovers out of the sink with your bare fingers.

Did you see Israeli technology on the BBC?  On 31st May 2014 BBC World News featured Israel’s innovative technology on its “Click” program.  If you live in the UK you can watch it on BBC iPlayer here.

If you live outside of the UK, here is a 4-minute preview

miLAB – where students are developing the next red-hot startup.  miLAB is a research and prototyping lab based at Herzliya’s IDC Sammy Ofer School of Communications.  Students explore the future of technology, media and human-computer interaction, building real, working prototypes.  See the videos of some of the ideas.

The foldable car seat that turns into a stroller.  Israeli industrial designer Yoav Mazar has developed the Doona – for those families with infants that want to avoid packing the car with both a car seat and a stroller / buggy.  You don’t even need to detach the wheels.  It is soon to be launched in Europe.

Israeli wind power for Finland. Israeli renewable energy investment company Sunflower is purchasing licenses to construct up to five wind farms in Finland each producing 20 megawatts of power.  The wind farms are expected to be ready within the next two years.

Dr Sagie will get your child dry at night.  (Thanks to Israel21c) The clinics of Israel’s Jacob and Tal Sagie have cured 27, 000 children who suffered from enuresis (bedwetting).  Tal Sagie has now launched Therapee – the world’s first online interactive program for treating enuresis – for kids aged four and over.

MobileOCT’s melanoma detector is featured by the BBC.  And it mentions it is based in Tel Aviv!

In the video clip, CEO Ariel Beery says that the hardware can be 3D-printed anywhere, in order to save life.

Palestinian Arab doctor lauds Israel for saving children.  Palestinian Arab anesthesiologist Wafiq Othman told a Montreal audience that Israeli doctors at Save A Child’s Heart (SACH) saved his younger brother’s life. He then trained for six years with SACH and returned home to coordinate the skills updating for Arab doctors.