Executives in Israel for the MIXiii conference tell “Globes” about the future of medicine. 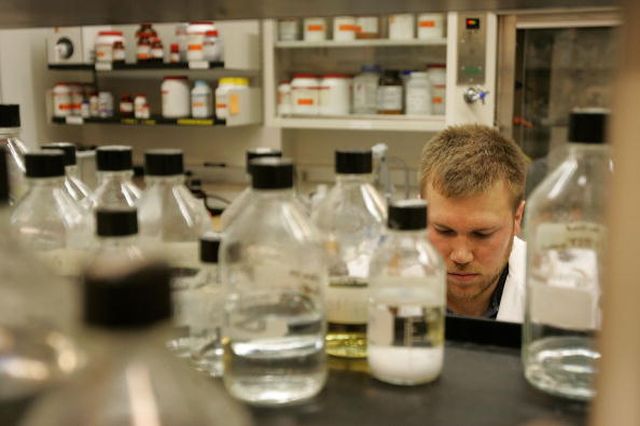 2014 is positioned to go down in history as one of the stormiest years for biomed. The Nasdaq Biotechnology Index has risen sharply, by tens of percentage points, since the beginning of the year – a process that opened the door to dozens of IPOs – but has recently lost ground.

Pfizer is in talks to acquire AstraZeneca for more than $100 billion, the pharmaceutical and biotech companies continue to launch groundbreaking products, and the field of medical technology is in the throes of a revolution.

Senior industry executives from around the world who participated in the MIXiii Israel Innovation Conference (which combined the Israel Advanced Technology Industries annual international biomed conference with a high-tech conference for the first time), spoke to “Globes” about the latest breakthroughs, gave forecasts for the future, and explained what brought them to Israel.

According to Pitango Venture Capital General Partner and MIXiii Biomed Co-Chair Ruti Alon, “The forecast in the field of biomed is fundamentally complicated, due to of the interaction between political trends, such as globalization and different modes of distribution that bring Western diseases to new countries, and technological trends, such as genomics.

“In light of this, we can expect continued pressure to lower prices, significant changes in marketing systems, broader use of Internet, and the continued rise in prominence of the consumer as a factor in decision making. In Israel, there is a deep understanding of what is required to develop HealthIT products, that will connect the medical community.”

Boehringer Ingelheim (BI) seems to be one of the less familiar among the 20 big companies, but only because it is not publicly traded. The company has 50, 000 employees, and invests 20% of its revenue in R&D, with an emphasis on internal R&D.

The company has, in the past, been in talks to acquire an Israeli company, and has recently established a branch in Israel, headed by Orna Fiat Steinberger. The branch is responsible for running the company’s clinical trials in Israel.

The company was established 129 years ago. It was founded by, and is managed still today, by the Boehringer family, and Ingelheim is the German city in which the company was founded. Today, the company has a rich pipeline of products. Chief Medical Officer Prof. Klaus Dugi points in particular to the new cancer drug Volasertib, a small molecule inhibitor that prevents cancer cells from dividing by attacking the PKL1 protein. The company is testing the product for leukemia treatment, and is currently in Phase II clinical trials.

According to Dugi, the most significant scientific breakthrough of recent years is the recognition of the role that the mix of live organisms living in and on our bodies has in causing and preventing illness. “Today, using genome sequencing technology, we can know precisely what the genomes of our intestinal bacteria are. These genes, which are not exactly part of our bodies, apparently affect not only diseases of the intestine, but others as well. This knowledge can lead to entirely different medical diagnoses and treatments from those we know today – more holistic diagnosis and care.”

Dugi claims that the patent cliff troubles the industry, but not BI, and it is likely to be less problematic for the industry in the future. “In a world where most newly approved products are biological, which are harder to duplicate, it is possible that patent expiry will be regarded differently, and less seriously, in the future.”

The real industry crisis is not an R&D crisis, in his opinion is, but rather a budget crisis – governments are unable to maintain the health budgets necessary to create significant continued growth in biotech and pharmaceuticals, and drugs will soon need to prove that they save not only lives and suffering, but also money (as is the case for medical devices today). In order to do this, it will be necessary to improve existing patient monitoring data systems, and to match the best treatment to each patient.

Fiat Steinberger says that: “The fact that BI is a private company allows it to invest in R&D without thinking about how the analysts will look at the bottom line next quarter, or even next year, and, therefore, we have many long-term plans.” The company has 90 research projects, and it classifies ten products (in eight categories) as “pre-launch, ” which means they are either in advanced Phase II with good results in previous trials, post-Phase III, or they have already been approved.

BI also has a venture capital fund that seeks out biomed companies to invest in, including companies in early stages of development that are not yet suitable for traditional venture capital funds. In 2014, the fund invested in a company called Metabomed, which at the same time received investments from the Merck Serono incubator in Yavne, from the Pontifax fund, and from the Technion technology transfer company. The company deals in treatments based on cancer metabolism – treatment through the resources that the cancer consumes.

Despite the acquisitions, Takeda, like all the major pharmaceutical companies, has been forced to contend with the patent cliff: the expiry of patents on leading products, while R&D fails to produce new products at the expected rate.

“The patent cliff troubles the pharmaceutical companies and the investors, ” said Takeda Head of R&D Tetsuyuki Maruyama, who was tasked with finding a solution to the problem, and has succeeded in doing so.

“It seems that the worst is behind us, ” he says, “And I believe that the industry has learned from it: to place less emphasis on bestselling drugs, and to vary the product offering.

“A decade ago, large pharmaceutical companies avoided anything ‘difficult, ’ like cancer, or rare diseases. The smaller companies proved that these are attractive markets, and now the big companies are scurrying to close the gap. We believe that this will happen also for the brain, so as larger companies leave this field, we focus on it.”

What are the developments that are likely to have the most significant impacts on the future of medicine?

“I believe in a combination of drugs and antibodies, where the antibodies lead the drugs directly to specific targets. Our company has such a product that should reach the market soon, after having waited for years for the right combination.

“Using such technology, together with products that use the immune system to treat cancer, I believe that the medical world will actually reach a cure for cancer, and I am not the only one who believes this.

“Another exciting technological development is the bacTRAP platform, which we loved so much that we bought the company that developed it. This is technology that allows us to look at changes in gene expression in specific cells in tissue that has many different kinds of cells, where each one expresses genes a little differently.

“Using this focus, we can develop far more accurate drugs. This is true for many areas, but most of all the brain, which has a mix of cells. I believe that the field of regenerative medicine, using stem cells to regenerate sick tissue, will lead to breakthroughs.”

Maruyama notes that Takeda owns a group called New Frontiers Science Team, which seeks technologies in advanced development stages and whose representatives were at the conference as well.

What are the most interesting products in your pipeline?

“We just now launched our first cancer drug based on a combination of antibodies and drugs. We are waiting on the launch of a new drug to treat Crohn’s disease and irritable bowel syndrome, which is most effective for patients for whom existing treatments don’t work. We are focusing on the digestive system.”

“Israel has an ideal mix”

Becton Dickinson (BD) is a medical device supplier that deals in a broad range of products, including hospital lab equipment. The company specializes in cheap medical equipment that is manufactured in large quantities.

“I have been with the company for 11 years, ” said BD Director of Business Development Al Lauritano, “First, I headed the life science new business incubator in North Carolina, and I have basically held the same job ever since, only the job has grown.”

Incubator? That must have been revolutionary, at the time.

“We had an incubator from 1998 to 2008, into which we accepted mostly companies from academic institutions, but it wasn’t so successful. The business model was that after our initial investment, more investors were meant to join in, financial institutions, but, in order to attract such investors, the companies were forced to change their business models in directions that interested us less, as strategic investors. So we didn’t get what we wanted out of them.

“We never really shut the incubator down, but we became very picky. In the beginning of this year we decided to establish a ‘virtual incubator.’ We won’t host the companies, instead, we will support them wherever they are. We won’t only invest money – we will also send our people. That way, we will be able to get to know the companies well.”

In the coming year, BD will announce its first incubator company. “This is one of the reasons I am in Israel” says Lauritano.

“We believe that Israel has an ideal mix of entrepreneurs, technology, financing, and operational infrastructure, including the support of the chief scientist. In April, we announced our participation in a collaborative project between the chief scientist and the international corporations. This summer, we will put out a call for opportunities in Israel, ” says Lauritano, who worked at Israeli company D-Pharm in the past.

Lauritano is particularly interested in combinations of information technologies in daily medical products. “Therefore, it makes sense for us that the conference brings high-tech and biotech together, ” he says. He notes that many BD products are in competitive markets, where the product is manufactured by the millions (syringes and catheters, for example).

“How can we bring added value to such a product? Adding information technology in or around it is one method. We see that hospitals need to improve their workflows, in order to prevent mistakes in drug administration and to make sure that patients follow through on the treatments that are prescribed to them. So we want as much information as possible to be entered into medical records automatically from our medical devices.”

In the future, the company intends to help healthy people as well, “For example, diabetics, who are at the forefront of the population that monitors and manages its health regularly, every single day. Why shouldn’t all the healthy people, or people with chronic diseases, monitor themselves in such a manner in order to maintain optimal health? Our goal is to make a business of this.”

What is the most interesting product you have launched in the past two years?

“We surprised the industry this year when we announced that were opening a generic drug department. We have always had syringes that added value to drugs, and now, instead of selling them only to companies, we will incorporate generic drugs ourselves.”

In this article:Medicine, Finance, Biotech