If you wanted to sell a not-quite top drawer trophy property, such as the LA Clippers basket ball team, for an astronomical price in an informal auction, having indiscreet telephone sex with your soon-to-be-ex girlfriend that then is leaked all over town might not be a bad way to do it.

While the row over his widely publicised remarks led to a ban imposed by the NBA Commissioner Adam Silver, and to the possibility of a forced sale of the team to be triggered at the next NBA board meeting next week, under NBA statutes, it seemed for a while as if Donald Sterling himself simply had been riding out the storm and was waiting for bids to come in.

First we heard a syndicate led by movie mogul David Geffen and Oprah Winfrey might bid US$1.6 billion. Then we heard that Sterling himself was opposed to the idea of a forced sale, if the owners should vote him out, and would sue the NBA to prevent it.

Then we heard his wife Shelley, who co-owns the team 50% anyway, was stick handling a private, non-auction, auction process. The amount of information and, possibly, disinformation, being scattered around is absolutely stunning… Then we heard that billionaire Steve Ballmer, who has been on the dole since leaving Microsoft’s top job might bid US$1.8 billion for the team, on behalf of his own syndicate of investors.

Finally the LA Times reported yesterday, quoting “reliable” sources, that Ballmer has indeed bought the team, this time for US$2 billion. Since Donald Sterling only paid US$12.5 million for it, before the days of massive live television interest in basketball, that is a massive return if it indeed now turns out to be true. 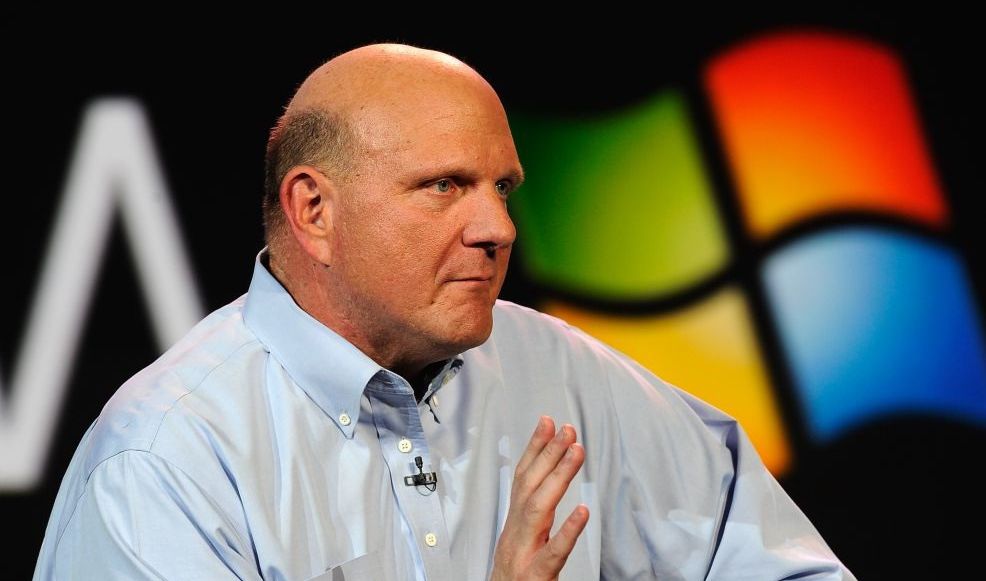 Reporters have been massing outside the Sterling residence in Beverly Hills since the LA Times report. The LA Times itself is also reporting that Sterling had posted one of his lawyers outside yesterday to say, on the record, that Sterling was declining all comment and would make no statement of any kind.

The lawyer, identified by the Times reporter as one Robert Samini was apparently saying as late as late yesterday afternoon, Pacific Time, “There’s been no sale, ” and even adding “There can be no sale without Donald’s signature.”

Samini’s last words to the reporter before departing in his BMW were, “My belief is he will not sell this team.”

Clearly Sterling seems to remain a little conflicted and, as a fully certified paid up billionaire in his own right, he obviously doesn’t need the money. Nevertheless sports network ESPN was also reporting yesterday that the Sterling family trust has signed an agreement that would lead to Ballmer’s ownership.

At US$2 billion, if a deal has indeed been struck, or is struck once Sterling finishes arguing with his wife, this would actually be the second-highest amount ever paid for a North American professional sports franchise – and for a team that has not been winning titles either.

In addition, once both Sterlings do sign off, Ballmer’s group will still need a 75% vote in favour by the rest of the NBA’s twenty nine team owners.

For that Ballmer will probably need to undertake to keep the team in Los Angeles, something he has already promised publicly to commit to. Ballmer lives up north in Seattle, but he told the Wall Street Journal, “If I get interested in the Clippers, it would be for Los Angeles.” He has also been pre-vetted by the NBA to some extent after a failed bid to buy the Sacramento Kings a year ago.

All the Sterling grandstanding over a sale may allow him to ventilate a good deal of personal emotions over the events of recent weeks leading up to this. Nevertheless it is hard to see Sterling in the end turn down a cool $2 billion and prefer to litigate against the team owners if they should indeed vote 75% for a forced sale instead next week.

Indeed it is quite possible that Sterling’s current stalling, if that is what it turns out to be, could be intended just to buy him a little more time. This could then enable his lawyers to continue to lobby all the other team owners, to see whether they really mean to go through with a forced sale next week. There is likely to be some private sympathy for him with the owners, even as publicly everyone still continues to, quite rightly, call him out for his racist indiscretions.

However his wife Shelley might even divorce him if he should turn a sale to Ballmer down. This is something she has hinted at as a possibility, in a more general context, a little while ago it seems, and which might cost him much more under California rules than he would wish for. Life is sometimes very hard being a billionaire.

Finally, in yet one more twist to this most entertaining of interlocking tales, by late Thursday CBS and ESPN were also reporting that Sterling may have been ruled mentally incapacitated, which would make his wife sole trustee and provide her with the authority to unilaterally sell the team under the rules of the Sterling Family Trust.

CBS also added that one of Donald Sterling’s attorneys, Maxwell Blecher, commented carefully on this, saying he had “no court order declaring Mr. Sterling mentally incompetent.” Providing the absolute coup de grace on this aspect of the story, however, and trumping CBS’s ace, according to ESPN the rules of the Sterling Family Trust do not require a court’s decision, only the opinion of “experts, ” though these were not specified by the channel.

If this is all true, then it may let everyone off the hook. Sterling can continue to assert innocence of racism, and lament his victimisation by a cunning ex-girl friend; the team gets sold for a huge price, so both Sterlings make a bucket of money; Ballmer gets an expensive basketball team to assuage his retirement from Microsoft and fill some of his now-increased spare time. Finally the NBA, and Adam Silver in particular, will have asserted its, and his, authority in a very high profile matter.