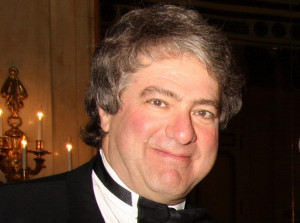 The Braas Monier Building Group is a leading manufacturer and supplier of pitched roof solutions, including both roof tiles and roofing components. The company operates in Europe, parts of Asia, and South Africa. Today Braas Monier has announced it is planning a possible pubic listing of its shares on the regulated, Prime Standard, market of the Frankfurt Stock Exchange.

Currently the firm is privately held, owned by an investment group led by private equity firms Apollo Management, TowerBrook Capital Partners, York Capital Management and BNP Paribas. The group purchased a 65% position in the company from the French cement giant Lafarge in 2007, with Lafarge continuing to hold a minority 35% stake.

Thirteen months ago Apollo Global’s Chairman and CEO, Leon Black, very clearly spoke his mind at a Milliken Institute conference, saying “We’re selling everything that’s not nailed down, and if we’re not selling, we’re refinancing.”

He was referring, implicitly, to the fall-out from the huge acquisition binge he and other major institutional and private equity investors had indulged in leading up to the 2008 financial crash, and the resulting severe recession that followed. Now just over a year later the same policy of seeking liquidity seems to apply and here is another good example.

Lead underwriters for the proposed offering will be BNP Paribas, J.P. Morgan and UBS Investment Bank, together with Berenberg and Goldman Sachs as co-managers. The shares to be sold will be released in the form of a secondary offering of existing shares held by the members of the controlling investment group. Neither the number of shares to be offered, nor the selling price, has yet been determined and all depend on a successful implementation of the proposed offering.

Braas Monier holds a leading market positions in its core international geographical markets, and the company possesses a broad and diversified product portfolio which it believes should help it benefit from resumed market growth.

The company says it has recently strengthened its financial profile through streamlining its operations – a.k.a. cost cutting. It has also recently refinancing a significant portion of its finical obligations to dress up the balance sheet, perhaps not entirely coincidentally, in time for the planned listing. The company claims these moves have together given it increased financial and operational flexibility to act as a basis for maintaining future long-term market leadership in its industry.

The Braas Monier Group is headquartered in Luxembourg, has operations in 36 countries, with 107 production facilities. In 2013, the group’s approximately 7, 400 employees generated revenues of about US$1.7 billion.

The company has been making pitched roof products for almost a century, and the company sells both a comprehensive range of concrete and clay tiles for pitched roofs and complementary roofing components designed to cover various functional aspects of roof construction.

Braas Monier also offers its customers a comprehensive range of chimney and energy system solutions. The Group is also focused on developing pioneering technologies for sustainable building, such as roof-integrated solar systems.

As a roofing company Braas Monier suffered very severely in the aftermath of the last financial and economic crisis, during which the global construction industry experienced a significant downturn. The European residential sector in particular saw an unprecedented double-dip in the years 2008 and 2011/12, from which it is now only barely recovering.

To meet these painful realities the company streamlined its operations in two stages, during both 2009/2010 and 2012/2013. This included the laying off approximately 2, 000 full-time employees, a focus on cash at the short term expense of growth, and the improvement of working capital.

In response Braas Monier was able to increase its key operating metric, its EBITDA (i.e. earnings before deducting interest, taxes, depreciation and amortization) margin, to 13% or about US$220 million in 2013, despite slightly lower revenues for the year of US$1.7 billion. After its loan refinancing last month the company’s interest costs are expected to be lower during the coming year, as well.

The new long therm debt financing, just negotiated for Braas Monier, came in the form of a US$345 million Term Loan and US$435 million in Senior Secured Floating Rate Notes, for total long term debt of US$780 million.

If one were to guess the enterprise value of the company to be a multiple of between, say, 10-12 times its 2013 EBITDA, that would imply a total valuation of between US$2.2 billion and about US$2.6 billion.

Deducting Braas Monier’s long term debt, and assuming for the moment any short term debt is well covered by working capital, then would imply an equity value for the firm of between US$1.4 billion and nearly US$1.9 billion. Finally, supposing about 25% of the company were to be floated in any pending IPO this could put somewhere between US$350 million to US$475 million of cash into the pockets of the company’s shareholders.

This remains only a theoretical estimate until more details of any proposed offer finally emerge. More important, still, might be the provision of a path to liquidity later for the rest of their holdings, that such an IPO can provide.