Arison, Chairman of Carnival, the world’s  largest cruise line, has ordered  the 3, 780 passenger  capacity Costa Serena to set sale for Shanghai to catch a larger share of the ever-growing demand for cruises to and from China. 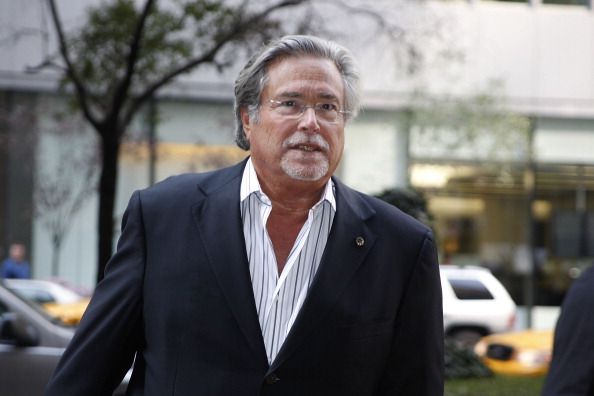 Mickey Arison, Chairman of Carnival Cruises, the world’s  largest cruise line has cast his eye over the rapidly burgeoning market for cruises emanating from China, and has given orders from the Bridge that the 3, 780 passenger  capacity luxury cruise liner , the Costa Serena make its way  to the port of Shanghai.

From next spring onwards Costa Serena, who until now was deploying the European route, will be permanently based in China, making it the fourth cruise ship permanently based under the Carnival cruise flag in China. The arrival of Costa Serena on the scene will make for an overall increase in permanent capacity for the cruise line throughout  Asia of close to 3/4.

The rapid redeployment of Costa Serena has considerable significance to the increased competition for the lucrative Chinese cruise  market, and has been interpreted by travel experts as a reaction to  Carnival’s closest rival  Royal Caribbean’s recent decision to also transfer their huge four thousand passenger capacity  cruise ship, the Quantum to the Seas to Asia.

Royal Caribbean are reported to be in this stage is of considerable expansion into China, and will be operating cruises from Shanghai to Hong Kong and other ports throughout Asia,   while Carnival has a maximum of 23 cruise liners  who call on the more than 1, 000 ports throughout Asia with 220 of them in China.

Arnold Donald, Carnival’s CEO, in a recent statement announced that  the redeployment of Costa Serena was “of great strategic importance for our company”, going on to add that Carnival would continue to work with Chinese government officials as they take steps  place China firmly on the map as one of the world’s primary cruise markets.

While the Chinese cruise market is still in its infancy, with Carnival warming operating near from 2006, the market has been growing considerably every year.  According to industry reports the Chinese domestic market  have a definite inkling towards cruises to be of shorter duration, lasting an average of  five days,  while the  passengers tend to be considerably younger than those who cruise from the United States and Europe.

Micky Arison was born in Israel, although he was brought to America by his father, the late Ted Arison in the early fifties. After attending the University of Miami, he joined his father in his multi-faceted Carnival Corporation, eventually taking the role of Chief Executive Officer and helping to build the company into the world’s largest cruise line operators.

Arison  is estimated to be worth  around of six billion dollars, placing him in the top 200 wealthiest people in the world.

In this article:Hong Kong, Shanghai, Finance