FHM magazine was originally called “For Him Magazine.” As such, you can imagine the English magazine spends a lot of its time on the subject of beautiful and sexy women, on behalf of all its readers.

Every year it produces a list of what it says are the top 100 most sexy women in the world. It first awarded the title in 1995 to German super model Claudia Schiffer. Last year’s winner was American actress Mila Kunis and this year Oscar winner Jennifer Lawrence has taken the prize.

The list is picked based on voting by the magazine’s editors, lucky guys, and its readers, who are almost certainly 99% guys too, though it does not say what weighting it gives to each.

However they do it, all the women they select for the list are gorgeous, interesting and, well, sexy so to get on the list is the ultimate female A-List wish, – for non-ideologically inclined feminists at least.

It so happens that of this year’s list of 100 sexiest women, ten – or a full 10% – are Jewish. It used to be said that non-Jewish “shicksas” were all seeking to find a nice Jewish husband – someone who was escaping from his nice Jewish mother and the Jewish girls she wanted him to marry.

Well, the new list confirms you really can have a sexy Jewish girlfriend, and wife too, all in the same package after all, so get real fellas.

The top Jewish pick this year was actress and model Emily Ratajkowski – the star of Robin Thicke’s controversial Blurred Lines video. The Polish American model is of Polish-Jewish descent on her mother’s side and she came in fourth.

Last year’s winner Mila Kunis slipped down to number six this time. Born in the Ukraine, the actress and her family moved to the United States when she was seven to escape the antisemitism they experienced regularly there. Mila starred with Natalie Portman in the Black Swan, and she and her partner Ashton Kutcher are now expecting their first child together. 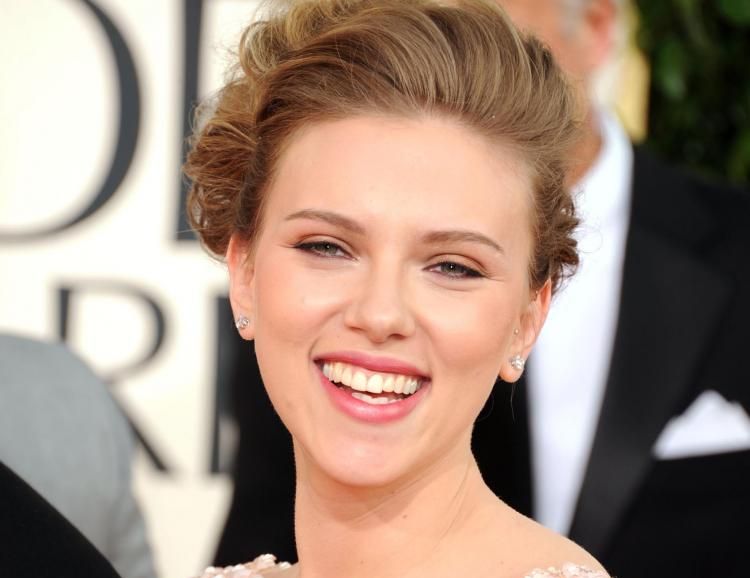 American actress Scarlett Johansson came in at number 10 on the list this year, up from 49th last time around. In this writer’s humble opinion she should be right at the top at numero uno though, particularly as she is clearly so sexy, so beautiful, so very well grounded, so oh so cool and so very, very smart. Ms. Johansson has handled all the recent fall-out from the SodaStream advertising row brilliantly, and basically said f••• you to Oxfam and all the other bigots who came after her over it.

British Countdown presenter Rachel Riley came 17th, previously coming in only at 90th last year. After graduating in mathematics at Oriel College Oxford, she has built a brilliant career as a television presenter; Rachel describes herself as a completely non-religious Jewess.

The quite wonderful Nigella Lawson has come in at 21st this year. She is on the list for the first time and despite being the oldest person there, at 54 years of age. Nigella deserves every inch of the exposure this may bring her, as she is brilliant, sassy, beautiful, a wonderful chef and of course likely… very experienced. Some of you who may remember the original 1978 movie “In Praise of Older Women” will undoubtedly concur.

Actress Alison Brie, in 39th place, grew up with rich and wonderful set of traditions coming to her from a secular Jewish mother and her Christian-Hindu father.

At number 61 on the list came English model and actress Rosie Huntington-Whiteley. She claims descent originally from Polish Jews who emigrated to Britain in the 19th century.

Unbelievably, Israeli super model Bar Refaeli only came in 66th place, which is a travesty. In my own book she should have been at least number 2 after Scarlett Johansson – there is simply no-one else around with quite such a wholesome sexiness as she manages to project, in this mere male’s humble opinion.

Then came Glee star Diana Agron who was ranked 84th and Gal Gadot – a star in the Fast and the Furious – came in 97th place.

That’s ten out of ten guys; all beautiful, smart and sexy and ready for you to go down on one knee for; forget about your mothers.