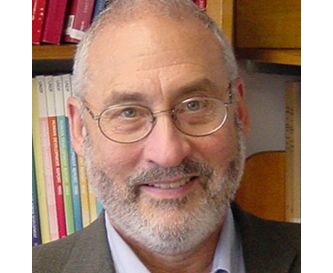 No country in recorded history has grown as fast – and moved as many people out of poverty – as China over the last thirty years. A hallmark of China’s success has been its leaders’ willingness to revise the country’s economic model when and as needed, despite opposition from powerful vested interests. And now, as China implements another series of fundamental reforms, such interests are already lining up to resist. Can the reformers triumph again?

In answering that question, the crucial point to bear in mind is that, as in the past, the current round of reforms will restructure not only the economy, but also the vested interests that will shape future reforms (and even determine whether they are possible). And today, while high-profile initiatives – for example, the government’s widening anti-corruption campaign – receive much attention, the deeper issue that China faces concerns the appropriate roles of the state and the market.

When China began its reforms more than three decades ago, the direction was clear: the market needed to play a far greater role in resource allocation. And so it has, with the private sector far more important now than it was. Moreover, there is a broad consensus that the market needs to play what officials call a “decisive role” in many sectors where state-owned enterprises (SOEs) dominate. But what should its role be in other sectors, and in the economy more generally?

Worsening environmental pollution, for example, threatens living standards, while inequality of income and wealth now rivals that of the United States and corruption pervades public institutions and the private sector alike. All of this undermines trust within society and in government – a trend that is particularly obvious with respect to, say, food safety.

Such problems could worsen as China restructures its economy away from export-led growth toward services and household consumption. Clearly, there is room for growth in private consumption; but embracing America’s profligate materialist life-style would be a disaster for China – and the planet. Air quality in China is already putting peoples’ lives at risk; global warming from even higher Chinese carbon emissions would threaten the entire world.

There is a better strategy. For starters, Chinese living standards could and would increase if more resources were allocated to redress large deficiencies in health care and education. Here, government should play a leading role, and does so in most market economies, for good reason.

America’s privately-based health-care system is expensive, inefficient, and achieves far worse outcomes than those in European countries, which spend far less. A more market-based system is not the direction in which China should be going. In recent years, the government has made important strides in providing basic health care, especially in rural areas, and some have likened China’s approach to that of the United Kingdom, where private provision is layered atop a public base. Whether that model is better than, say, French-style government-dominated provision may be debated. But if one adopts the UK model, the level of the base makes all the difference; given the relatively small role of private health-care provision in the UK, the country has what is essentially a public system.

Likewise, though China has already made progress in moving away from manufacturing toward a service-based economy (the GDP share of services exceeded that of manufacturing for the first time in 2013), there is still a long way to go. Already, many industries are suffering from overcapacity, and efficient and smooth restructuring will not be easy without government help.

One major lesson that should have been learned from the post-2008 global economic crisis is that markets are not self-regulating. They are prone to asset and credit bubbles, which inevitably collapse – often when cross-border capital flows abruptly reverse direction – imposing massive social costs.

America’s infatuation with deregulation was the cause of the crisis. The issue is not just the pacing and sequencing of liberalization, as some suggest; the end result also matters. Liberalization of deposit rates led to America’s savings and loan crisis in the 1980’s. Liberalization of lending rates encouraged predatory behavior that exploited poor consumers. Bank deregulation led not to more growth, but simply to more risk.

China, one hopes, will not take the route that America followed, with such disastrous consequences. The challenge for its leaders is to devise effective regulatory regimes that are appropriate for its stage of development.

That will require the government to raise more money. Local governments’ current reliance on land sales is a source of many of the economy’s distortions – and much of the corruption. Instead, the authorities should boost revenue by imposing environmental taxes (including a carbon tax), a more comprehensive progressive income tax (including capital gains), and a property tax. Moreover, the state should appropriate, through dividends, a larger share of SOEs’ value (some of which might be at the expense of these firms’ managers.)

The question is whether China can maintain rapid growth (though somewhat slower than its recent breakneck pace), even as it reins in credit expansion (which could cause an abrupt reversal in asset prices), confronts weak global demand, restructures its economy, and fights corruption. In other countries, such daunting challenges have led to paralysis, not progress.

The economics of success is clear: higher spending on urbanization, health care, and education, funded by increases in taxes, could simultaneously sustain growth, improve the environment, and reduce inequality. If China’s politics can manage the implementation of this agenda, China and the entire world will be better off.

Joseph E. Stiglitz, a Nobel laureate in economics, is University Professor at Columbia University. His most recent book is The Price of Inequality: How Today’s Divided Society Endangers our Future.