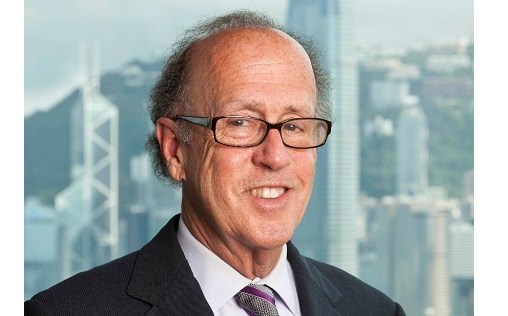 “Isn’t it now time for China to abandon the concept of a growth target?”

That was the question I asked Chinese Finance Minister Lou Jiwei this week at the 15th annual China Development Forum, which brings together top Chinese officials and an international delegation of academics, leaders of multilateral organizations, and business executives. Having attended the CDF since former Premier Zhu Rongji initiated it in 2000, I can attest to its role as one of China’s most important platforms for debate. Zhu welcomed the exchange of views at the Forum as a true intellectual test for China’s reformers.

It was in that spirit that I posed my question to Lou, whom I have known since the late 1990’s. In that period, he has been Deputy Minister of Finance, founding Chairman of China’s sovereign wealth fund, China Investment Corporation, and now Minister of Finance. I have always found him to be direct, intellectually curious, a first-rate analytical thinker, and a forward-looking advocate of market-based reforms. He is cut from the same cloth as his mentor, Zhu.

My question was set in the context of the new thrust of Chinese reforms announced at last November’s Third Plenum of the 18th Central Committee of the Chinese Communist Party, which emphasized the “decisive role” of market forces in shaping the next phase of China’s economic development.

I prefaced my question by underscoring the inherent contradiction between a target and a forecast in framing China’s major economic objectives. I argued that the former embodied the obsolete straitjacket of central planning, while the latter was far more consistent with market-based outcomes. A target perpetuates the image of the all-powerful state-directed Chinese growth machine – a government that will essentially stop at nothing to hit a predetermined number.

While it may seem like splitting hairs, continuing to frame the economic goal as a target sends a message of determined and explicit guidance that now seems at odds with the government’s market-oriented intentions. Wouldn’t dropping the concept send a far more powerful message? Isn’t it time for China to let go of the last vestiges of its centrally planned past?

China, he went on, is in fact moving away from its once single-minded emphasis on growth targeting. The government now stresses three macroeconomic goals – job creation, price stability, and GDP growth. And, as evidenced by the annual “work report” that the premier recently submitted to China’s National People’s Congress, the current emphasis is in that order, with GDP growth at the bottom of the list.

This gives China and its policymakers considerable room for maneuver in coping with the current growth slowdown. Unlike most Western observers, who are fixated on the slightest deviation from the official growth target, Chinese officials are actually far more open-minded. They care less about GDP growth per se and more about the labor content of the gains in output.

This is particularly relevant in light of the important threshold that has now been reached by the structural transformation of the Chinese economy – the long-awaited shift to a services-led growth dynamic. Services, which now account for the largest share of the economy, require close to 30% more jobs per unit of output than the manufacturing and construction sectors combined. In an increasingly services-led, labor-intensive economy, China’s economic managers can afford to be more relaxed about a GDP slowdown.

Last year was a case in point. At the start of 2013, the government announced that it was targeting ten million new urban jobs. In fact, the economy added 13.1 million workers – even though GDP expanded by “only” 7.7%. In other words, if China can hit its employment goal with 7.5% GDP growth, there is no reason for its policymakers to panic and roll out the heavy counter-cyclical artillery. That, in fact, was pretty much the message conveyed by a broad cross-section of senior officials at this year’s CDF: Slowdown, yes; major policy response, no.

Zhou Xiaochuan, the head of the People’s Bank of China, was just as emphatic on this point. The PBOC, he argued, does not pursue a single target. Instead, it frames monetary policy in accordance with what he called a “multi-objective function” comprised of goals for price stability, employment, GDP growth, and the external balance-of-payments – the latter factor added to recognize the PBOC’s authority over currency policy.

The trick, Zhou stressed, is to assign weights to each of the four goals in the multi-objective policy function. He conceded that the weighting problem has now been seriously complicated by the new need to pay greater attention to financial stability.

All of this paints China with a very different brush than was used during the first 30 years of its growth miracle. Since Deng Xiaoping’s reforms of the early 1980’s, less and less attention has been paid to the numerical targets of central planning. The State Planning Commission evolved into the National Development and Reform Commission (NDRC) – though it is still housed in the same building on Yuetan Street in Beijing. And, over time, economic managers succeeded in drastically curtailing sector-by-sector Soviet-style planning. But there was still a plan and an aggregate growth target – and an all-powerful NDRC hanging on to the levers of control.

Those days are now over. A new “leading committee” on reforms is marginalizing the NDRC, and China’s most senior fiscal and monetary policymakers – Lou Jiwei and Zhou Xiaochuan – are close to taking the final step in the long journey to a market-based economy. Their shared interpretation of flexible growth targeting puts them basically in the same camp as policymakers in most of the developed world. The plan is now a goal-setting exercise. From now on, fluctuations in the Chinese economy, and the policy responses that those fluctuations imply, need to be considered in that vein.

Stephen S. Roach, a faculty member at Yale University and former Chairman of Morgan Stanley Asia, is the author of Unbalanced: The Codependency of America and China.

In this article:Finance, Morgan Stanley Asia