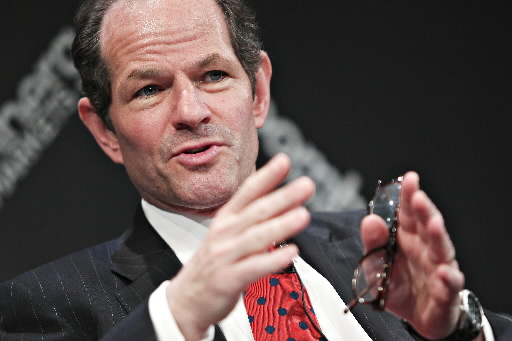 Eliot Spitzer / Getty
–
Ex Governor of New York ,  Eliot Spitzer, has placed 144 New York City apartments his family owns onto the market.
The apartments were developed originally by hi father, Bernard Spitzer, and are being listed for sale through Massey Knakal Realty Services, according to a report by Crain’s New York
Please help us out :
Will you offer us a hand? Every gift, regardless of size, fuels our future.
Your critical contribution enables us to maintain our independence from shareholders or wealthy owners, allowing us to keep up reporting without bias. It means we can continue to make Jewish Business News available to everyone.
You can support us for as little as $1 via PayPal at office@jewishbusinessnews.com.
Thank you.

They are located in a huge 57-story Manhattan condominium building apartment tower,  known as the Corinthian at 330 East 38th Street on the West Side that the elder Spitzer completed in 1987.

the Corinthian/ Photo source  luxurynewyorkcondominium.com
–
It was such an enormous project, with 863 units in total, that either Bernard Spitzer couldn’t sell them all at the time in what had by then become a slowing housing market, so he decided to rent out the 144 units, which are non-contiguous, or it was a strategic policy decision to keep them for the long term.
–

The Corinthian condominiums – 330 E38th Street
–
Either way they have likely appreciated substantially since, and Eliot Spitzer is putting his mark on the family company today by releasing funds from such transactions to perhaps make way for a more active future development role. Depending on the size and condition of each unit, it would not be a stretch for the whole portfolio to potentially be worth somewhere close to US$150 million.
–

Entrance – 330 E38th Street
–
The portfolio could be held by a purchaser for rental income, with uncontrolled rents in all of them or be broken up, refurbished and sold again as individual condominium units.

Just in December Spitzer purchased a major development site in the new Hudson Yards neighbourhood,  located at 511 West 35th Street, for US$88 million. The property,  suitable for a mixed-use development with office, hotel, and residential components,  was apparently also brokered by Massey Knakal.

The pool / Photo source s3.amazonaws  com
–
Jeffrey Moerdler, a lawyer with Mintz Levin, who handles the legal work for many of Spitzer’s real estate deals in New York spoke to Crain’s saying, “Eliot is very sensitive to the fact that the family has extracted as much value as it can from some of the assets it owns, ” adding, “He’s trying to monetize those buildings and reinvest in assets that have the opportunity to generate new value.”
–
In this article:Eliot Spitzer, Finance, Selling