Zimmer, CEO  of Lyft has unveiled  yet another innovative marketing tool to cement their share in an increasingly competitive market. 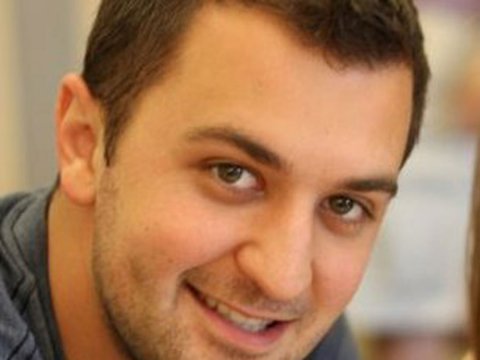 John Zimmer, CEO of Lyft, a ride  shading  application that he introduced last year that allows lift seekers to request a driver immediately and get a ride anywhere, has taken the next step in increasing decreasing the company’s market share through the introduction of a happy hour.

Just a few months ago Lyft totally revamped their method of earning payments from passengers, doing away with the slightly ponderous method of requesting donations and instead presenting the passenger with a more enticing rate under the label of  “Prime Time Tips”.

Now John Zimmer has upset his major rival in the ride sharing business, Uber, by introducing what he describes as a happy hour, during which time passengers can travel for considerably reduced fares, sometimes  as much as half, during the hours of the day which have been identified by Lyft as being chronic periods of slow demand.

Lyft will be introducing their happy-hour pricing to all rider sharers from next week onwards.

Discussing the change in pricing policy in a recent interview John Zimmer confessed that as the company began to recognize a settled picture in their pricing policy began to realize that one of the problems with the “surge pricing” policy that they had instigated was that it had begun to develop a definite trait towards rising prices, with those participating in the scheme not always enjoying a reasonable return  for the time that they had made  available to pick up passengers.

With the introduction of the happy hour scheme, Lyft’s are sure that they will be able to draw in more customers when demand is low, typically between 11 a.m. and 3 p.m., with demand began to pick up again around 5 p.m. During these periods when there are fewer passengers around, fares are now going to be dropping  at rates between 10% and 50%, which Zimmer hopes will help drivers book more fares.

Zimmer went on  to point out that Lyft’s tarriffs will need to be significantly higher  during the  “prime time, ” hours when there are generally more ride requests than drivers available to take them up, what’s going on to add that, at Lyft, the highest possible prime-time fare is set at a level of  200% the normal rate.

“With the introduction of happy hour, Lyft will be the most affordable option for passengers over any 24 hour period, ” Zimmer summed up.

John Zimmer graduated at Cornell University School of Hotel Administration.   It was during his time at  Cornell that  Zimmer began to see the advantages of a rideshare program  when he was looking for  rides home during  college breaks  school breaks, where he recalls seeing all of these empty seats.

After completing college, John  began his professional career  working as an analyst in the  real estate finance department  at Lehman Brothers in New York City, having the good sense or good timing  to leave the brokerage company three months before they declared bankruptcy

In the meantime John Zimmer had hooked up with  Logan  Green who was working on a ridesharing  concept similar to the one  which had interested Zimmer in his student days.

In 2007, Green and Zimmer launched the first version of the rideshare program at Cornell University, which in the space of  six months, had succeeded in signing up 20% of the entire student body.

By  April 2012, before being sold to Enterprise Holdings of St. Louis, Zimride  had succeeded in putting together close to 30, 000 car pools, whose  users had travelled   over 100 million miles along the way, saving more than $50 million in the process.