Pincus joins a breakdown crew of top fight investors to provide some financial fuel to set the project’s wheels back in motion. 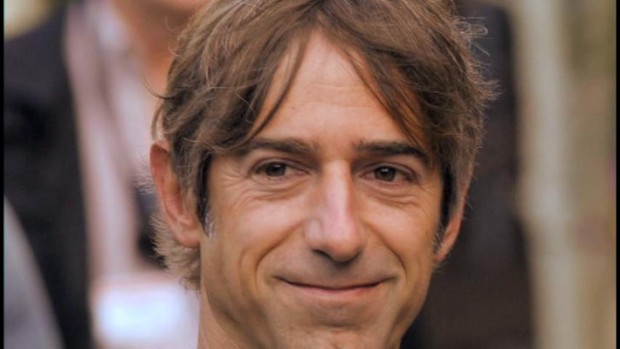 Mark Pincus, online entrepreneur extraordinaire and co-founder of  social game publisher Zynga has provided some much needed financial support to help San Francisco based Lit Motors’ electric powered two-wheeled  C-1 city car project reach an advanced prototype stage, after a long  period when it looked like the exciting “ vehicle of the future” would remain in mothballs indefinitely

Pincus will be joining his close friend and design guru Yves Béhar, who not only will be putting some money into the million dollar Stage One venture capital funding drive, but will also be working  closely with  Lit Motors’ design  as a design advisor.  Investors in Lin Motors make for a very varied and interesting group of people ranging from high flying  angel investor Scott Belsky to world surf champ Kelly Slater, South Korean based international gaming developer Kim Jung-Ju and two  entrepreneurs from the field of action sports,  Damon Way and Steve Rocco.

Thanks to this latest round, total funding in Lit Motors now stands at  just over $2 million, which according to the company’s founder and CEO  Danny Kim will be just enough to  enable the company to  finally piece together a functional C-1 prototype before the end of this month.

Kim has already succeeded in launching a much improved  C-1 prototype, which was little more than  an electrically powered, self-balancing motorcycle, capable of carrying a maximum of  two passengers in its distinctive  egg-shaped cockpit. The major limitations  of the phase one prototype was that it could only travel in a straight line, and at only ten miles-per-hour.

Now, according to Yves Behar this latest round of  funding will enable Lit Motors  to  seriously enhance their design crew as well as  hire a full engineering team capable of producing  a high-speed driving prototype that will be able to fully execute the full driving experience.

Lit Motors have been handed a mandate to develop a production car that will be capable of reaching speeds of up to 100 mile-per-hour model and making banked turns of up to 45-degrees, making them capable of handling the toughest urban and suburban driving conditions, while being exceedingly economical  and highly friendly to the environment.

Demand for city cars are surprisingly high, with Lit sitting on an order book containing 850 pre-production orders, with considerable pressure on Danny Kim to release  some kind of  finished product, which the affable inventor now confident could be as close as eight months away –thanks to a little push from his friends, Mark Pincus included.

Mark Pincus graduated with a Bachelor of Science degree in Economics from the Wharton School of the University of Pennsylvania. After graduating Mark Pincus spent a number of years learning the ropes in the venture capital and financial services industries, including spending  two years as a financial analyst in New York with Lazard Freres & Co., followed by four years in Hong Kong, as  Vice President  at Asian Capital Partners.

After completing his stint in Hong Kong, Pincus returned to studying, gaining  his masters degree from Harvard Business School.

After leaving Harvard,  Pincus joined Tele-Communications, Inc as   manager of corporate development, later joining Columbia Capital as Vice President. It was while at Columbia Capital that Mark got his first taste of the rapidly developing world of hi –tech as head of the department that handled investments in new media and software startups.

Mark’s time at Columbia Capital obviously gave him a taste for the opportunities in the sector. In 1995 Pincus launched his first startup, a push technology service under the title of Freeloader, Inc., which he succeeded in selling just seven months after its launch, banking a  cool $38 million.

It took Pincus just a few months to establish his next hi-tech venture, Support.com, which he succeeded in building into one of the Internet’s leading software providers for the service and support industry, taking the company public in 2002 while aged just 36.

The following year, Pincus established his third Internet start-up, Tribe.net, regarded by many as being among the forerunners of the social network websites

Apart from an Internet pioneer in his own right, Pincus developed a knack for discovering potential in the hundreds of start-up companies springing up on the West Coast of America and became a founding investor in such industry leaders as  Facebook and Twitter as well as a number of  others.