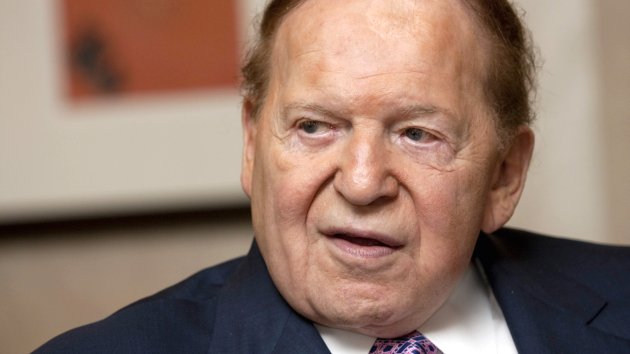 Sheldon Adelson’s Las Vegas Sands is hoping to establish casino operations in Japan, offering to invest up to US$10 billion to make it happen in what would be a first for that country.

In countries everywhere gambling is an activity subject to the licensing authority of the state. Some countries forbid it altogether; others turn in into a state monopoly by way of national lottery programs.

In the United States casino gambling is permitted, on a state by state enfranchised, and taxed, private enterprise basis. In Singapore and Macau in China the same is true on a national sovereign enfranchised basis.

In Japan currently casino gambling is presently forbidden altogether, though gambling at horse races is not. With Japan getting ready to hold the Olympic games in 2020 however, there is also pressure building for it to bring casino gambling to the country for the first time as well.

As a potent source of tax revenues the Japanese government is clearly being tempted, in order to help pay for the Olympics with taxes and fees on casinos.

Since many wealthy Japanese already travel to Singapore and Macau to gamble the argument is they should be able to do so closer to home, and for the benefit of the national treasury. Word is plans would call for a casino in Tokyo in time for the Olympics and a second one in Osaka afterwards.

So keen is Adelson that he is being quoted as saying he would spend up to US$10 billion, or “whatever it takes” to bring this about for Las Vegas Sands. Fresh from being rejected in his attempts to bring casinos to Spain, with his properties in Macau doing well and with the US market itself recovering clearly he is in a good position to try to push this forward.

Caesars Entertainment, controlled by a hedge fund consortium led by Appollo Global has also indicated it would like to participate in Japan. Having been shut out of the action in Macau by coming to the table there too late to build, and with massive LBO financing costs to recoup when it was privatized in 2007, just before the financial crisis hit in 2008, Japan may be Caesars best shot for entering the Asian market.

Wynn Resorts, led by Steve Wynn would also like to jump into Japan and the list even gets longer. Accordingly the Japanese Government will be in a very good position to drive a very hard bargain if they should indeed consider the massive cultural change that will be involved in bringing casinos to their country, and foreign devils with it. Already Adelson is having to field questions about whether he would partner with local companies to get it done. Whilst obviously squirming a little at the thought, he said he would have to consider it a possibility for sure though he has the money he needs to go on his own.