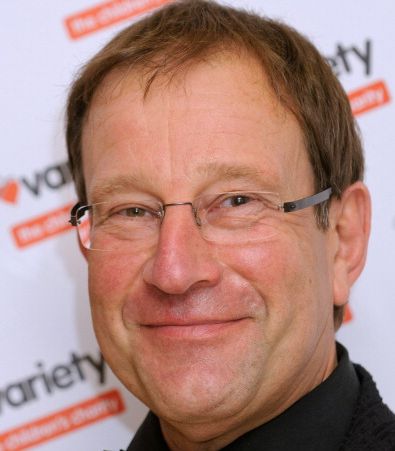 The financial press in England indicated this weekend that Richard Desmond may be making some progress in selling UK’s Channel 5 which he bought in 2010 for just US$175 million, and which has had its licence renewed by the British government for a further ten years since he bought it.

Desmond had earlier asked Barclays Bank to investigate his possible options and look for buyers for the free to air network – for a rich asking price apparently, of a cool US$1 billion, after he turned it into a money maker in just three years with new programming such as the Big Brother franchise.

Read more about this story:

With his Big Brother contract expiring in 2015, however, and likely an expensive bill to pay to renew it, selling the channel at the top may be a better choice for him it seems.

Accordingly, the London Financial Times yesterday reported that bids for the network are due in to Barclays by Thursday of this week. At least three groups of potential bidders are said to be in the running.

One of them is Discovery Communications, which runs the Discovery Channel and which is apparently considering a joint bid together with Rupert Murdoch’s 21st Century Fox-controlled British Sky Broadcasting.

Also now that US cable giant Comcast owns NBC Universal, which is still basking in its massive Olympics success in London in 2012, and seeking ways to capitalize on it further, the network has been actively seeking to grow its international presence.

Finally, Los Angeles based Saban Capital, run by Haim Saban, the parent company of Univision Communications, the Spanish language channel in the US, is considered an outside contender for any major media transaction these days.

It is obviously good to have a horse race, especially for Richard Desmond – who will not be unhappy at all to see this information spread around either, regardless of whether it is entirely on point. Let’s see who bids and how much, once the bids are in…

Richard Desmond is a British media tycoon, worth today an estimated US$1.9 billion according to Forbes magazine’s billionaire’s list.

He was born in 1951 in North London and left school at the age of 15, after his father gambled away his fortune, to become the family bread-winner. In his early years he worked in the advertising industry, opened a record store and played drums at night for a number of local bands.

His interest in music led to the start of his first consumer magazine International Musician. But it was obtaining the British rights to Penthouse in 1983 that first made him rich, He then followed up with the launch of a number of additional x-rated magazines and, later, added a number of both adult and regular TV channels, as well as the weekly celebrity magazine OK!

In 2000 he acquired the Daily Express and Daily Star, including their Sunday editions, which catapulted him to the rank of respectable English newspaper baron in a long tradition of such gentlemen.

As his wealth and scope of business activities grew, he eventually sold off the adult magazines, leaving his holding company, which has the rather strange name Northern & Shell, today a hugely profitable media octopus.

As with many rich people, particularly those who are completely self-made, Richard Desmond pays a lot of attention to philanthropic efforts and has endowed a number of charities with both large amounts of money and, perhaps equally important, substantial amounts of his own time.