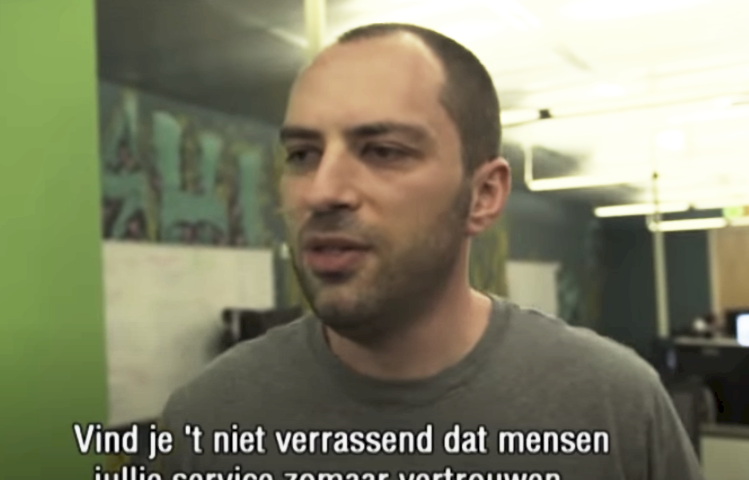 Jan Koum, CEO and co-founder of WhatsApp is a man who yearns for simplicity and is a firm believer in the significance of his actions. That’s why yesterday he packed his partners Brian Acton and Jim Goetz of Sequoia Venture Capitalists into his car and drove them for a few short blocks to a dilapidated building that once housed the offices of the North County Social Services in Mountain View, California.

It was there as a teenager, not long in the country after arriving with his mother from Kiev in Ukraine, that Koum would wait patiently in line to collect the food stamps that they needed. Yesterday Jan was signing a completely different agreement, that of selling the company that he and Brian Acton had formed just four years previously to social media giants Facebook for the almost incomprehensible sum of $19 billion.

It is possible to say that Jan Koum’s life story is one of “rags to riches” yet the no-nonsense former Ukrainian staunchly defends his life in the country of his birth. Life for the Koum family was far from luxurious, with simple surroundings, basic living conditions coupled with a constant and ongoing fear of the secret police who had extensive invasive powers and were never reluctant to use them, especially among members of the Jewish community. 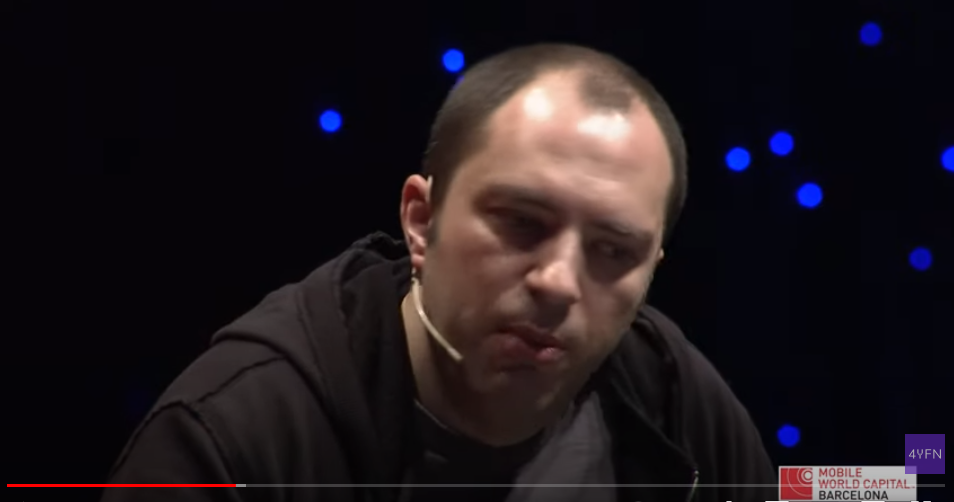 It was for that reason, in 1992 when the gates to Jewish immigration from the former Soviet Union opened that the Koum family decided that life would be better for them in the United States. Jan was just 16 when he, his mother, and his grandmother left a little village outside of Kyiv to start a new life, with his father remaining behind with plants to follow on later.

By some quirk of fate, the Koums arrived in the town of Mountain View, situated in  Santa Clara County, in the San Francisco Bay Area of California. At that time Mountain View was a pleasant little town that offered low-cost affordable housing, where the Koums found themselves a compact two-bedroom apartment that they could afford to rent with the help of government assistance. Ironically, in later years, Mountain View and its surrounding areas grew to become a hotbed of high-tech activity, with many of the industry-leading companies having their head offices in the city.

Things were tough for Jan Koum growing up in a new country, especially when he had to come together with the reality that his father would not be coming to live with the family in America, remaining in the Ukraine where he became ill and eventually passed away in 1997. Not long after they arrived in the United States his mother was diagnosed with cancer, to which she would eventually succumb in 2000. This new situation meant that she was unable to work to support her son and her ailing mother, and the family was forced to live off disability allowance.

These were difficult and testing times where Koum would recall his anger and frustration of being unable to contact his father and the rest of his family and friends that he had left behind in Ukraine, other than through the telephone which was both extensive and not secure, and hoping that one day they would be a way for people from across the world to keep in touch with each other.

When Jan was eighteen, after completing high school in gaining considerable skills as a self-taught computer network engineer, he enrolled at San Jose State University helping to pay for his studies by moonlighting with global accountants  Ernst & Young as a security tester.  Once again fate was to play its hand in Koum’s future when he found himself assigned to the fledgling search engine Yahoo, to inspect security levels at the company’s advertising system, working in conjunction with Brian Acton, one of Yahoo’s earliest employees. Acton recalls his first impressions of Koum being that he was quite a bit different from the other Ernst & Young employees, with a  very no-nonsense style and an obviously inquisitive mind that asked leading questions.

Looking back,  Koum admitted to feeling an immediate rapport with Acton, who had a similar no-nonsense approach to working.  Six months later  Koum also joined the team at Yahoo working as an infrastructure engineer, while still attending  San Jose State University.

The particular arrangement was to last just two weeks when Yahoo suffered a systems breakdown and cofounder David Filo called Koum who was attending classes to come in and help out. It was then that Jan decided that it was either Yahoo or University and Yahoo won out.

Koum and Acton were to remain colleagues at Yahoo for nine years, during which time a firm friendship grew up as well as understanding the mark that they actually wanted to make in the rapidly developing social media world, which was very far removed from where Yahoo was heading.

In September of  2007, Koum and Acton left Yahoo, taking a year out to see some sites, traveling particularly around South America. On their return to the United States, the pair individually applied for jobs on Facebook and later on Twitter, where ironically their applications were both rejected. Someone, at least in Facebook’s personnel department, is liable to be receiving the memo, probably from Mark Zuckerberg himself, about how they let  Koum and Acton slip through

Koum who was living off the considerable savings that he had earned during his time at Yahoo, recalls having a breakthrough in early 2009 after he bought his first iPhone and visited one of the first App Stores to open, and discovered that there was a completely new industry springing up for iPhone compatible applications or apps as they have now become universally known. Jan recalled his early frustrations at being unable to make low-cost no-frills contact and decided that he would develop an app of his own that would make this possible.

After making a tentative start on his own Jan convinced Brian Acton to join him as co-founder of the company, where one of their first and most important management decisions beings, no matter what the new application, to be called WhatsApp would never accept any form of advertising revenue.

To get the project off the ground Acton succeeded in securing sufficient seed funding, and WhatsApp, an ultra-simple messaging app became a reality, to be marketed through Apple’s recently opened App Store.

Once again significance was to play its part with the company being registered on Jan Koum’s 33rd  birthday on Feb. 24, 2009, not that far away from where he used to queue up for food stamps in Mountain View, California.

Although from the outset, Koum and Acton planned to charge a token fee of one dollar annually to subscribe to their service, there were periods, especially in its early days, when WhatsApp was free of charge. It was only when the company succeeded in implementing the ability to transfer photographs and video that they began to charge on a more consistent basis for the service, although they also considered it prudent to discreetly seek out some additional venture capital choosing Jim Goetz, of Sequoia Capital to provide $50, 000 in funding for WhatsApp, making him, in the process, the company’s only external board member.

Two years later in Feb. 2013, with a user base that had grown around to about 200 million active users and is a highly strained engineer-based staff of around 50 people, Acton and Koum felt the time was the right look for stage B funding, with Sequoia agreeing to invest a further $50 million, on condition that was done in absolute secret.

Today Jan Koum is 37 years old, one of the wealthiest men in the social media industry, yet still looking back, in a positive light, on the simple life that he had in Ukraine and how his vision of instant simple messaging has changed the lives of hundreds of millions.

Since his retirement, Koum seems to be isolating himself and rarely talking to the media. His character is hardly caught on camera. Only a few news stories about his activities appear, especially in terms of buying a house or a luxury car.

For example, at the end of 2020, Jan Koum purchased a super-luxury home for $125 million in cash. The home is located in the Upper Beverly Hills area of ​​Los Angeles.

It is known that his estates are scattered everywhere. His main residence costs nearly $100 million. is located in Atherton in Silicon Valley.

Koum was not involved in any technology company.