Our Crowd,  an Israel based  innovative funding program, will now be offering its services in Australia. 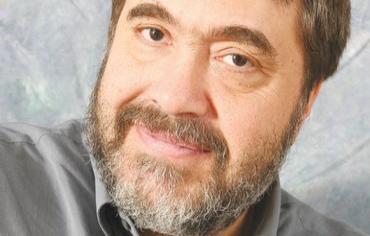 Jonathan Medved, founder and CEO of Our Crowd, which has been described as a cross between a venture capital platform and a crowd funding organization has announced it will be taking their concept down under and will be opening an offshoot in Australia.

Our Crowd, established in 2012, differs from the standard crowd funding organization  in that it allows accredited investors only invest in startups, going as far as sourcing potential investment deals, performing due diligence on the company and at the same time leading every investment project with an investment of their own capital.

Once the company has been added to the Our Crowd portfolio, they enjoy the presence of a member of the Our Crowd management team on their board as well as access to a tailored mentorship program.

Since its founding OurCrowd members have raised close to $25 million for the 33 companies it has taken under their wing in Israel.

According to Medved, OurCrowd currently has a pool of around 4000 accredited investors, coming from all over the world, who are on the  constant lookout for investment opportunities, with around 10% of that figure having made investments in companies in the Our Crowd portfolio, while  OurCrowd typically invests around $50, 000 of its own capital into every company that they pick out.

Spurred by their success in Israel, Medved will now be taking the OurCrowd format to the other side of the world, offering their services to start-up companies who are looking for a funding alternative between venture capitalists and angel investors.

The OurCrowd platform will allow investors to fund Australian companies as well as providing Australian investors the opportunity to provide investment funding for fledgeling companies across the world.

Jon Medved has stated his conviction that the OurCrowd, will work well in Australia being that it is “new investor  friendly” with many of its current active members usually investing capital in a company for the first time and for that reason tend to be more open-minded than the typical venture capitalists yet was more knowledge of the world of business than the average crowdfunder.

One of the local representative of OurCrowd in  Australia will be Nathan Cher of NCN Investments, who has already stated that the company’s  first year aim will be to bring around three or four or five Australian tech companies  with  the actual number being dependent on the quality of the applicants.

OurCrowd have a very specific profile for the type of company that the prefer to invest in, particularly those involved in “deep technology” who are interested in taking their product or service to a global market. Ideally they will already have an existing client base as well as having demonstrated some expansion ability.

Medved went on to add that OurCrowd prefers to focus on companies already in their series A and series B funding stage, although it will occasionally provide seed funding.

As far as the Australian startup market is concerned, Jonathon  Medved believes that there is tremendous potential thanks to the tremendous technology available, coupled with the innovative abilities of the Australian entrepreneurs, who have, until now, been forced to cope with a situation where there simply has not been adequate money to fund startups.

According to Medved, OurCrowd will not be expecting any of the Australian companies that they work with to move nearer headquarters out of the country instead working on the precept of build long-term value in Australia, in the hope that some of the companies that we invite to become a member of Our Crowd will go into becoming global companies, whilst maintaining their headquarters or at least have a significant presence in Australia.

The OurCrowd Australia operation will be jointly headed by Nathan Cher and David Shein, who were the co-founders of Com Tech, in close cooperation with  Geoff Levy, chairman of Monash Private Capital.

California Born Jonathan Medved is regarded as being  among Israel’s leading high tech venture capitalists, reportedly  has invested in over 100 Israeli startup companies, with a dozen of them reaching a market value  of more than  $100 Million dollars.

In this article:Israel, Australia, Finance