Judge Judy Sheindlin will be introducing  a new element for her next  TV series, Hot Bench,  which will feature a  judge and two attorneys. 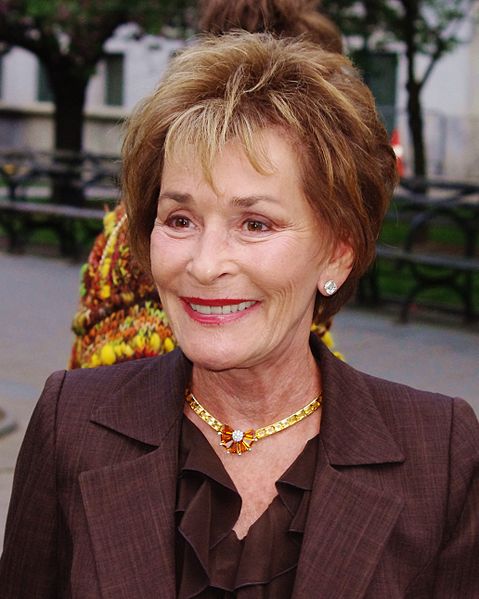 Judy Sheindlin,   best known as Judge Judy, from her long-running reality television show of the same name has come up with an interesting angle for her new court case show, due to be released in the fall.

Judge Judy has presided over Judge Judy her own successful reality courtroom series since 1996, attracting a huge TV audience, with the show being the recipient of a  Daytime Emmy Award.  Judy Sheindlin carries the distinction of being amongst  the highest paid television personalities, being paid  $123, 000 for each  episode of Judge Judy.

The new Hot Bench series will be a variation on the same theme as Judge Judy apart from one major difference, that it will feature a panel of three judges, each with considerable legal experience. The trio will not only be presented with details of actual court cases, but also discuss and debate the legal aspect of the case before returning an actual verdict.

When news of the release of Hot Bench was announced,  Ms. Sheindlin explained that she came up with the concept for her TV for the show, while  on a business trip with her husband in southern Ireland, and decided to use some of spare time to visit a court there to compare the differences between the system in America and in Ireland.

“My husband Jerry and I were both fascinating and compelled by the three-judge bench system, and felt that it would transfer very well to a television setting.” Judge Judy recalled.

Hot Bench will be the first time that Judy Sheindlin has been behind the creation of her own television show, which was already been signed up distribution through both CBS Television Stations as well as from stations in the Tribune, Sinclair Broadcast Group, Cox Media Group and the Meredith Corporation just to name but a few, with Ms. Sheindlin’s new concept looking likely to be a popular  fill  for the afternoon and early evening time slots.

Sheindlin went on to say how she was certain that by  bringing this idea of a three-judge bench to the small screen in the U.S. would bring court-case television programming to a whole other level. Hot Bench viewers will be able to sit  in on  a court session where the judge or judges frequently bombard  defense and prosecution lawyers with questions while they are in the height of making their presentations, which inevitably sparks off some fireworks.

Making up the bench in the Judge Sheindlin’s  show will be Patricia DiMango, a New York State Supreme Court Judge, based  in Brooklyn along with  Tanya Acker, a  Los Angeles-based practicing attorney  who is well known as  a political, social and legal commentator who has appeared on numerous Televised debates. Making up the trio is  Larry Bakman, who is a member of the State Bar in both  California and New York, and has operated his  own legal practice in Los Angeles for more than thirty years.

Judith Sheindlin  passed the New York bar examination in 1965, going on to become a prosecutor in the family court system. In 1982  the then New York Mayor Ed Koch raised her status to that of Judge, where she presided initially  in the city’s criminal court circuit, later going on to become a family court judge in the  Manhattan Borough  in 1986.

Ms. Sheindlin first captured the attention of the media when she appeared on  a 60 Minutes special, describing  her career in the family court, which led to the evolution of  Judge Judy, which  is now in its 18th season.