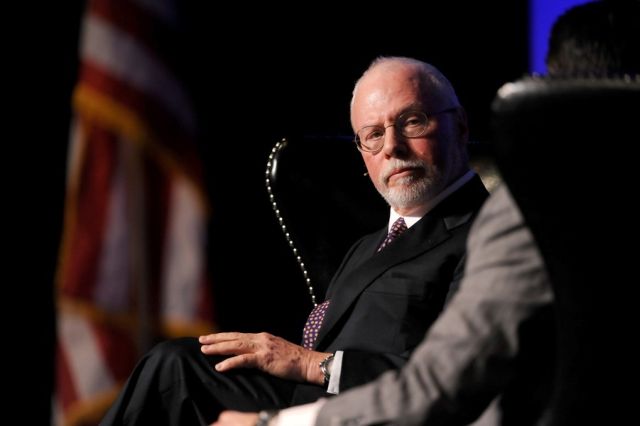 Just one week ago networking company Riverbed Technology (NASDAQ: RVBD) received an unsolicited takeover offer, from Paul Singer’s Elliott Management offering to buy the company for US$3.1 billion. Already in the thick of activist action in Germany over the Celesio deal, and a well-researched intervention towards Juniper Networks here at home, Elliott Management have been having a busy couple of weeks. Clearly they didn’t take much time off over the holidays.

In their proposal to Riverbed Technology Elliott Management revealed they held about a 10.5% interest in the company. Riverbed responded to it by stating it would review the Elliott Management proposal, taking into account the Company’s own current strategic plan and growth initiatives.

After reviewing the Singer proposal Riverbed Technology has now come off the fence, announcing yesterday that after consideration with independent legal and financial advisors, it has unanimously determined not to pursue the unsolicited proposal from Elliott Management Corporation, to acquire all of the outstanding shares of Riverbed common stock for $19.00 per share, as it believes the proposal undervalues the Company and is not in the best interests of shareholders. Goldman Sachs has been serving as financial advisor to Riverbed and have obviously helped the company draw their line somewhere in the sand.

In doing so Jerry M. Kennelly, Chairman and CEO of Riverbed stated publicly yesterday “Riverbed has been executing a strategy focused on the creation of sustained growth for our business and increasing value for all of our shareholders, ”…“Earlier today, we announced favorable preliminary fourth quarter 2013 results and our first quarter 2014 view, which are indicative of the strong early traction we have achieved against our strategy.”

To finish making the point he then went on “As customers continue to adopt the full breadth of our Application Performance Platform to achieve the benefits of location-independent computing, we expect to increase our share of the US$11 billion application performance infrastructure market.”

The same day as Riverbed rejected Singer’s current overtures, it issued its preliminary fourth quarter results for the three months to December 31st, 2013. Revenues are estimated to have come in at around US$285 million, which is above the company’s previous guidance of US$270-276 million. Non-GAAP net income is estimated to be coming in around US$30 cents a share compared to its prior guidance of US$26-27 cents a share. Together these numbers are indicative of a strong finish to the year.

In announcing these results Jerry M. Kennelly also came out swinging “Riverbed executed well to a strong 2013 finish, ” he said, and continued, “Sales in the fourth quarter exceeded our expectations across all major product lines and geographies, demonstrating strong ongoing demand and the differentiated value that we deliver to customers across our full product portfolio.”

He then went on to look forward to the first quarter of fiscal 2014, ending March 31, where he expects the company may achieve non-GAAP revenue of $262 million to $268 million and non-GAAP earnings of $0.21 to $0.23 per diluted share, in what is traditionally the quiet first quarter for IT spending.

“Our March quarter outlook, combined with our December quarter revenue and earnings performance, are proof points that our strategy to offer the most complete platform for location-independent computing is beginning to deliver results, ” continued Kennelly. “As the leading application performance infrastructure provider, we will continue to focus on delivering shareholder value through strong execution.”

Any company under attack from activist shareholders such as Paul Singer has to do two things; first it must proactively seize the public relations high ground, preferably with good numbers to report just coming in. Jerry Kelly has clearly ticked off that box in his response. Then you must be able to give grounds for sustained optimism looking forward if you can, and he has just done that as well. More important than either, a CEO must convince its shareholders the company is being managed for their best interests and demonstrating that everyone is doing their job as they should.

A CEO’s key communications task therefore is to communicate all that successfully to each of the company’s shareholder constituencies, so they will want to stick with you for the ride. They can even take bad news if you alert them well in advance, and show you are dealing with it.

So far Jerry Kelly seems to be on top of the task, and the shares are up slightly on the announcements. If he drives the business forward and profits increase then he will indeed make shareholders content. At the very least even if the company is irrevocably in play now, he may get a better price.