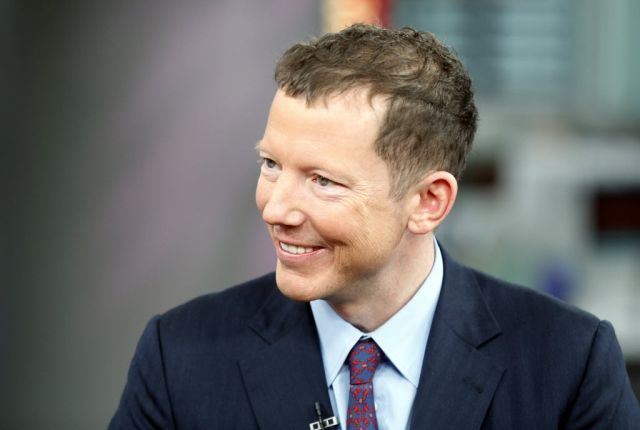 Genel Energy Plc GENL (LON) ,  the largest independent oil and gas operator in Kurdistan, will sell its first crude oil through a new pipeline to Turkey later this month.

The regional government of the oil rich, semi-autonomous region of Iraq announced officially last week in Erbil, the regional capital, it would begin pumping the first 2 million barrels of oil through the pipeline by the end of January, on its own authority and without the prior approval of the Iraqi government.

The new pipeline gives Kurdistan its own access to international oil markets for the first time, through Turkey to the port of Ceyhan.

Genel Energy is a company listed on the London Stock Exchange. It has headquarters in London and operating bases in both Ankara in Turkey and Erbil in Kurdistan. Today it is the largest independent oil producer and the largest holder of reserves in the Kurdistan Region of Iraq.

Its two current oil producing fields are Taq Taq, in which it holds a 44% interest, and Tawke, in which it holds a 25% interest. These have estimated gross “proven and probable” reserves of 1.4 billion barrels of oil and “proven, probable and possible” reserves of 1.9 billion barrels of oil. The company’s net interest in the two fields is 445 million barrels just for the proven and probable resources there. These are all very good numbers indeed, especially for a company nominally still classified as an exploration company.

Financier Nathan Rothschild is also one of the founders of Genel Energy in its current form, having merged the predecessor Turkish comany in September 2011, in a US$2.1 billion share exchange, with his special purpose acquisition vehicle Vallares, which had itself raised US$2.2 billion in cash three months earlier in an IPO in London.

Now that Kurdistan has in effect freed itself from the oil policies of the central government in Baghdad, because of the new pipeline, the outlook for Genel Energy has become extremely positive as well. At its current share price, the company has a trailing twelve months P/E of 31x, according to the London Financial Times, reflecting expectations of good results to come in 2014. Analysts consensus forecasts are also said to be that the company can outperform the market in 2014.

Genel Energy is also separately acutely conscious, moreover, of the 200, 000 Syrian refugees that are now camping out in Kurdistan in miserable circumstances where they have fled to escape violence back in Syria. Accordingly the company recently donated US$ 1 million to the charity “Save the Children” to support the work it is doing there to help them. Now it is winter a lot of people are struggling with freezing temperatures, and even snow, and are enduring some extremely harsh living conditions.

As a key player in the region of Kurdistan, Genel Energy stands to do well the more successful Kurdistan becomes in continuing to establish itself as an entity separate politically from Iraq. With a long and complicated history of difficult relations with its Arab brethren in the rest of Iraq, it would surprise no one if eventually it should move beyond the proto-state it has already become to full independence at some point. Kurdish nationalists even dream of reuniting with their Kurdish brethren in the surrounding states of Turkey and Iran as well at some point, though that may be far into the future.

The UK business paper City AM has quoted securities firm Canaccord Genuity as saying Genel is a hydrocarbon leader in the Kurdistan Region of Iraq (KRI), in terms of current/projected oil and gas production, diversity of licenses and remaining upside potential, and through its strong Turkish and KRI relationships. Accordingly, the firm has now already given a target price for the shares of US$20 (£12.50) each.

Under the terms of the way they set Genel Energy up, Nathaniel Rothschild, Hayward and two other founders of the company are therefore not far away from receiving some huge bonuses.

As soon as Genel Energy’s shares close higher than US$20 (£12.50) for 20 trading days out of 30 they become eligible to pick up substantial bonuses, of as much as US$160 million (£100 million) to share between them. Nathaniel Rothschild himself reportedly will be in line to collect about half of this.

In June 2011 the public holding company was originally founded as a special purpose acquisition vehicle called Vallares, which went public on the London Stock Exchange in an IPO. It raised US$2.2 billion (£1.35 billion) by selling 133 million shares then at US$16.30 per share (£10 per share). Nathaniel Rothschild and the other founders put up US$164 million (£100 million) of their own money into the IPO as well.

At the time it was a business come back for Tony Hayward who had been Chief Executive of BP until he was forced to resign after the spectacularly massive oil spill in the Mexican Gulf cost him his job. The spill also cost his former company many billions in clean up charges and litigation that is still ongoing.

Just three months after the IPO, in September 2011 Vallares merged with Turkish company Genel Energy International Ltd., on an equal basis in a second US$2.1 billion transaction. This was effected through a share exchange resulting in the London listed, surviving merged entity being renamed Genel Energy Plc. Turkish business man Mehmet Sepil, who owned 29% of the acquired company, gained the right to appoint a representative to the public company board and he continued as President of the operating company.

After the deal the newly combined company ended up with 280 million shares outstanding. For a while the massive dilution hurt its share performance, but the shares have eventually recovered and today are up by 43% on just a year ago. The current market capitalization therefore today (Tuesday) is just over US$5 billion (£3.05 billion).

This is excellent progress for the company to date, and it is a business venture that is certainly proving to have worked out much better, at least so far, than a similar exercise in international cooperation, this time in the mining industry, became and which had also started with a London listed vehicle Bumi plc (BUMIP.L) (BUMI:London) . This company now recently renamed itself Asia Resource Minerals, after prolonged shareholder disputes and some controversies not all of which are yet completely resolved.