Yesterday Paul Singer’s Elliott Management hedge fund group filed a Schedule 13D report with the SEC containing a letter stating it had made an offer to the Board of Directors of California based IT networking company Riverbed Technology, offering to buy all the company’s shares for US$19 per share in cash and to merge it with one of their own holding company entities, to be set up for the purpose. With nearly 162 million shares outstanding this represents a price tag of about US$3.1 billion for 100% of the company.

The filing also enclosed a complete and fully detailed draft merger agreement that it proposed could be used for their lawyers to hammer out a final agreement.

Elliott state in the letter they already own, or have economic exposure to, shares representing about 10.5% of the shares of the company as of January 8, 2014. The letter was signed by one of Elliott’s partners, Jesse Cohn. 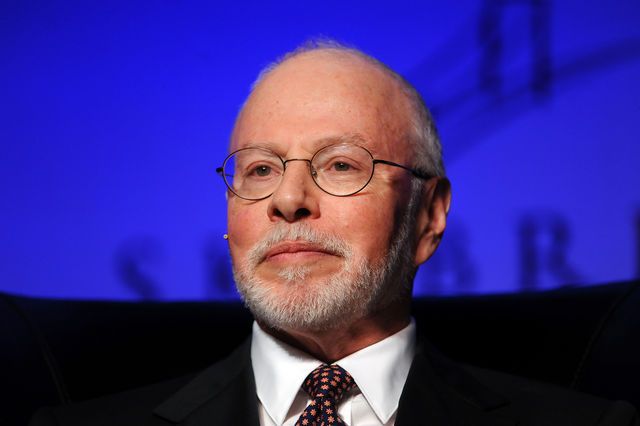 Riverbed Technology (NASDAQ: RVBD) is a California based maker of wide area networking technology. The company current portfolio inclouds IT performance products enabling their customers to improve the performance of their applications, and access to their data, over wide area networks (WANs). It also provides global application performance, reporting and analytics, application delivery control and cloud storage, capabilities.

For the nine months to September 30th 2013 Riverbed’s revenues rose from US$599 million to US$758 million, but with rising marketing, and other costs, net income for the nine months actually fell substantially and turned from an almost US$50 million profit in the prior year to an almost US$21 million loss. The results for the previous year’s nine months period had been aided by a US$12 acquisition-related credit, which then turned into a US$16 million acquisition-related cost this year, which certainly did not help the comparisons either.

Either way the shares had been stalled this year on a downward trajectory until Singer disclosed his holding of a 10.7% position sometime in November when the share price rose substantially, and then rose again after yesterday’s announcement to nearly US$20 per share, already nearly 5% above the price Elliott is offering. Clearly the markets are hoping for another bid from someone else now the company is “in play”, using the jargon du jour.

After receiving the letter from Elliott, Riverbed put out a news release stating it had indeed received the proposal and would review the offer with its advisors, consistent with its fiduciary duties. The company also warned no assurance could be given that the Elliott proposal, or any other transaction, would be consummated following these developments.

Riverbed is now withdrawing behind a self-imposed wall of silence saying it does not intend to disclose any further developments regarding these matters, unless and until its Board of Directors determines there is a material need to update the market.

Riverbed also pointed out that its Board of Directors and its management regularly review all options for generating, and delivering, value to its shareholders. And as a parting shot it stated its Board of Directors will review the Elliott proposal also taking into account the Company’s own current strategic plan and growth initiatives.

The last declaration is an interesting one. Elliott disclosed in its letter it has previously met with representatives of Riverbed, including Riverbed Chairman and CEO Mr. Jerry Kennelly, and Ernie Maddock its Chief Financial Officer, so this initiative is not something coming totally out of the blue. For Riverbed the question will be how best to place Elliott’s proposal in the context of their belief in their own future growth development potential as a stand alone entity, which is really what is implied in that declaration above – and indicates perhaps that they may not be quite ready yet to throw in the towel and take this offer lying down.

On the other hand, after becoming aware of Elliott’s interest back in November, the company has made no attempt either to put in place the standard response to a completely unwelcome approach, namely a shareholder rights plan a.k.a. “poison pill”.

Elliott have not made a hostile bid, nor even threatened one; indeed they state in their letter that their previous contacts were amicable. They also stated their belief in the quality of the company’s assets and its mission-critical position in the thousands of networks of their very loyal customers. So it doesn’t sound like they want to just break the company up, which is any Board’s worst nightmare when corporate activists come knocking.

–
On the other hand, in effect Elliott have put the company “in play” on the cheap just by writing a letter, without going to the trouble of making a formal tender offer of their own. If the company goes along with their views they can buy the business, and sell it again later, so they must believe there is value there. Or, more likely both they and possibly even the company as well, are hoping additional third parties will now come along and make higher bids of their own, thus giving Elliott a quick profit on their position for their “greenmail” attempt.

Elliott even includes in the draft merger agreement a “go shop” provision that would specifically allow the Board to solicit competing proposals for a period even after signing a deal with Elliott. And, finally, Elliott teases in its letter it might have an interest in being a minority partner in any such possible, ultimately competing, bid too. Bravo – who could possibly resist?

This is what happens when as a public company you have a bad year, as Riverbed has done. During 2013 the share price fell from almost US$21 per share to a low of just below US$14 per share not long before the Elliott interest became public knowledge in November. Elliott calculates its offer yesterday is about 26% above the share price on the date it filed its first Schedule D in November.

And, even earlier, nearly three years ago Riverbed’s shares were up at almost US$45 per share. When you do not deliver for such a long period this means you become vulnerable, as large institutional shareholders, who are always the swing voters in such matters, can and do become edgy about your future. Market raiders like Paul Singer and his partners are acutely sensitive to the kind of opportunity this can create, and now seem ready and willing to jump in and put their own money on the table. And, moreover, to do so with no financing conditions or other weasel words people sometimes use getting in the way.

To stay independent and withstand the threat of takeover Riverbed will now have to find some powerful strategic arguments to convince their shareholder constituencies they should hang in.