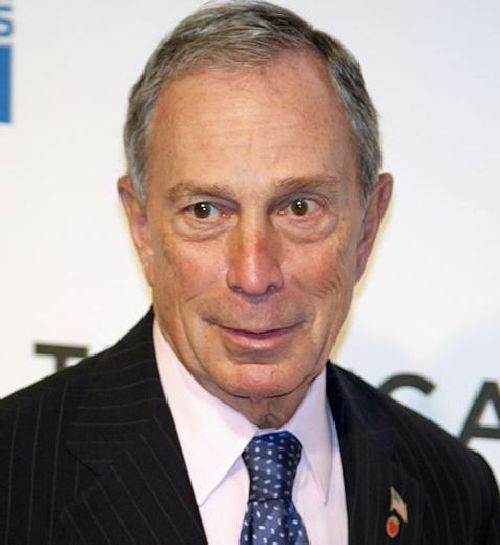 The President of the United States is, in a certain sense, “President of the World”, certainly of the free world and even for people living in countries that hate America, many of their people aspire to go and live in the US at the same time as they sometimes denounce it from afar.

It is pretty much the same with New York City. It is not the world’s largest city by any means, but somehow the Mayor of New York is the “Mayor of the Whole World”. Even if that is usually so, then it is especially so in the case of Mayor Michael Bloomberg, whose twelve year term has had a major impact on the city, and one which has not gone unnoticed outside it.

He became Mayor of New York amidst the smouldering embers of the World Trade Center, and a near bankrupt city. He leaves it with the new World Trade Center well on the way to completion, albeit twelve years later, and with booming businesses and real estate construction all over the place.

His favourite statistic is the huge drop in violent crime that has taken place on his watch, and which has made New York a much safer place to walk around in again. Race relations are also in a much calmer place as he prepares to leave office than when he arrived.

Now his term ends at midnight tonight in favour of Bill de Blasio, who has big boots to fill. As a non-political mayor, and a billionaire businessman to boot, Michael Bloomberg completely defined his own style of “Mayorship”, and also spread around a good deal of his own money in the process while he was doing so.

His first, symbolic, move on taking office was to abolish his own US$2.7 million annual salary, accepting just US$1 a year instead.

To finance his initial election campaign, and then his two subsequent reelection campaigns, he put up nearly US$268 million of his own money. Not only did he win each time but he was beholden to nobody afterwards having done so.

Bloomberg is reported to have donated at least another US$264 million to the New York Arts, and to Civic, Health and Cultural groups during this term in office. He did so both personally and through his business Bloomberg LP, which he owned, and indeed still owns, outright.

He also helped other, more “normal”, politicians with campaign contributions totaling about $US23 million, so that those he believed in could have a better shot at getting themselves elected as well.

He never lived at the Mayor’s official residence, as his own house was round the corner anyway, but out of his own pocket he put up the $US5 million that it took to renovate it.

His private plane he paid for himself too, including to carry colleagues and other interlocuteurs on the business of the city, racking up a, personally paid, bill of US$34 million during his term in office.

Finally, Michael Bloomberg apparently loves tropical fish. So when he was first elected mayor, he installed two giant aquariums inside City Hall. Cleaning them out every week for the past 12 years cost him personally just $US62, 400 though it is reliably reported that at least he did not do it himself.

Some who would be critical might call it benevolent paternalism. Others take the opposite view; -“A modern Medici” reportedly gushed Mark Green, the former public advocate, referring to the powerful 15th and 16th century Tuscan Dukes. That may be a little over the top, but perhaps just “Mayor of the whole World” will do instead.