Yitzhak Tshuva says the deal will be signed soon as sources say the Australians will up their payment by several hundred million dollars.
– 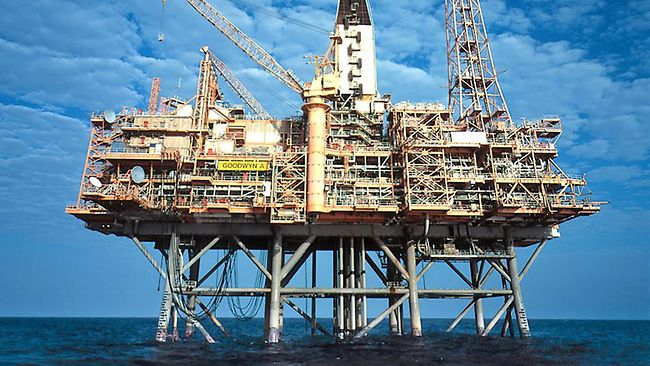 The deal to sell 30% of the rights of the Leviathan license to Woodside Petroleum Ltd. (ASX: WPL) is “very close to being signed, ” Delek Group Ltd.(TASE: DLEKG) controlling shareholder Yitzhak Tshuva told a closed company conference several days ago. One year after the letter of intent was signed between Australia’s Woodside and the Leviathan partners, a source close to the deal told “Globes” that it will be completed in the coming weeks.

The source said that Woodside has agreed to significantly improve its financial offer, among other things, by recognizing the improvement in the development prospects of the field and the different export options. The Leviathan partners can expect an improved offer of several hundred million dollars.

Tshuva’s words of assurance come, as Woodside CEO Peter Coleman has reportedly recently been voicing doubt about the deal. At an analysts conference on December 10, Coleman said that Woodside has allowed another six months for talks and hinted that he would not go into the deal if the conditions were not good enough to justify the huge investment required in developing Leviathan, about $8 billion. Coleman’s words were widely quoted by press agencies including “Bloomberg” in an article claiming that the Leviathan deal had encountered difficulties.

It was exactly a year ago that Leviathan signed a letter of intent to buy 30% of the rights of the Leviathan field for $1.25 billion in cash, to be paid according to milestones and options, and a further payment of up to $1 billion if the natural gas is sold for above the ceiling price that was set.

Woodside’s offer gave the field, the largest ever deep water natural gas discovery, a disappointing value of $4.8 billion (before options) and aroused opposition from the Israeli partners in the rights: Delek Group (45.34%) and Ratio Oil Exploration (1992) LP (TASE:RATI.L) (15%) that preferred trying for a higher price from Russian company Gazprom. US company Noble Energy Inc. (NYSE: NBL) holds the remaining 39.36%.

The Woodside deal was supposed to have been signed in February but was postponed because of delays in government approval for natural gas exports. At the same time talks continued between the parties although Delek’s top executives refused to meet with Woodside executives for more than six months.

In recent months, Woodside agreed to improve its financial offer due to the increase in the gas reserves in the field from 16 to 19 trillion cubic feet (TCF). At the same time Delek wants a premium for the option of exporting natural gas by pipeline to Turkey and Egypt. Sources at Delek claim that the original price offered by Woodside contained a discount for the company’s ability to build onshore liquid natural gas installations. However, Woodside will not bring added value with it in the scenario of selling gas by pipeline to neighboring countries and a reduced value if gas is sold by a floating liquid natural gas installation (FLNG).