Jacobs, who like Old Blue Eyes’s “ Rat Pack” buddy Sammy Davis Jnr., was both colored and Jewish, was a member of Frank’s inner circle for fifteen years. 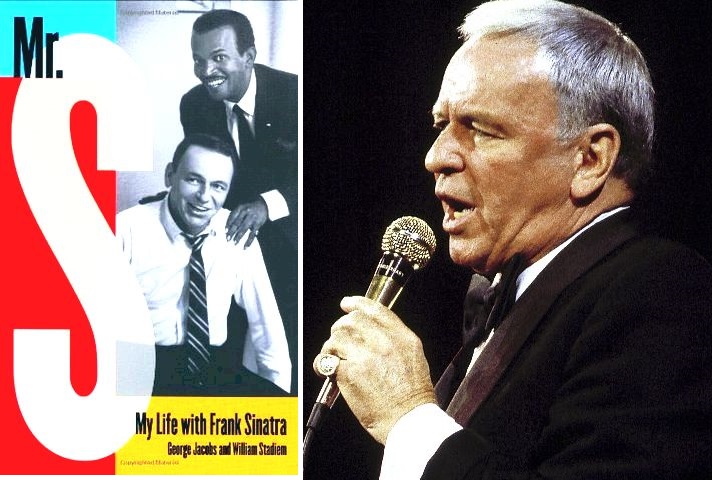 George Jacobs, one of Hollywood’s more interesting characters, has passed away at the age of 87.

Jacobs succeeded in breaking through into the world of entertainment after completing his service in World War II, initially as a personal assistant, valet and cook to Hollywood super agent Swifty Lazar.

It was in 1953, during his spell working with Swifty that George Jacobs captured the attention of Frank Sinatra, at that time moving into a messy divorce from Ava Gardner. At the outset Hollywood observers reckon that Frank only “head-hunted” Jacobs to get one over on  Swifty  Lazar, with  the pair notorious for their “ love/hate” relationship.

in any event, Frank Sinatra formed a strong friendship and working relationship with Jacobs that lasted for 15 tumultuous years, when Sinatra was at the peak of his fame, and the “Rat Pack” ruled supreme in Hollywood as well as in Las Vegas.

George Jacobs became a regular feature in Sinatra’s entourage, never far from the side, and in the process getting to rub shoulders with some of the most powerful people in the entertainment industry as well as the world of politics.

Inevitably, their friendship and working relationship came to a dramatic end in 1968, when George was photographed by the paparazzi at a nightclub in Los Angeles in the company of  Sinatra’s wife, Mia Farrow. At that time, ironically, Frank was in the process of instigating divorce proceedings against Ms. Farrow.  Although he pled  his innocence, and that meeting Mia was just a chance encounter, Frank was in no mood for backing down and their fifteen year  relationship was over as dramatically as it had begun. 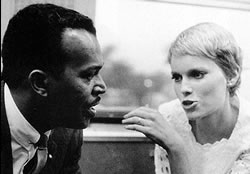 Despite that fact, Jacobs has recalled that he would occasionally  receive a small financial gift from Sinatra as well as from his daughter, Tina, although they met only rarely after the termination of his employment.

After he wound up working with Sinatra, Jacobs was reluctant to leave the Hollywood stage appearing in bit parts as an actor in a number of TV series as well as the film “Tilt” starring Brooke Shields in 1979.

During the years 1998- to 1999, George again displayed that he had no hard  feelings regarding his time spent with Sinatra by appearing as himself in a season-long theatrical tribute to his former employer which ran at the Annenberg Theater in Palm Springs. California.

In 2003 while already in his late seventies, Jacobs got around to co- writing his autobiography, largely focused around his time with Sinatra, and aptly entitled “Mr. S: My Life With Frank Sinatra.”

The timing of the release may well have taken into account the fact that Sinatra had passed away five years previously. In his autobiography. Jacobs released many snippets of insider information about life in the shadow of Sinatra, including particularly juicy tales of Marilyn Monroe and the late President John F. Kennedy.

At one time there was considerable conjecture that “Mr. S: My Life With Frank Sinatra.” Would actually be released as a film. However the deal fell through, although,  according to Jacob’s  son Spike, a documentary version of the book is currently under production in Los Angeles.