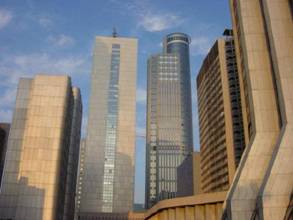 2013 was a positive year for Israeli high-tech and biotech, in almost every respect: total investments rose, salaries rose, and there were some impressive exits. According to human resources and research company Ethosia, the mobile sector is still guiding the industry, and despite some worrisome signs, there is still room for much optimism.

According to the data, in the first half of the year, there was a 52% rise in demand for mobile and web developers. This trend continued for most of the year. Start-ups founded this year succeeded in raising over $380 million, with Internet companies accounting for 25% of the funds raised.

“Web and mobile companies have surpassed the fundraising levels of communications and semiconductor companies, which had been the dominant leaders until now, by tens of percentage points, ” said Ethosia CEO Eyal Solomon. According to forecasts, this trend is not expected to change in 2014, or in the following years.

The sale of Waze to Google for close to a billion dollars deeply affected the job market in Israel over the summer of 2013. As indicated by the data gathered by Ethosia’s research team at that time, the closing of the deal brought about a 40% rise in demand for mobile developers, and increased the fundraising figures in traditional software companies, which develop products for enterprises, as well.

But Waze was not the only Israeli company to have an impressive exit over the past year, in which exits totaled $4.9 billion. Trusteer, which provides software solutions that help companies defend themselves against financial fraud and security threats, was sold to IBM for $900 million, and biomed company Prolor was sold for $480 million.

Many other Israeli companies were sold for practically unheard of amounts. “The nature of these deals indicates a certain change in the high-tech sector, overall. These are not attempts to have quick exits and dreams of instant riches anymore, but rather patience, and the gradual ripening of a process over time, and the execution of exits at prices that, until a few years ago, would have sounded fantastical; practically unattainable, ” says Solomon. “More and more Israeli high-tech companies are looking to grow and get stronger on their own, slowly and diligently, even if it means foregoing or postponing a tempting exit opportunity, ” he adds.

Overall, 2013 was a positive year from the worker’s perspective as well. In comparison with 2012, a significant rise in salaries, demand for workers, and the number of employed was recorded. The most noteworthy figure among these was the percentage of new employees in high-tech and biotech – 11% of all workers in the field in 2013, more than double the previous year, in which new jobs accounted for 5% of positions in the field.

In 2013, new recruits were 11% of all workers – the highest for the past 5 years, at least. In an analysis by quarter, it was found that in the last quarter alone there was a rise of 15% in new workers, relative to the third quarter, and this was in mid-December, before the end of the quarter. “One of the causes for the unprecedented rise is the activity of American companies, which rushed to fill positions for which authorization would expire at the end of the year, and, in so doing, pushed the whole market forward, ” explains Solomon. The trend was also evident in start-ups in the fourth quarter, and a 20% increase can already be seen relative to the third quarter.

Analysis of the trends that defined 2013 points to two encouraging statistics: the average increase in salary was 4.1% – this rise is a continuation of the steady increase in average salary since 2010; the other is the average time to fill a position, which dropped significantly this year – from 8 weeks to 6.5. This positive figure is actually rooted in the wave of layoffs in the semiconductor and communications industries, which helped to shorten the amount of time it took to fill positions. Most of those who were fired in the wave of layoffs, which took place in the third quarter of 2013, have already found new positions.

Analysis of trends in demand and salaries by position reveals that positions for mobile developers stand out, with a sharp rise of 68% in demand for new workers in comparison to 2012. Salaries for mobile programmers rose as well – 8.5% compared with the previous year.

A significant rise was also recorded for web developers (33%), and software developers (18%). Homing in on the world of software itself, we see that the positions with the highest demand were in companies that specialize in solutions in the fields of cloud storage and social networks – two of the standout fields of 2013, which are expected to continue to grow next year as well. Smaller increases were recorded in other positions as well, from marketing managers (9%) to project managers (2%).

A slight decrease was recorded in demand for employees in human resources positions (-2%), and there was a more significant decline in demand for hardware developers (-13%). Alongside mobile developers, other positions that have seen rises in salaries include web developers (7.5%), quality assurance professionals (6.5%), and more . Salaries for senior positions rose 3% on average. Salaries held steady for hardware developers and human resources positions. According to the findings, there was no position in which salaries fell.

For the communications sector of high-tech, the news was less cheerful, as it is a sector in which a few big companies were hurt, and were forced to lay off workers. One of these companies is Alvarion Ltd. (Nasdaq: ALVR; TASE:ALVR), which, at its peak, had a market cap of $3.7 billion, and, at its low (which was recorded not long ago), had a market cap of only $3.7 million. The company was forced to let more than two thirds of its workforce go.

Another company that is in a discouraging situation is Orckit Communications Ltd. (Nasdaq: ORCT; TASE: ORCT), which fired 100 employees at the end of 2012, and, in the summer of 2013, began the process of transferring its license for the development and sale of its products to another company. This process is part of the company’s downsizing trend. Another indication of the blow to the telecom sector is the sale of NDS to Cisco. The Israeli branch of NDS is among the most important to the company, and employs 1, 200 workers. The acquisition process raised fears that many workers would be laid off, but Cisco has announced that this will not happen.

“According to all signs, the growth of the industry in 2013, which was manifest in almost every sector, is expected to continue in 2014, ” says Solomon, “and this is not only because of the impressive strength of the local market and the keen interest on the party of many investors, in Israel and abroad, in local companies, but also because of the important recovery in the US market.” This slow but steady recovery is helping the big companies, like Apple, Broadcom, Cisco, IBM, and EMC, make strategic decisions, and is allowing them to carry out big acquisitions in Israel, which translate into hundreds of new workers in their ranks.