Winkler, the original Fonz in the cult TV show  has been signed up as Creative Consultant , which is set to be first crowdfunded major theatre production in the world. 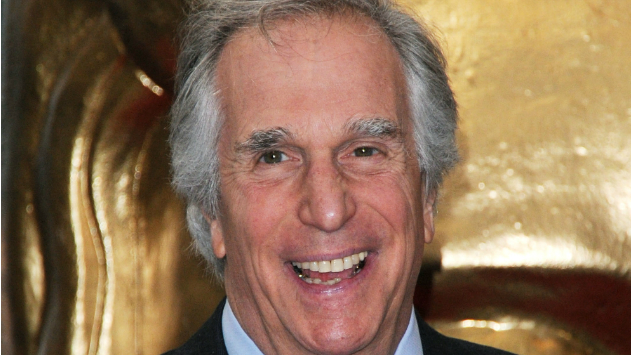 Henry Winkler, the original Arthur Fonzerelli “Fonzie”  from the TV show,  has been spending a lot of time these days in England, preparing himself  to serve as creative consultant for the stage version of the television series which propelled him to international stardom in the Seventies and Eighties, “Happy Days.”

Another American in London for the duration will be Amy Anzel, who is not only signed up to produce the show, but has reportedly invested £30, 000 of her own money as part  of a plan to set apart “Happy Days – A New Musical “ as the first  crowdfunded major theatre production in the world.

Like Winkler, also taking a walk down memory will be  Garry Marshall, creator of the original TV show who has written the script for the musical, later going on to become a successful movie director, behind such box office successes as Beaches and Pretty Woman.

Paul Williams  will  writing both the music and lyrics  for  Happy Days – A New Musical, Williams, an  Oscar, Grammy and Golden Globe winner is particularly well  known for writing a number of hit songs for  The Carpenters amongst others. Directing and choreography will be under the wing of  by Olivier Award nominee Andrew Wright.

The key characters of the stage version of “Happy Days”  ironically will all be English. Playing the part of 21st century Fonzie will be Ben Freeman who is best known in the UK as a regular  in a local soap opera,  Emmerdale Farm, while former member of the all girl band, the Sugababes, Heidi Range will play Pinky Tuscadero, Fonzie’s perennial girlfriend.

Cheryl Baker, a member of Eurovision song contest winners,  Bucks Fizz will take the role of  Mrs. Cunningham, mother of Fonzie’s best buddy, Richie played by Ron Howard on the television version of  Happy Days, who also went on to great success as a Hollywood director.

The  UK Premiere for Happy Days – A New Musical  is scheduled for  the Churchill Theatre, in  Bromley, Kent on Tuesday the 14th  January 2014 after which the show will set off on  a 24-week National Tour covering twenty cities with the hope of ending its UK run in one of London’s West End theaters.

The show’s producers, Amy Anzel and  Todd Ruppert  are hoping to raise £250, 000 ($375.000) to fund the production and have called upon the UK based  Seedrs crowd-funding platform to raise the funding. Investors can come in with sums as low as  £10  ($15) to help to stage the show, receiving in return, a 25% share of profits earned, as well as  “ first refusal”  to invest in production if it makes it to the West End, normally a privilege reserved for the wealthy and well connected.

A spokesperson for  Seedrs emphasized the company’s delight at being involved in :  this hugely exciting  project, through  raising finance on our platform.  “With the Happy Days musical, we’re allowing ordinary investors to back – and potentially receive returns from – an exciting new show.” The Seedrs spokesperson summed up.

Henry Winkler graduated with a his bachelor’s degree from Emerson College in 1967, going on to gain   his Master of Fine Arts Degree  from the Yale School of Drama in 1970.

Winkler began his  acting career in television commercials, later  appearing in  such TV standards of the times as The Mary Tyler Moore Show and The Bob Newhart Show. In October 1973, Winkler won the role of Arthur Herbert Fonzarelli,  better known as “The Fonz” or “Fonzie”, in Happy Days, which first aired in January 1974 and ran till 1984.

During his decade on Happy Days, Winkler took some time out to appear in a  a number of movies, including The Lords of Flatbush,  Heroes,  The One and Only, An American Christmas Carol and finally  in Night Shift, directed by his friend and Happy Days co-star Ron Howard.

After his  Happy Days, Winkler focused his talents on producing  and directing, through his Winkler-Rich Production Company, producing  a television series, game shows as well as a number of movies.