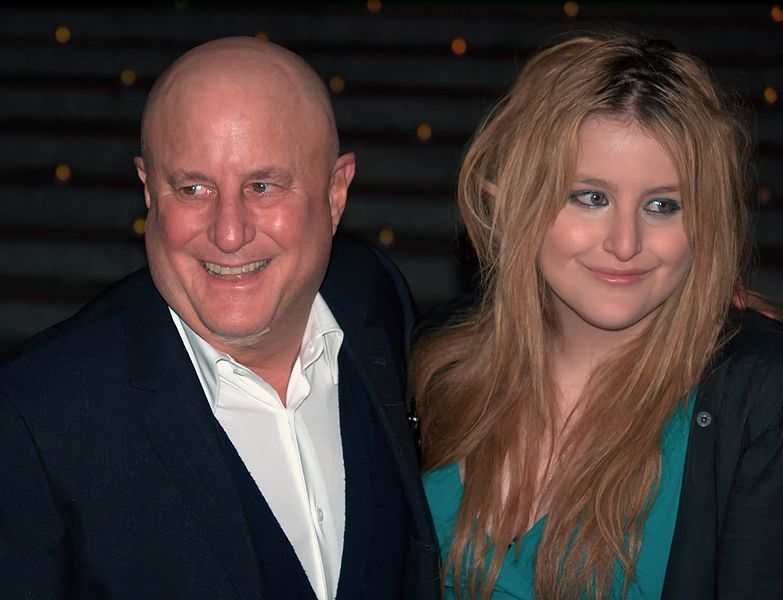 First a Judge in a New Jersey Superior Court, Judge Estella De La Cruz, ruled that Ronald Perelman’s daughter Samantha no longer has to prove undue influence in a case she and her father are bringing against her Uncle James Cohen for getting her grandfather Robert Cohen to change his will before he died last year.

Whilst this is only a procedural ruling in what has been a long and protracted case, which so far has gone mainly against the Perelmans, it is nevertheless an important one.

The judge said that during a bench trial over the last three months, Perelman’s legal team had proved that a “confidential relationship” existed between her uncle and grandfather, Robert Cohen, the founder of Hudson News Service.

The Judge also said “The evidence of suspicious circumstances … (are) at the least very slight”. However, she added, Perelman’s team presented enough evidence for “a presumption of undue influence and the burden … is shifted to James Cohen to rebut.”

The legal conflict began in a way even long before Robert Cohen died, too, as in America trust arrangements for the next generation have to be made by the wealthy well in advance in order to avoid what can otherwise be very severe inheritance taxes on death.

Samantha’s mother Claudia was the daughter of Robert Cohen who built up the Hudson News Group, a retail and wholesale news and magazine distribution group that today includes retail sales outlets in all major airports nationwide.

After Claudia’s death, and even though he was by then divorced from her for several years already, Perelman was her executor. As such he sued first Robert Cohen himself, while he was still alive, for reducing Samantha’s inheritance. And since his death he is suing Claudia’s brother James who it seems got the lion’s share of the estate, partly at his niece’s expense, including much of the family’s stake in the news distribution business. Indeed when the retail portion was sold, US$600 million of the proceeds went directly to James.

That is certainly plenty to fight about, and Ronald Perelman certainly has been a frequent litigant in all areas of his own world, including even at one time suing his own father Raymond, and his younger brother Jeffrey as well, for fraud and breach of contract.

So for Perelman to go after the other side of his daughter’s family is entirely in character, though of course he is in formal terms only acting on behalf of his daughter Samantha who has publicly supported his positions. The case still has a long way to go however, and James Cohen’s side of the story has yet to be fully heard. A spokeswoman for Cohen issued a statement that said “the burden of proving a confidential relationship is extremely low and this procedural ruling in no way affects our confidence that we will once again demonstrate that Robert Cohen always intended for his son James to inherit the business he helped build.”

Turning to more wholesome matters, in complete contrast to his fierce reputation as a corporate raider, one which has propelled him to a US$14 billion fortune, it turns out Ronald Perelman also has a very soft heart for those in need and is very ready to open his purse strings to help when help is really needed.

The emergency ward of the NYU Langone hospital on the East side of lower New York was devastated by Hurricane Sandy and has still not yet reopened. Instead it has been sending many of its emergency patients uptown to the Presbyterian Hospital. Now in response Ronald Perelman has just pledged $50 million, as a gift to finish the construction of an expanded NYU Langone emergency department. It will be called the Ronald O. Perelman Center for Emergency Services.

The 22, 000-square-foot complex, at 570 First Avenue and 33rd Street, will triple the size of the old unit and include a separate area for children’s emergency services. The new department will also include more than a dozen new treatment rooms, expanded X-ray space and larger critical care units.

“We are delighted that The Ronald O. Perelman Center for Emergency Services will soon transform the way emergency care is delivered in the community, hard-hit after Superstorm Sandy caused our emergency department to close, ” said Robert Grossman MD, Dean and CEO of NYU Langone Medical Center. “Mr. Perelman’s generous gift will allow us to provide the community with access to advanced adult and pediatric emergency services, and is central to our ability to run a 21st century academic medical center.”

“I am very proud of my long association with NYU Langone Medical Center, ” said Ronald O. Perelman. “The need for a state-of-the-art emergency center is of paramount importance to the people of the City of New York and I look forward to this facility playing a crucial role in emergency patient care.”

Only seven months ago he pledged US$100 million for new facilities at the Columbia Business School as well, and the list of his philanthropy is extensive. he also is a major sponsor of Chabad and supports a number of their programmes.

Well in business and with some of his own family, both near and far as we have seen, Perelman may be ferociously litigious, and deep down maybe even enjoys it. But with this gift of a much needed emergency room as only the most recent example of his major philanthropic efforts he remains a “mensch” in most people’s book I should think – except perhaps that of James Cohen and of others who may have either lost or prevailed against him in a lawsuit, but either way probably wished it had gone away sooner.

In this article:retail, Perelman, Finance