Rudd, one of Hollywood’s busiest supporting actors has signed up to take the lead in Marvel Studios’ The Ant Man 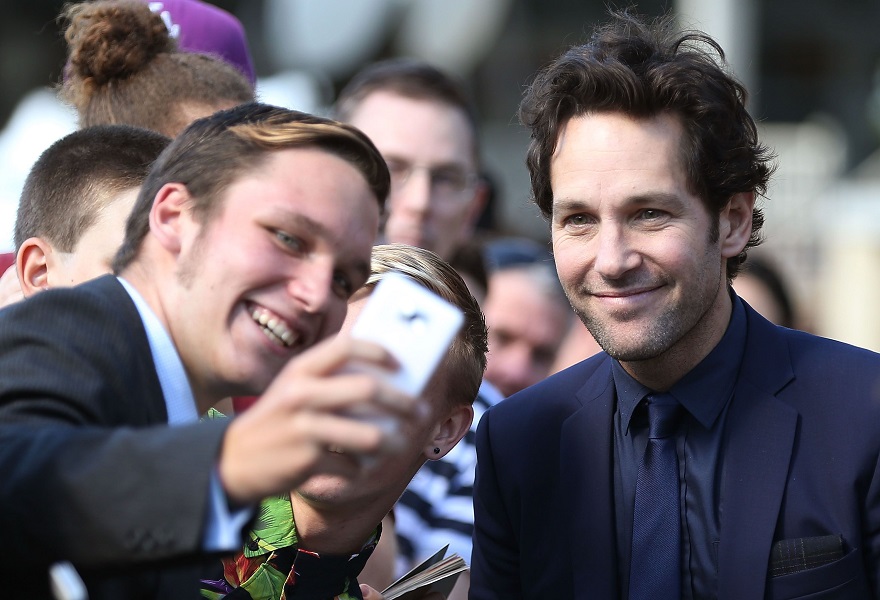 Paul Rudd interacts with fans at the ‘Anchorman 2: The Legend Continues’ Australian premiere on November, 2013 in Sydney, Australia/ Getty

Paul Rudd, who has appeared  in a total of 53 movies in a film career spanning close to twenty years, has finally been handed a leading role.

Rudd has been cast as Dr.  Henry “Hank “ Pym , a scientist who has developed a special chemical substance  that when he takes it changes him to the size of an ant, that will help him win the  fight against crime.

The Ant Man is based on the character developed by Marvel comics. Apparently Rudd has been pencilled in for the role since October of this year, and was director/screen writer Edgar Wright’s favorite for the role.

A spokesperson for Marvel studios stated that When Edgar Wright came to us with his endorsement of Paul Rudd for the leading role in Ant Man, we felt a huge sense of relief at the studio, because we are very well aware that the  first  and often the most important  step in creating any Marvel Studios film is finding the right star.

According to Edgar Wright,  Rudd has been always his first choice for Ant-Man with  his casting reflecting his and the studio’s desire to cast actors that bring several dimensions to its onscreen heroes.

It’s not a remote possibility for Paul Rudd to eventually land in other big movie projects featuring the Marvel characters.

Of all the 53 films that he has appeared in to date, Paul Rudd is known for his roles in the films Clueless, Anchorman: The Legend of Ron Burgundy, The 40-Year-Old Virgin, Knocked Up, The Perks of Being a Wallflower,  This Is 40, Wanderlust, and the soon to be released Anchorman 2: The Legend Continues.

In television, Paul’s  most prominent part was  on Friends, where he played playing Mike Hannigan, Phoebe Buffay ( Lisa Kudrow)’s boyfriend and later husband on the long running NBC sitcom.

Paul Rudd was born in the United States to  English parents, retracing his roots when he returned to the UK to study Jacobean drama at the British American Drama Academy based in Oxford, England.

After returning to the United States, Rudd made his television  debut in 1992 in  television drama Sisters, making his film debut in the comedy movie alongside  Alicia Silverstone. Paul was nominated for an Outstanding Performance by a Cast in a Motion Picture award  by the Screen Actors Guild (SAG) for his role in the 1999 film The Cider House Rules.