Under the terms of the agreement affiliates of Sycamore will acquire The Jones Group for US$15.00 per share in cash, for a total of approximately US$1.2 billion.

Including existing net debt of The Jones Group the whole transaction is valued at approximately US$2.2 billion, and is subject to approval by a majority of the shareholders of the company.

The terms of the acquisition have already been approved unanimously by The Jones Group’s Board of Directors. The deal itself will be structured as a one-step merger, with The Jones Group as the surviving corporation. A special meeting of shareholders will be held to approve the deal, which is currently expected to close in the second quarter of 2014

Upon completion of the transaction, The Jones Group will become a privately held company and de-list from the New York Stock Exchange.

The price for the purchase represents an approximately 19% premium to the Jones Group volume weighted average price in the 30 day period prior to April 11th, 2013. That represents the point in time when media speculation commenced in earnest about possible plans to sell the company, or part, or all of its portfolio of brands.

Since then the shares have fluctuated, at times trading as high as US$17.78 per share on speculation of a deal, and within the last month have traded at or around US$14 per share as the year seemed to drag on without one.

Sidney Kimmel, who founded the company and currently is non-executive Chairman of the Board of Directors, said: “We are pleased to have reached this agreement, which we believe is a positive development for all of our stakeholders. This business, which I founded nearly 45 years ago, has expanded into a global portfolio of powerful brands. I am proud of our heritage and believe The Jones Group’s brands will thrive through our partnership with Sycamore.”

Wesley R. Card, who is CEO of The Jones Group, said: “This transaction is a result of diligent analysis and thoughtful strategic deliberations over many months with the assistance of our advisors. This all-cash transaction delivers immediate and compelling value to our shareholders. Sycamore Partners is an experienced investor in the retail sector, and, as a private company, Jones will have the flexibility to help our brands reach their true potential. We look forward to continuing to deliver exceptional products that resonate with our customers.”

Stefan Kaluzny, Managing Director of Sycamore Partners, said: “We are honored that the Board of The Jones Group has entrusted Sycamore Partners as the steward of this portfolio of iconic brands. We look forward to a successful partnership with the Company’s talented associates as we continue to serve The Jones Group’s many loyal customers.”

The Jones Group is a leading global designer, marketer and wholesaler of over 35 mid-market brands with product expertise in apparel, footwear, jeans-wear, jewelry and handbags.

Jones Group also markets directly to consumers through its 185 branded specialty retail shops, its over 400 outlet stores, through concessions at upscale department stores and through its e-commerce sites.

Sydney Kimmel founded the Jones Apparel Division of then retail chain W.R. Grace in 1970. In 1975 he bought the company himself from W.R. Grace and established it as the Jones apparel group.

In 1991 he took the company public as The Jones Group in an IPO, and by 1995 it hit US$1 billion in annual sales for the first time. Over the years the company made many acquisitions of companies, of brands and made premium licensing arrangements – particularly with Ralph Lauren and Givenchy. In 2004 Jones Group also bought Barneys in New York for US$400 million and later sold it again, with excellent timing, in 2007 for US$942 million.

Today Jones Group has annual revenues of close to US$4 billion; however, but with mixed profitability results in recent times. This then led to activist investor interest and the current path towards a privatization. 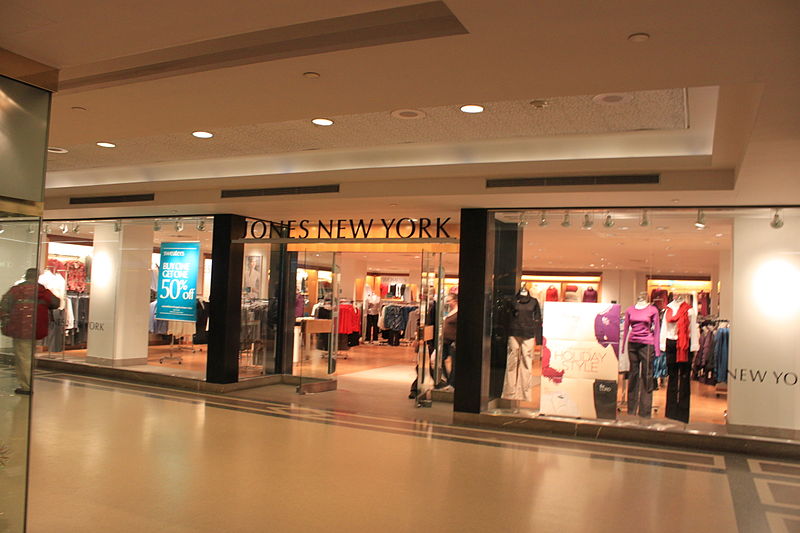 Sycamore Partners is a private equity firm based in New York. Sycamore raised its first fund in 2011 with more than US$1 billion in commitments from leading foundations, endowments, family offices, pension and sovereign wealth investors. Sycamore specializes in consumer- and retail-related investments, and its strategy is to partner with established management teams to improve the operating performance of their businesses. The firm’s investment portfolio currently includes Hot Topic, The Talbots, MGF Sourcing; and Pathlight Capital.

Sydney Kimmel, who today is 85 years of age, was born in Philadelphia in 1928. His father was a cab driver. He graduated from Temple University and today lives in California with his wife Caroline Davis.

After founding and running Jones Group for many years and building up the company, in 2002 Sydney Kimmel gave up the role of CEO and sold most of his shares. He continued as Executive Chairman until 2011, when he kicked himself upstairs to become non-executive Chairman of the Board.

According to the Forbes billionaires list he has a personal net worth of US$1.2 billion at September 2013.

Today he still owns just over 1 million shares in The Jones Group, so will pick up another US$15 million when this deal is completed.

He has devoted considerable attention to philanthropy, creating the Sidney Kimmel Foundation in 1993. Since then the foundation has committed more than US$550 million to various philanthropic causes. The Sidney Kimmel Comprehensive Cancer Center at Johns Hopkins is named in honor of his gifts.