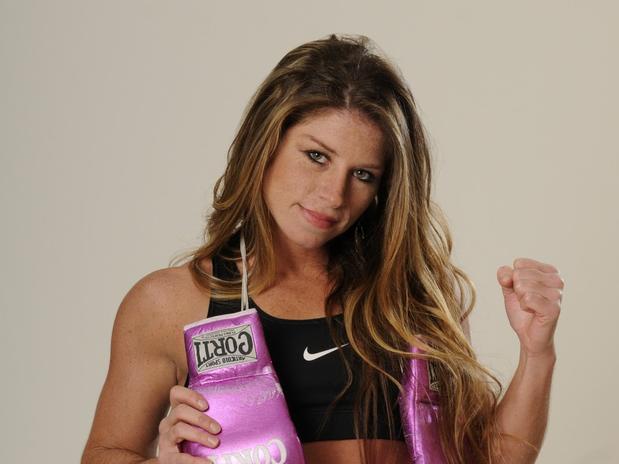 Carolina Duer of Argentina, the first  Jewish female World Champion boxer in history,  has shown her versatility by going up a weight category  and still winning.

Duer, the current World Boxing Organization champion in the  super flyweight class, weighing in at between 112 to 115  pounds went up a few pounds to  bantamweight bout for her first fight against  Estrella Valverde of Mexico in her home city of Buenos Aires  at the weekend.

However these extra pounds (115- to 118-pounds) made little difference to Ms. Duer’s boxing ability as she scored a unanimous points victory over Valverde in the bout, fought over ten rounds.

Carolina Duer, whose parents emigrated to Argentina from Syria, took up boxing in her teens,   showing tremendous promise form an early age. Carolina showed that she had what it takes, winning 19 of her 20 amateur bouts, before turning professional in 2007.

Carolina  won the World title  in the  super flyweight class in 2010  defeating Lorena Pedazza of Italy and has since gone on to defend her crown six times.

It now looks like the first Jewish woman to hold a WBO crown, and a veteran at 35 is looking for a fresh challenge and is prepared to put on a little weight to do so.