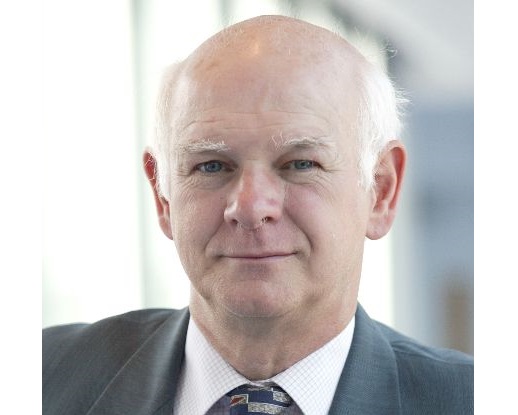 A French business magazine recently ranked IMF Managing Director Christine Lagarde the most internationally influential French person alive – well ahead of President François Hollande. While politics may have influenced that particular decision, there is no doubt that Lagarde is at least the most prominent French woman alive.

Lagarde’s competition in this category is not particularly stiff. Valérie Trierweiler, Hollande’s partner, came to prominence with an ill-judged political tweet about her predecessor, but has since retreated behind the Élysée Palace’s firewalls. And Brigitte Bardot is not quite the force of nature she once was.

But this may be about to change. The European Parliament has just confirmed the appointment of the Bank of France’s Danièle Nouy as the first head of the European Central Bank’s new supervisory board.

The announcement comes less than a month before the ECB takes over direct supervision of some 130 banks, representing more than 80% of eurozone bank assets, leaving only smaller national banks under the jurisdiction of local supervisory agencies. Nouy (with whom I have worked) is a knowledgeable and capable supervisor, equipped with a formidable combination of determination and charm. She will need all of these attributes and more to make Europe’s new banking system function efficiently.

The ECB was chosen as the Single Supervisory Mechanism, despite the wafer-thin legal basis (an ambiguous clause in the Lisbon Treaty) for its new responsibilities. When the Lisbon Treaty was signed, Germany was wholly hostile to giving the ECB such a role. But no one wanted to contemplate the monumental task of framing a new treaty to establish an institution with the needed authority. That process would have included popular referenda – and thus the risk that the vote might not go the Eurocrats’ way.

Despite enduring legal doubts about the ECB’s powers, the need for a central supervisor is widely agreed. The credibility of Europe’s national supervisory agencies has been irreparably damaged in recent years, owing to financial stress tests that gave clean bills of health to institutions – Laiki Bank of Cyprus and Bankia of Spain, among others – whose balance sheets were later found to have enormous holes.

If the ECB is the eurozone’s lender of last resort, Europe’s leaders agreed, it must have direct knowledge of its potential clients’ balance sheets. It might also be expected to take a more objective view of the institutions that it supervises – one that is insulated from the influence of national politics.

So far, so good. But the ECB needs support to do its job. At the recent European Banking Conference in Frankfurt, there was near-unanimous agreement that a functioning banking union requires a central resolution authority (to deal with failing financial institutions) and a mutually guaranteed deposit-protection fund (to boost confidence in weaker banks in the eurozone’s troubled economies).

But there was also near-unanimous agreement that Europe’s banking union would not meet either of these needs – at least not at the outset. The logical French are pushing the parsimonious Germans hard, and a compromise may be reached, but it remains an uphill battle.

Making matters worse, the ECB’s decision-making mechanisms are poorly suited to the role of banking supervisor. It has been agreed that each bank will have an ECB-led supervisory team – responsible for making recommendations on issues like capital requirements, risk weighting of particular assets, and the fitness and propriety of directors and senior managers. A new supervisory board, including ECB officials and each eurozone member country’s head of banking supervision, will be established to receive these recommendations.

But everything will have to be put to the ECB Governing Council for non-objection or approval. And the Governing Council is not accustomed to making quick decisions on unanticipated issues. Its main responsibility, after all, is to set monetary policy, which involves a small number of very important decisions, usually made on a pre-set timetable. Indeed, given that monetary policy works by influencing market expectations, maximizing such decisions predictability – at least in terms of timing and guiding principles – enhances their effectiveness.

Supervision is a far messier business, demanding decisions at unexpected times. Moreover, decisions interact with each other, and often require amendment and clarification. Waiting for a stately decision-making process to unfold each month could cost money and harm depositors’ interests.

To borrow the philosopher Isaiah Berlin’s famous taxonomy, a supervisor is like a fox; it knows many small things, is flexible, and constantly adapts its survival strategy. A successful central bank is more like a hedgehog; it knows one big thing – that it must remain focused on low inflation. Slow and predictable decision-making is a virtue for such a creature, but it is maladapted for the fast-moving and complex world of twenty-first-century banks.

So the real challenge facing Nouy in her new role at the ECB is to teach the hedgehog new, fox-like tricks. Ideally, she would be aided by a revised decision-making structure, with a new seat of authority able to support the supervisory teams with fast rulings. But the need to avoid treaty amendments rules this out.

One hopes that the new supervisory board can grow into its role – and that the ECB Governing Council will give it the space to do so. The future of Europe’s banking system depends on it.

In this article:Paris, Finance, Bank of England, Professor, Howard Davies