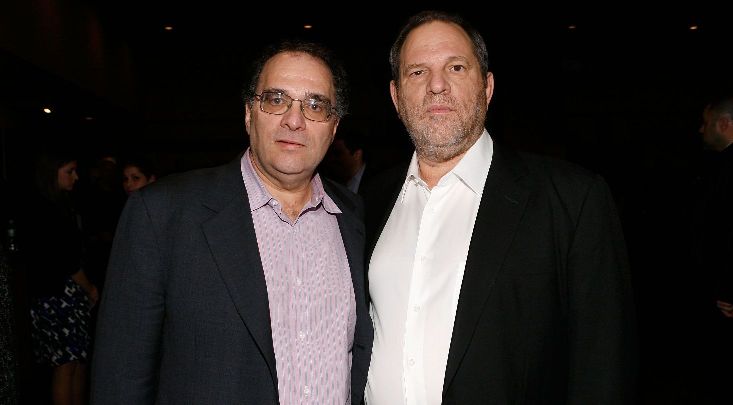 On Tuesday Miramax and The Weinstein Company announced the formation of a multi-year, multi-title film, television and live stage co-production and co-distribution agreement involving library-derived and original development projects covering some of the most iconic titles in the Miramax library.

With a library of 750 films in its catalogue and a development pipeline of 250 Weinstein developed concepts Miramax is a legendary film production company that contains rich veins of gold for movie makers.

The new joint venture represents an unusual full 360 degree circle for the Weinstein Brothers, Bob and Harvey, owners today of the Weinstein company – but who had originally founded Miramax itself as well. With this deal they now are returning very much to their roots therefore, from which they had earlier been rudely separated during a period of great acrimony with their original partners the Walt Disney Company.

The background of how this all has come about is as follows.

In the beginning they started Miramax

Miramax was founded in 1979, by brothers Bob and Harvey Weinstein. They had earlier worked together to build a large business, after they grew up, promoting major rock concerts.

Then over the next 15 years they built an independent movie business of generally low budget but highly regarded “art” and “genre” films, as well as horror movies under the separate name Dimension Films, run by brother Bob, and became movie making legends in the process winning countless numbers of awards.

In 1993 they sold the business to the Walt Disney Company for US$80 million, yet continued as co-heads of the company working for Disney, subsequently producing dozens of successful movies. Then in 2005 they left Miramax at the end of the term of their initial contract. They left after a bitter dispute with Disney the previous year over their involvement in producing Michael Moore’s documentary film Fahrenheit 451.

Fahrenheit 9/11 was a politically sensitive documentary highly critical of the Bush administration, released in 2004 during an upcoming general election period. After Disney insisted on cancelling distribution of the film the Weinstein brothers took ownership of the project themselves and it went on to gross US$225 million worldwide. This was then, and likely still is, the highest ever grossing documentary in history. The movie also won the Palme d’Or at the Cannes Film Festival in 2004, and also received a standing ovation for a full 20 minutes when it was screened there. 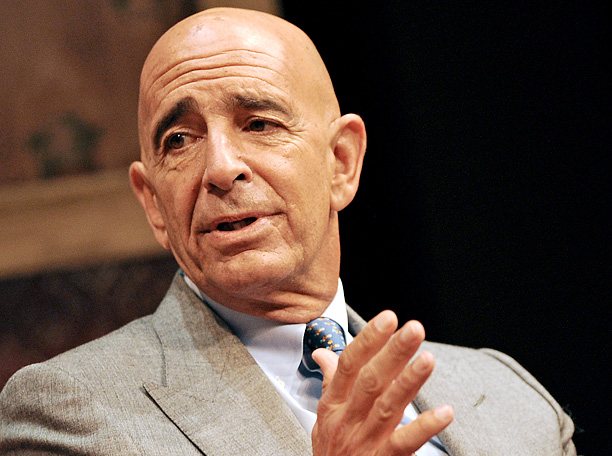 Then they started The Weinstein Company

With the damage done to their relationship with Disney however, the Weinsteins set up their own shop in 2005, forming the Weinstein Company, and continued to make successful independent films, including 2010’s Oscar winning best picture “The King’s Speech” starring Colin Firth and Geoffrey Rush.

Disney later sold Miramax in 2010 for US$663 million to a private equity group led by Colony Capital of California, headed by Thomas Barrick, together with an investment group including Middle East investment fund Qatar Holding, part of the Qatar Investment Authority which is Qatar’s Sovereign Wealth Fund.

By the time of the sale to Colony Capital and Qatar Holding Miramax had become mainly a licensing operation for its massive library of films, an had not remained a continuing force in film production outside of its own parent Disney after the Weinsteins had departed.

The Miramax backlist includes dozens of award winners and commercial hits like “Pulp Fiction, ” “Chicago” and “Scream.” Indeed this was the principal attraction for the purchasers, too, for whom, much as with income property in the real estate business in which Colony Capital normally specializes, a copyrighted library of good movies, carefully managed, is essentially a licence for a continuing steady income from assets that do not depreciate.

Fast forward to today however, and the marketing image of Miramax had become a little stale even with the strength of its back catalogue. At the same time the growth of digital distribution via the internet has boosted the demand for video content, particularly outside of the major cable companies who have backward integrated to some extent into their own captive production houses.

Hence the new deal this week to reinvigorate Miramax’s film production again, now in the hands of the Weinstein brothers themselves once more. Who else could take the Miramax catalogue and bring it back to life better than they after all?

Now Miramax comes back to them

That is the meaning of the new relationship which, initially at least, does not involve any cross ownership, or merger arrangements, between the two respective companies. Thomas Barrick Chairman of Colony Capital was careful to step around that issue after the announcement, saying it would be something to consider only further down the road.

The unstated implication is that the Weinstein Company likely has a good deal of financial leverage currently, whereas the current Miramax balance sheet has been financed much more conservatively. This would make the task of putting the two companies together more directly far from a simple undertaking.

Original movies created under this new 20 year partnership between the Weinstein Company and Miramax, will be released in the United States by the Weinsteins and sold in the international marketplace by Miramax. We are told the new product pipeline could well include derivative works of some of the most recognized titles in the Miramax library, from Swingers to Shakespeare in Love, in addition to new titles currently in development. The first productions may now start in early 2014.

As part of the announcement buzz the Weinstein brothers, whose films have won more than 70 Oscars over their time with Miramax and the Weinstein Company said,

“This is an amazing opportunity to reunite us with the company named after our parents Miriam and Max. We salute Qatar Holding and Tom Barrack of Colony Capital for joining forces in this most exciting of endeavors. From movies to TV shows to the Broadway stage they have reinvigorated Miramax productions and to have the Miramax banner fly once again is a dream come true for all of us, ”

For its part Qatar Holding seemed very pleased with the announcement too saying,

“Qatar Holding fully supports this exciting development for Miramax, as part of a long-term strategy to further enhance the value in the company’s extensive catalogue of material. By securing an agreement between Miramax and The Weinstein Company, the deal brings together two of the best-known names in the film industry to provide a dynamic partnership which will take Miramax to the next stage in its journey.”

So what is the new game plan?

The Weinsteins and Thomas Barrack did not say how much money Colony Capital and its partners including Qatar Holding is going to invest in new productions within the joint venture. However Thomas Barrack did indicate that Miramax might increase production initially to three or four new films a year, and as well new television productions might cover as many as five shows annually.

New television series could include shows based on Miramax titles such as Good Will Hunting and Flirting with Disaster, with Miramax to again lead international distribution and team with the Weinsteins on distribution domestically.

For the Miramax Chairman, and head of Colony Capital it was an important deal no doubt, with Thomas Barrick putting it afterwards,

“As some of the greatest independent filmmakers in history, Harvey and Bob built Miramax into one of the most recognizable and powerful brands in Hollywood. The iconic library they created has enabled us to capture the value of the digital distribution revolution and harvest revenue far greater than we ever imagined”. 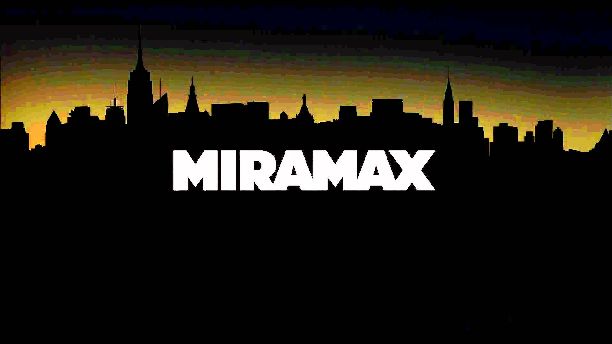 Guess who has the last word

Finally to one very important person who has to have, and indeed did have, the last word at the announcements. Miriam Weinstein, who is Harvey and Bob’s mother, said,

“Over the years Bob and Harvey have never let me talk although I would have done better than them, after all I am a Jewish mother. I want to thank Tom Barrack, Colony Capital, and Qatar Holding for bringing Miramax actively back into my life and making a dream come true. No one would be happier than Harvey and Bob’s late father, Max. This is truly a lucky partnership for all involved, for filmmakers and hopefully lucky for filmgoers all over the world.”

Well said indeed. The Weinsteins are Jewish, Thomas Barrick is a member of the Catholic Church and Qatar Holding represents one of the world’s most prominent and influential Muslim Gulf States. If such groups can indeed all work well together in harmony in such a high profile, and high pressure, cultural arena as the movie business, then there is undoubtedly hope for progress and peace in broader fields as well.

About the Weinstein Brothers

The Weinstein brothers were born in Flushing New York, the children of Max Weinstein, a diamond cutter and their mother Miriam (née Postal). Harvey was born in 1952 and his younger brother Bob in 1954.

After going to college the two brothers became independent producers of rock concerts, as Harvey and Cork Productions, in Buffalo New York before founding Miramax in 1979 to enter the movie business, using both their parents’ first names to create the name of the new company.

For the Weinsteins family has always been the important thing, even if in their own personal lives they have not always escaped from strife, including quite possibly of their own making at certain times.

Bob Weinstein has also been married twice; he has two daughters from his first marriage and two children with his second wife Anne Clancy whom he married in 2000. They were divorced in 2012 after she made allegations of excessively aggressive behaviour by her husband.