Garfunkel has  been told by his doctors that the vocal-cord paresis that he has suffered from is now behind him clearing the way for an American to do to begin in January. 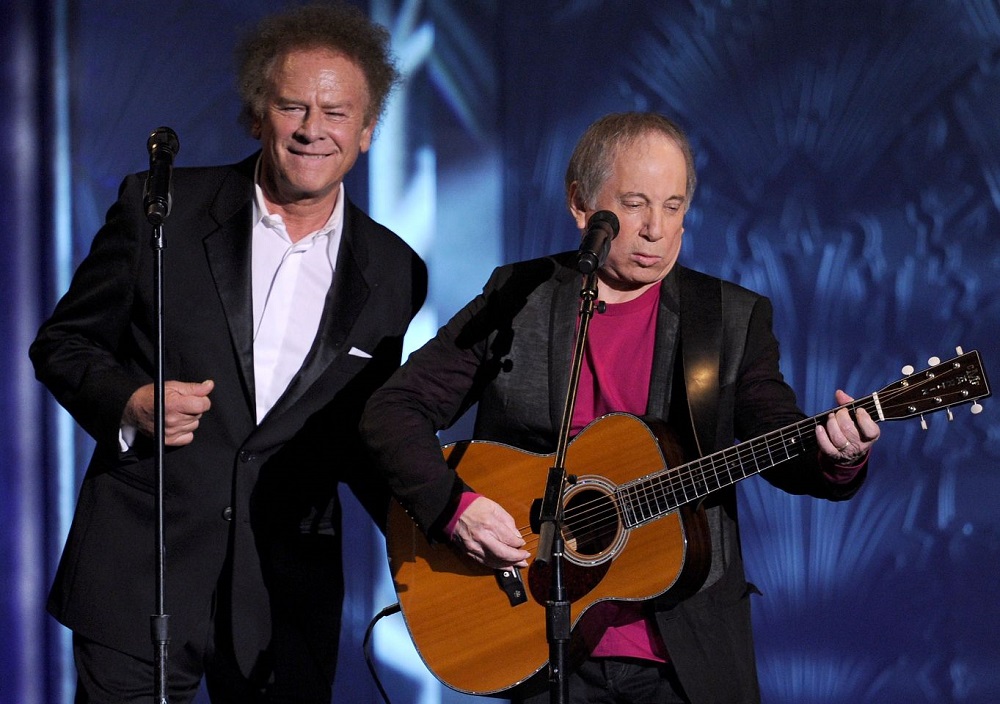 It looked for a long time that Art Garfunkel’s long and successful singing scan career may be over, when he was discovered to be suffering from  a condition known as vocal-cord paresis. Fears were that Art’s unique and distinctive singing voice would never be heard again, at least not in live performances.

Vocal cord paresis describes a condition where the sufferer experiences a partial loss of voice, caused by impaired movement of the vocal cords, which brings about a combination of hoarseness and lack of volume under the least serious of conditions, and can go as far as causing pain when speaking, acute shortness of breath, and the inability to swallow solid foods.

Garfunkel’s vocal problems first came to light when he was forced to cancel a series of concerts due to be held with his long-term singing partner Paul Simon in the spring of 2010.

Initially, before the seriousness of Art Garfunkel’s condition was properly diagnosed, the concert dates were temporarily suspended. However within a few months the realization began to sink in to their loyal fans that the eagerly awaited return of the duo  in concert would not be happening any time in the foreseeable future.

Art did attempt to make a comeback in a series of solo concerts organized in the autumn of 2012 in Scandinavia. However,  at the last moment, all of the concert dates were canceled due to reported strains on Garfunkel’s vocal cords.

The following year, to everyone’s delight, Garfunkel did manage to make a few singing appearances, which he managed to pace very nicely, with his voice returning to its former resonance and tone.

Now it appears that for 2014, Art Garfunkel is ready to test his voice to the full by organizing a fairly intensive concert circuit beginning at the end of January in Tennessee, running through Georgia and culminating in Florida by the end of February.

Despite the fact that Garfunkel has been around the music scene for more than 50 years, there is still tremendous excitement at the thought of the 72-year-old getting back onto the concert circuit.

There are rumors abounding that a comeback concert with his long-term partner Paul Simon is in the offing for some time in 2014, and that he also will be recording an album. However these only remain within the framework of rumors at this stage.

Art  Garfunkel was one of the most multi-talented figures of the music scene in the second half of the 20th century, displaying his talents both as a singer and as a film actor appearing in some of the greatest cult movies of the seventies  in particular “Catch-22”   and “Carnal Knowledge”. Art’s acting performance in the role of  Sandy in Carnal Knowledge earned him a Golden Globe nomination for Best Supporting Actor in 1972. As a solo singer, Art enjoyed considerable success, particularly in the seventies, after his first split with Simon,   scoring an international number one hit with the song “Bright Eyes” from the soundtrack of the animated movie “Watership Down.”

Yet , despite his tremendous versatility Garfunkel will always be best known for his musical collaboration with Paul Simon. The last time the duo  appeared together in the United States was in 2003 for their  “Old Friends” concert series,   which they rounded off  with an international tour during  2004 culminating in a massive open-air free concert in the magnificent setting of the Colosseum in Rome, that  reportedly drew a crowd of 600, 000.

During the first 50 years of his career, as part of the  often volatile partnership  with Simon, Art Garfunkel was the recipient of six Grammy awards.

The inimitable Simon and Garfunkel were inducted into the Rock and Roll Hall of Fame in 1990 and in 2003, the two were presented a Grammy Lifetime Achievement Award.