The ceremony, which  took place at Nasa’s Ames Research Centre in Mountain View, California was attended by the highest fliers in the world of entertainment and social media. 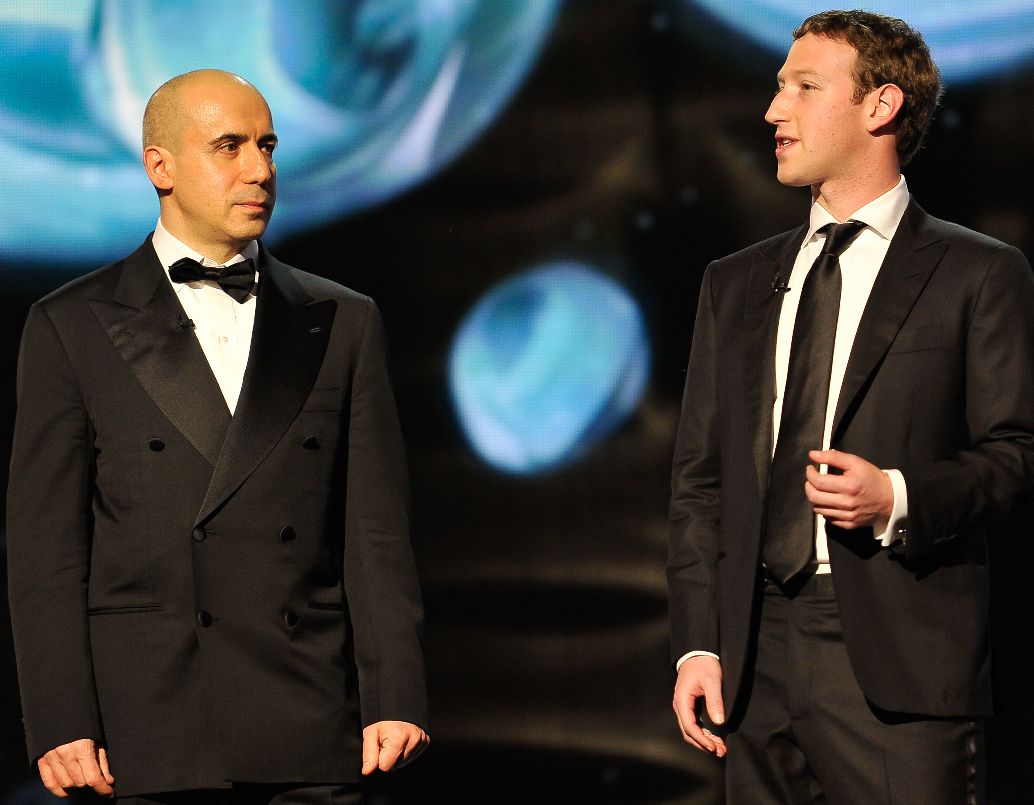 Described as the “Oscars of Science”, the second Breakthrough prize for Life Sciences awards  took on even more of an Oscar look than the  first event held in Switzerland earlier this year.

The Breakthrough prize for Life Sciences awards were  initiated by super venture technology investor  Yuri Milner, the man behind some of the original founding of Facebook, as well as being a major force behind  the foundation of such successful social media sites as Airbnb, Groupon, Twitter and Zynga.

In the short time that they have been going the Breakthrough prize for Life Sciences, has grown to become a major event in the World of Science, bigger, according to many, than the Nobel prize in this specific field, as well as offering more generous prizes.

This may well be because, in the past year, Milner has succeeded in convincing some of the most powerful people in the world of  social media to take a part in funding the awards, including  Sergey Brin of Google, Mark Zuckerberg of  Facebook and Jack Ma, founder  of the World’s largest direct marketing portal, Alibaba.

According to conservative estimates, the combined fortunes of this particular  “ big four”  has already amounted to over $52 billion and is still growing.

The 2014 Breakthrough Prizes were awarded to those regarded as having  made the most significant breakthroughs and contributions to the  advancement of fundamental knowledge in the world.

A total of eight prizes were awarded at the event, six in the  life science sector, as well as two in the Fundamental Physics sector, which was introduced for the first time at the event. Each of the six  winners of the  Breakthrough Prizes  for Life Sciences took home $3 million each, while the two winners of the Physics prize had to “ make do” with $1.5 million each, making for a total  prize fund of $21 million.

The prize winning  life scientists were Professor Robert Langer of the Massachusetts Institute of Technology,   James P. Allison of the University of Texas’s Anderson Cancer Center, Dr. Mahlon R. DeLong, professor of neurology at Emory University,  Michael N. Hall, a biochemist at the Biozentrum of the University of Basel,  Switzerland, Dr. Richard P. Lifton, from the Yale School of Medicine and Alexander Varshavsky, a cell biologist at the California Institute of Technology.

The award winning physicists were  Michael B. Green, the Lucasian professor of mathematics at Cambridge University and John H. Schwarz of Caltech.

All of the prize winners will also be handed the responsibility of being on the selection committee for next year’s nominees.

The awards ceremony was hosted  by Hollywood actor Kevin Spacey,  while the awards will be presented celebrities including Conan O’Brien, Glenn Close and  Rob Lowe among others.

According to Millner,  both the Breakthrough prize for Life Sciences and the  award Fundamental Physics, as well as the soon to be introduced the Breakthrough Prize in Mathematics have been introduced to even the balance in what, he and his partners in the initiative, the general public’s unhealthy focus on  popular figures from the world of sport and entertainment and sport, while fundamental science remains an increasingly less significant subject.

The news that the Science Channel has been named as the official broadcast partner of for the 2014 award event is reportedly  regarded by Millner as an important breakthrough.

With the event due to be shown on television some time  in early January  , that it will  make possible for the public to see celebrities from the world of entertainment and sport pay homage  to some  of the  world’s  most renowned scientists,   hopefully sparking of some kind of chemical reaction that will draw young people back into the world of science.