Tzameret Fuerst, co-founder of Israeli start-up Circ MedTech, behind the development of PrePex, claims  to be capable  of providing an effective medical device to do the job. 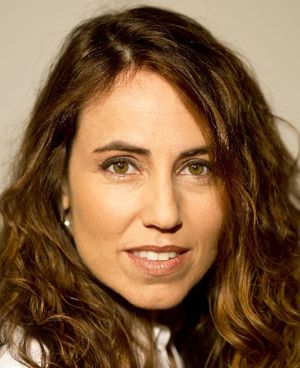 The ongoing problem of the AIDS epidemic, which these days are centralized mostly around the African continent, is one that is of  concern to millions.
While considerable strides have been made in finding a medical solution for at least curtailing the spread of AIDS, Tzameret Fuerst  and her co-founders at Circ MedTech have followed an initiative instituted by the World Health Organization two years ago.

An initiative that recommended that if circumcision of  males could be carried out inexpensively and effectively it would dramatically reduce the risk of being affected by the HIV/AIDS virus.

From that point onwards considerable research resources at Circ MedTech were extended to finding an inexpensive but highly effective device that would allow the male circumcision process to be carried out without the usual extensive loss of blood that typically occurs in such a situation.

The result of their research led to the development of PrePex, a simple medical device that allows male circumcision to be performed without a knife or a scalpel, or the need for any form of local anesthetic  or for a physician to be present during the procedure.

PrePex has now successfully completed clinical and comparative tests  as well as being  the recipient of full accreditation from the U.S. Food and Drug Administration.

With  the development and accreditation stages behind them, Circ MedTech have now established a marketing structure within Africa, selling the PrePex device at around $20 per unit.

According to Tzameret Fuerst the road is now open to help African governments reduce the number of AIDS sufferers throughout the continent, and  by numbers that run into the millions.

Ms. Fuerst who acts as CEO for Circ MedTech has stated that according to clinical studies conducted in Africa’s  particular AIDS hot spots of South Africa, Rwanda and Kenya have shown that circumcision is capable of reducing  the chances of a male being infected by AIDS can be as high as 60 percent.

According to statistics released by global bodies behind the project which include UNAIDS, the United Nations agency established to prevent the spread of AIDS; PEPFAR, the U.S. President’s Emergency Plan for AIDS Relief,  the Bill & Melinda Gates Foundation and the World Bank.

If successful, the project is liable to prevent 3.5 million people from becoming carriers of disease within the next 10 to 15 years.

The project has set aside around $1.5 billion to pay for the cost of circumcising 20 million African males  within the next two years , representing 80 percent of total male population  for the vast continent  The circumcision drive will be  particularly focused around those living in the 14 African countries that have been particularly ravished by the disease.

According to a representative of the World Health Organization, the project could result in savings of around $16 billion by the year 2025, through a gradual reduction of the  cost, upheaval, illness and eventual loss of life that the disease causes in  sub-Saharan Africa.

Fuerst’s  cofounders in Circ MedTech are Dr. Oren Fuerst  who also happens to be her husband,  Ido Kilemnick and Shaul Shohat.

While Tzameret Fuerst is reluctant to take any credit for the development side of the PrePex device herself, her  particular involvement in the company is focused around on public relations and sales, and is, at least for the time being, Circ MedTech’s sole marketing person not only in Africa but also for the rest of the world. 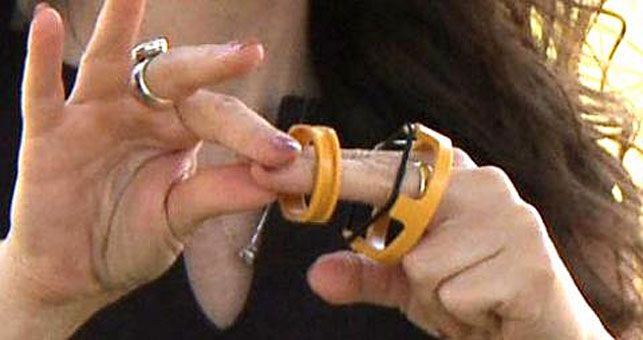 Till now Circ MedTech has succeeded in raising around $4 million in venture capital with their principal investor being the Acumen Fund,  established as a nonprofit global venture firm addressing poverty in South Asia and East Africa, who have so far invested $1.25 million in the company.

Acumen base their funding decisions around the growing venture segment of known as impact investing, where the value of an investment is not solely measured through levels of financial return but also in terms of  its  social and environmental impact.

Circ MedTech only other educational investor is BTG Pactual, a Brazilian investment bank, with the remains of the funding coming from  private investors.

According to Tzameret Fuerst, every  indication is that the PrePex device is liable to play an important part in this life saving project in Africa, meaning that  Circ MedTech will be on the lookout for additional funding for the future.