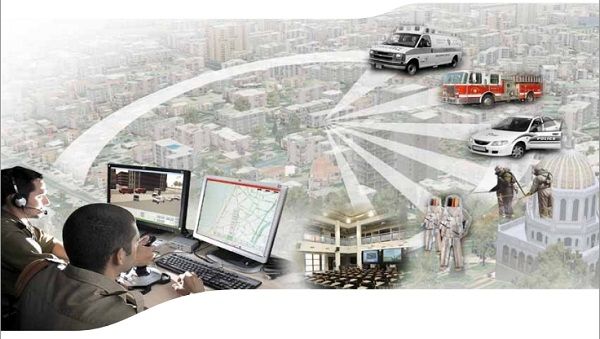 Elbit Systems of America (Elbit America), based in Fort Worth Texas, is a wholly owned subsidiary of Elbit Systems (Elbit), an Israeli based global supplier of defence and communications electronic equipment.

Elbit America has just been chosen by the United States Department of Homeland Security (DHS) to provide a secure broadband mobile solution for first responders to emergencies.

Elbit’s response to the invitation will come from capabilities which it has already developed in-house, in both of its military Land Systems and its Command, Control, Communications Computers and Intelligence (C4I) divisions.

The technology package will also incorporate the proven BlackBerry 10 secure workspace, which today is available for iOS and Android smartphone environments as well, and will demonstrate an advanced interoperable communication solution for many Federal agencies, as well as state and local public safety authorities nationwide.

The tragedy of the 9/11 disaster demonstrated very clearly that the different elements of those providing emergency services, whether fire, police or ambulance, found they were completely unable to communicate with each other right in the thick of the crisis, when they were under extreme pressure to provide support to many who were in desperate need of help in an extremely dangerous time critical situation.

Since then it has been a long-standing goal of the DHS, which was itself created in response to the attack, to provide a seamless method of communications between all those providing such emergency services, and one that is secure, so that the left arm can know much better what the right arm is doing on a real time basis.

With the recent commercial arrival of advanced high speed, long term evolution (LTE), broad band combined mobile telephony and data networks, first responders are focusing now on establishing a proprietary LTE network of their own. It is called FirstNet LTE Band 14, which all first responders will eventually be able to join.

The US Government has established the First Responder Network Authority to establish technical standards and bring the network into being. The Authority was created by Act of Congress as part of the job creation act of 2012, and is set up as an independent unit within the US Department of Commerce. The goal is to eventually provide coverage to 98% of the American population with an advanced and secure network for first responders.

Just a month and a half ago, on Octobetr 28th, 2013 the US Federal Communications Commission (FCC) finally laid down that FirstNet would operate within the highly desired 700 megaherz spectrum band for mobile communications. The new network may cost up to US$7 billion to put in place, with the funds coming from proceeds the US Government receives when it auctions other parts of the broadcast spectrum to commercial entities from time to time.

In principle those in other public safety related areas as well, such as those running trains, the power grid, hospitals and power stations, may hook up to the new network. When and if that should happen however seems to be something of a hot potato at the moment, as the new network authority seems to have its hands full just getting started.

DHS intends to use Elbit’s technology to test their new LTE broadband network initially, with various mission critical secure multimedia services for public safety users. Following the integration and proof of concept phase, DHS will proceed with field tests within selected homeland security components. If it actually all works, then conceivably they may buy a lot of it from Elbit afterwards.

Raanan Horowitz, who is the President and CEO of Elbit America, stated, “Recent events in the U.S., and the evolving FirstNet’s LTE network infrastructure with other broadband initiatives, for first responders and tactical forces globally, provide new opportunities for Elbit Systems’ secure mobile homeland security solutions.”

Elbit America, based in Fort Worth Texas, is a leading provider of high performance products and system solutions focusing on the commercial aviation, defense, homeland security, and medical instrumentation markets. With facilities throughout the United States, Elbit America states in its mission statement it is dedicated to supporting those who contribute daily to the safety and security of the United States.

Elbit is an international defense electronics company, based in Israel, which is supporting a wide range of defence programmes throughout the world. Listed on both the Tel Aviv and NASDQ stock exchanges Elbit had revenues of over US$3 billion in the trailing twelve month period, and has a current market capitalization of about US$2.5 billion.

Elbit also focuses on the upgrading of existing military platforms, developing new technologies for defense, homeland security and commercial aviation applications and providing a range of support services, including training and simulation systems.

In this article:Israel, Finance, Intelligence