Indianapolis based, US shopping centre developer, the Simon Property Group (“Simon Group”), is America’s largest shopping center company, with annual revenues of US$4.8 billion in 2012. It has a current market capitalization of over US$47 billion.

On Friday the company announced a plan to spin off all of its smaller American assets into a separate vehicle. These comprise neighbourhood outdoor “strip centres” and smaller enclosed malls, which will be placed into a newly formed, independent, publicly trade Real Estate Investment Trust (REIT) which is presently referred to simply as “SpinCo” in the company’s announcement, for obvious reasons. By “smaller” they just mean “not regional shopping centres” and some of them are quite large even so.

The new company’s mandate will be to own and develop stable, quality assets in these categories, and to effectively serve the communities where they are located.

Each of the small enclosed malls being transferred will have net operating income, or NOI in real estate jargon, of up to US$10 million annually. The combined total for the portfolio is expected to generate NOI of around US$400 million, or more, in its first year of independent operations. NOI is a useful non GAAP concept popular in real estate, one that is similar to EBITDA which is used in other businesses.

The new entity will on day one actually be a very large undertaking in its own right, with 54 strip centres and 44 smaller malls involved in the transaction. It will have 53 million total square feet of leasable space located in 23 different States. Occupancy of SpinCo’s strip centers and malls is currently very high at 94.2% and 90.4%, respectively, as of September 30, 2013, and substantial recent investments have been made in keeping the assets up to date.

The new company will have its own dedicated executive management team, who will be named in the first quarter of 23014, and a majority of its board will be independent outside directors. The company will have a conservatively capitalized balance sheet, will be well-positioned to deliver internal growth through active asset management, re-development, selective new developments and, as well, external growth through acquisitions.

David Simon’s uncle, Herbert “Herb” Simon, who is now 79, is the Chairman Emeritus of the Simon Group. David’s father was Melvin “Mel” Simon, who co-founded the business originally with his brother Herbert, and who died in 2009. 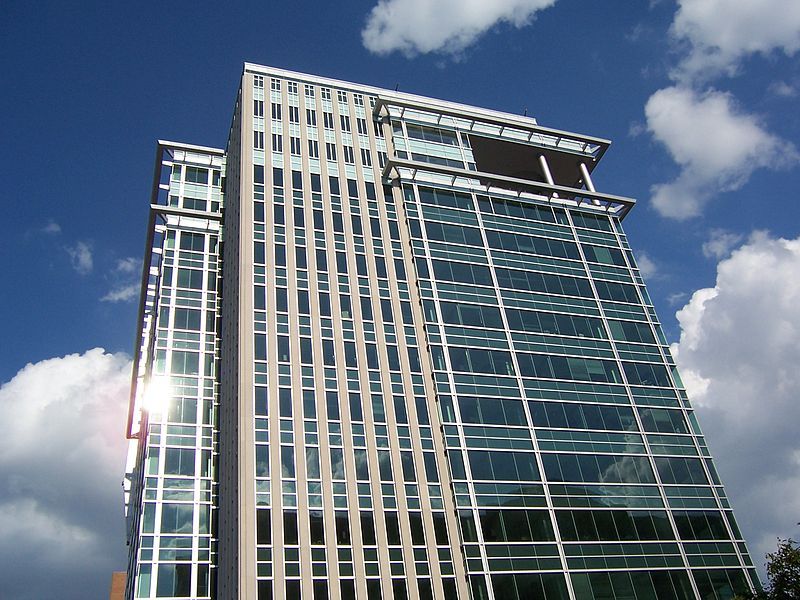 As part of the spin off arrangements, the new vehicle is putting in place US$1 billion of additional financing to be placed on its own balance sheet. This will then double the debt specific to the new company to US$2 billion, all financed on conservative principles. The new money raised will be used to refund existing credit lines from the Simon Group to the division, and then to pay down Simon Group’s own existing external debt by the same US$1 billion amount.

Commenting on the plan Simon Group Chairman and Chief Executive Officer David Simon said, “We expect to be able to do some nice and interesting things at SpinCo, ” …“This company will be successful.” Short and sweet, and he is probably quite right.

About the Simon Family

Herbert “Herb” Simon, who is 79, was born in Williamsburg, Brooklyn in 1934 and grew up in the Bronx, the son of Max and Mae Simon. His father was a tailor who had emigrated from Central Europe.

He was educated at the city College of New York as was his elder brother Melvin “Mel”. After acting as leasing agents for other people’s property when they grew up, they founded Melvin Simon Associates in 1959, two thirds owned by Mel and one third owned by Herb. The new company began to develop own real estate for their own account and eventually built up into the huge shopping centre business it is today.

In 1993 the two brothers took their company public in what was at the time the largest real estate IPO ever made, raising US$1 billion. They renamed the company at the time the Simon Property Group.

Herbert Simon to date has ten children by three wives, including three who are adopted. He owns the Indiana Pacers basketball team, the WNBA’s Indiana Fever and a stake in Reno Aces, a minor league baseball team.

His net worth is estimated by Forbes to be US$1.9 billion as at September 2013.

His brother Melvin had three children by his first wife Bess Meshulam, including his son David who is today Chairman and CEO of the company. David’s mother died of cancer in 1977 when he was still a teenager.

David Simon was born in 1961, grew up in Indianapolis and obtained his B.SC. degree from Indiana University in 1983. Two years later he graduated from Columbia University with his MBA at the Columbia business school.

After stints in the financial industry with First Boston and Wasserstein Perella, he joined the family business and led the process for their IPO in 1993. He then became CEO of the public company in 1995 and Chairman as well in 2007.

David is married to Jacqueline Freed and they have five children together.

The MSA trust is a trust that exists for the benefit of the families of Melvin and of Herbert Simon, and their heirs, in the same ratios of their original shareholdings when they founded Melvin Simon Associates. The trust still holds about 7% of the Simon Group. This holding alone is worth over US$3 billion today.

In this article:David Simon, Finance