Osher, through the offshoot of the Foundation that he founded,   the Osher Lifelong Learning Institute, recently announced that they will be presenting an additional $1 million to the Institute. 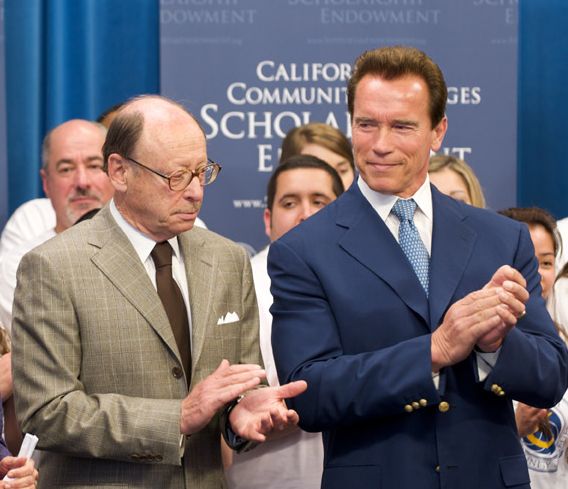 Bernard Osher, has presented  $1 million to  The University of Nevada  ‘Osher Lifelong Learning Institute (OLLI)’. The grant comes  in addition to three separate grants of $100, 000 from the Bernard Osher Foundation, which have enabled the organization to increase membership, improve outreach and develop course offerings.

According to a statement issued by the Bernard Osher Foundation, the endowment to OLLI has been awarded  in appreciation of the institute’s commitment for increasing  levels of programming excellence as well as  demonstrating potential for long-term success and sustainability.

OLLI’s 1, 400 members, all of them fifty years or older, can enjoy a  choice of 150 indoor and outdoor activities and classes, offering everything from art and literature to science and travel.

According to a spokesperson for Extended Studies at the University of Nevada, Reno, the  endowment is a testament to the hard work and enthusiasm of staff and volunteers who have kept this program on an upward trajectory, building it into one of the finest and largest in the country.”

“The Osher Foundation’s additional endowment award ensures the continuation, for years to come, of a level of social engagement for our senior adults in the region that integrates volunteerism and self-development.” Summed up the OLLI representative.

The University’s Osher Institute for older adult learners, launched in 1991, is guided by a volunteer board and sponsored by Extended Studies, is based off-campus at the University’s Warren Nelson Building in downtown Reno.

Bernard Osher was born and raised in  Biddeford, Maine. After completing his education at Bowdoin College, a private liberal arts college, he temporarily took over the running of the family hardware store , later going on to practice his profession at an investment bank Oppenheimer & Company in New York.

Osher left  Oppenheimer to move out west to California where he became a founding director of World Savings, which grew to become one of the largest savings banks in the United States, before merging the Wachovia Corporation.

As a person who both loved and understood art,  particularly paintings of the mid-19th to the mid-20th centuries, Osher acquired  Butterfield & Butterfield, a West Coast based auction house in 1970, which he also masterminded to become the fourth-largest auction house in the world, before selling the company to eBay in 1999.

The Bernard Osher Foundation, founded by Osher in 1977, is  a major supporter of higher education and the arts, with Osher earning a reputation for being  one of “The 50 Top American Givers”.

Since the founding of the Bernard Osher Foundation, nearly 80 percent of the money it has donated has gone to support educational programs, with a further  seventeen percent going toward supporting organizations in the arts.

Among causes being regularly supported  by the Bernard Osher Foundation  are a number  integrative medicine programs, as well as arts and educational programs in the Greater San Francisco Bay Area and the State of Maine.

In 2006, the Bernard Osher Foundation donated $723.2 million in support of these and other programs, resulting in the creation of small programs in several institutions in the United States that promote lifelong learning, earning him recognition  by the Chronicle of Philanthropy  as  the third most generous donor in America for that year.

Now 86, Bernard Osher has made public his  plans to donate his entire fortune to worthy causes, with the intention  of helping members of several generations lead more fulfilling lives through his contributions.