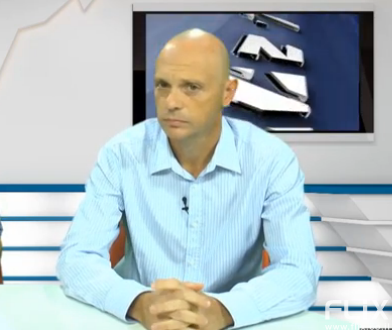 Deutsche Bank Hadar Oshrat
–
“2014 will be a turnaround year in terms of foreign investor activity in the Israeli market, ” says Deutsche Bank head of Israel equity sales and trading Hadar Oshrat. “We are seeing early signs of an awakening in their activity, and we are coming out of the bottom. I doubt we will return to rates of 40-50% of trading, but we will rise from the lows of 5-10%. Foreigners will once again be a more significant factor.”Oshrat breaks down the foreign bodies that are active in Israel into three groups: large funds that engage in long-term investments, “slow moving ships, ” as he calls them; hedge funds, which focus on shorter-term investments; and relatively small, boutique investment funds, which focus on investments in a specific sector, and look at smaller companies as well. According to him, there is rising interest among the specialized funds. “Another category is ETFs, passive money, which made up a significant portion of foreign activity in 2013, but we would like to see the other categories become more significant, ” said Oshrat.“2013 was a good year in terms of returns, ” says Oshrat. He analyzes the sectors that interested investors in 2013, and predicts what the hot sectors will be in 2014: “We saw money primarily coming into communications and chemicals, and there are signs of expansion into other sectors as well, such as banking and the food industry. Some of banks’ surplus yields are attributed to the entry of foreigners, who see in Israeli banks conservative management, reasonable returns on investments, and satisfactory, adequate ratios.”With regards to this, Oshrat says: “Non-cyclical consumption will become more active, with stocks such as Osem, Strauss, Shufersal, and Rami Levy, which are coming on the radar for foreign investors. This illustrates a phenomenon: in the past, foreigners looked mostly at valuable companies, like Bezeq, which issues huge dividends, and today they are looking at growth companies as well. Therefore, an interesting third sector is high-tech: stocks like Nice, Elbit, and others, and also a few biomed stocks.”

Regulation, negotiability and the geopolitical situation are factors that usually deter foreign investors. “Regulatory uncertainty does not allow foreigners to make investment decisions, ” says Oshrat. “For example, the regulation and the decimation of value in the telco market. In 2013, the new wave of regulation passes, and allowed foreigners to return. Likewise, regulation of natural resources, and the cloud surrounding Israel Chemicals. A solution is not on the horizon, and is impeding foreign investment.”

On the subject of negotiability, Oshrat says: “a foreign investor may find an attractive stock, but its liquidity is a significant barrier to investment. The problem begins with the float. This impacts the liquidity and their ability to trade in Israel. It is a problem that the Tel Aviv Stock Exchange and the Israel Securities Authority will need to handle, and handling it correctly will allow for increasing the trading volumes on the stock exchange.”

Despite the return of the foreigners, Oshrat notes that there are stocks that are “uninvestable.” This has a broader impact on trading: “A large portion of the stocks on the Tel Aviv 25 Index are like this, ” he says. “Foreigners are not willing to touch insurance companies or holding companies. It would be better if the index were to include more stocks that are on the radar in their place – technology, industry; then the index would more accurately reflect what is going on in the economy. We believe it is step that, if it is taken, could help foreigners, and also the domestic market.”

“I expect that the positive trend will continue. Over the years, when the returns were positive, to a certain degree, foreigners played a significant role in the matter, and, as mentioned, I expect their activity to grow. I think that Israel has fiscally responsible policies, with monetary policies that encourage growth, and in the background, there is the matter of the gas. All the fundamentals support a continuing rise. The big problem is the exchange rate, which makes it difficult for Israeli companies, but comparatively speaking, the situation is not bad at all.”